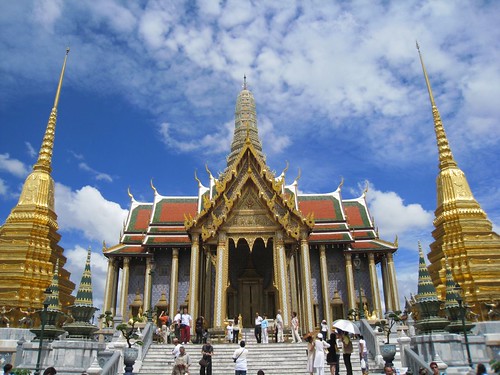 On my second day in Bangkok, I took my first Thai tuk-tuk ride to the starting point of a walking tour suggested in my guidebook as the one I did in Kathmandu turned out to be a pleasant surprise. My first stop was the white-walled Grand Palace and Emerald Buddha Temple. 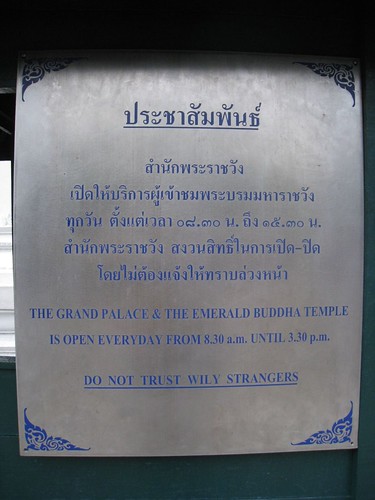 Before I reached the main gate, a guy who appeared to be guarding a non-tourist entrance struck up a conversation with me. He seemed friendly, indicating the sight was closed for a few hours due to a ceremony for a relative of the king who had died earlier in the year. I can't recall if he tried to sell me on transport or an alternative at that point, but I headed onward toward the main gate where a sign clearly warned tourists not to trust ” wily strangers.”? And of course my guidebook was plastered with warnings (as usual) not to trust people who say a hotel, sight, temple or whatever is closed or under repair. The Thai scam is to sell you on some alternate, short-term form of sightseeing whereby the guy will earn a commission, thus allowing you to return to your original sight of interest later. Later, I'd find out it was just a small section inside which was closed to tourists. 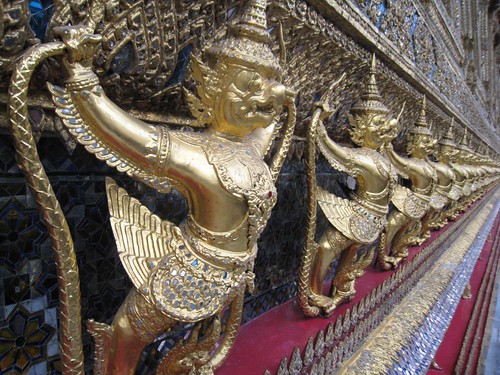 Once inside the complex, I was blown away by the beautiful Thai architecture. I'd seen a glimpse of the unique style in Bodhgaya, and it was in full effect around the Palace and Temple. The facades of the buildings and statues were covered in small colored tiles, many of them mirrored. They formed massive mosaics which sparkled and shined in the sunlight. When people ask me if I miss home or whether it is hard to travel for such a long time all at once, I tend to reflect on moments like these and always respond ” nope!”? 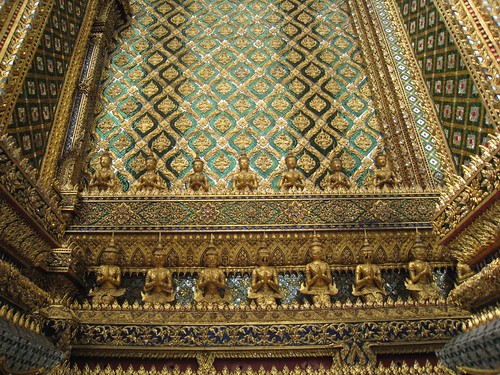 The Emerald Buddha is actually made of jade, and the little guy sits atop a stunningly ornate golden altar. No photography is allowed inside the temple, however visitors did have room to sit on the floor and admire the interior decorations. 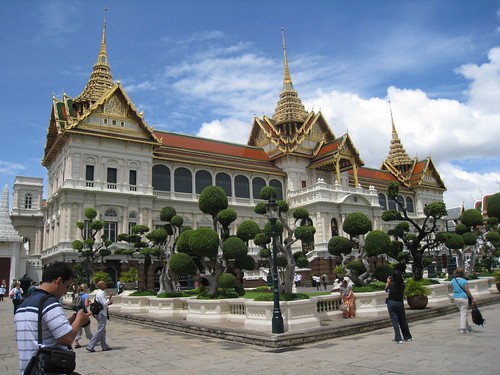 Back outside, everyone was taking photos like mad. I can't recall the last time I was at a site and saw so many tour groups. I relished my independence. I rarely remember the facts thrown out by guides. Usually, I'd rather simply remember the sense of amazement I feel when seeing a special sight for the first time. 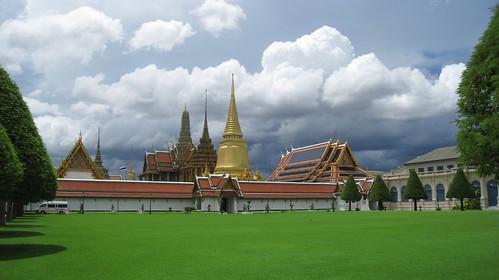