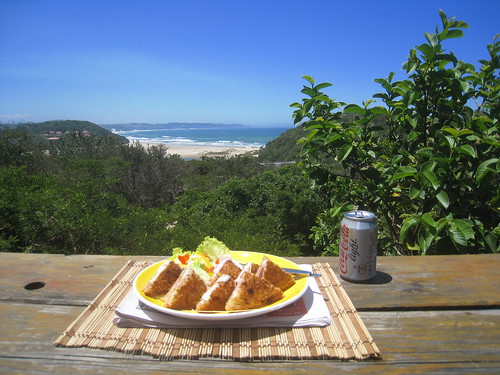 The moment I stepped out of the Baz bus at Buccaneers, I knew why it was so popular. Situated on its own undeveloped coastal hill, the views of the beach and ocean were stunning! The constant sound of waves crashing could be heard from the porch of the Blue Dorm where I took a bed. It was a beautiful day, the sun was shining, and Bob Marley was blasting from the bar. I ordered a ham and cheese toastie and soaked up the view before walking 5-10 minutes down to the beach. It was barren, unlike any other I'd experienced. Chiantsa was my first stop on The Wild Coast, so named for its lack of development. 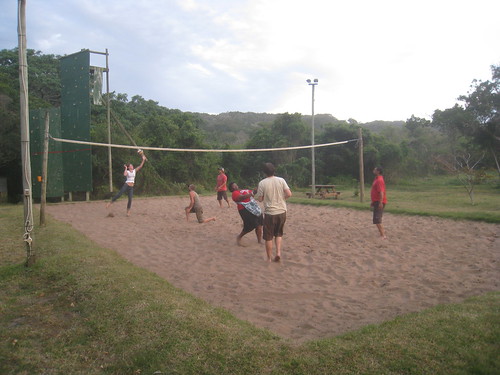 Buccaneers offers a free daily activity, and Wineball was on the docket for my first day. Using free boxed wine, backpackers are enticed to partake in beach volleyball by the pool. It turned out to be a great icebreaker with lots of people participating, and the rest drinking and chatting on the side. The ball was very hard, so almost everyone vocalized their pain from hitting it at one time or another. Many of us were left with bruised thumbs or wrists the next day.  The energy level and trash-talking were raised even higher when Johnny, one of the Baz bus drivers, joined the fray.  Most of the jokes came at the expense of Mbali, one of the many friendly staff who worked at the backpackers. 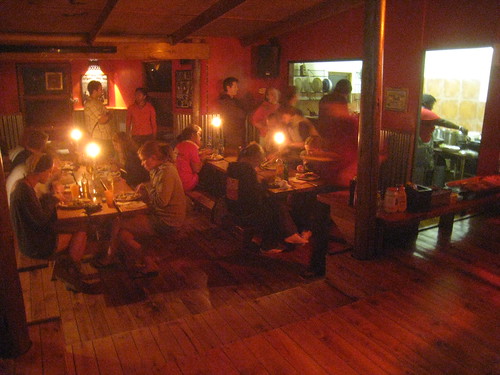 The communal dinner of bangers and mash was a big draw, filling up the bar in the early evening. 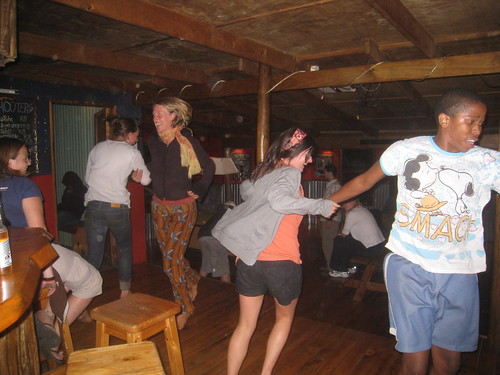 After food, events began to blur. Pool was played, drinks were drunken, and dancing and merriment ensued. At one point, long after the bar had closed, a group of us were on the deck sitting around singing songs (quite poorly I imagine). The next morning, I found out the people camping could hear us loud and clear, while a couple was so upset by the noise, they refused to pay for their night's accommodation.