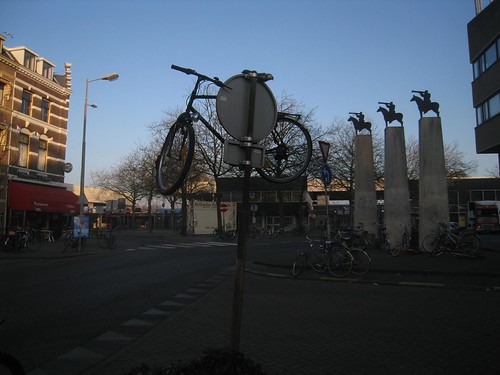 Gela greeted me bright and early in the morning. Breakfast was white bread topped with chocolate sprinkles, an unheard of combination in the USA, yet apparently the second most popular topping after butter for the Dutch! We both headed to the train station with our backpacks. She was making her way to the airport while I was simply going to the neighboring town to kill 6 hours before my bus ride to Paris of the same duration. I hunkered down in a restaurant across the street from the train station, writing, reading, eating, drinking, and generally spacing out in a state of semi-consciousness. 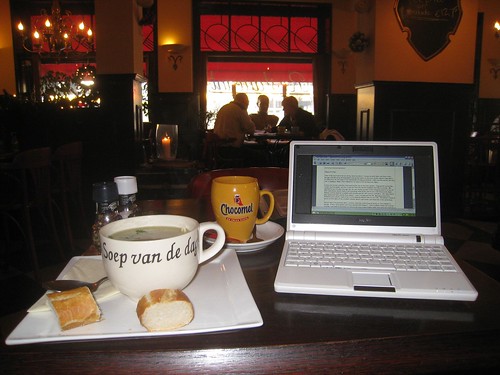 The Eurolines bus ride was timely and uneventful. I arrived at the Paris bus station, and met up with Laura who was coming from the metro to collect me. She was the picture of Paris, complete with red beret. We met 7 months ago on the train from Varanasi to Agra (and the Taj Mahal) in India.

We took the metro back to her apartment in the eastern part of the city near the Bastille, catching up along the way. She warmed up some pasta and a hamburger as I hadn't eaten dinner. I had barely enough time to shower before her friends, mostly fellow medical students, began to arrive around 10pm. Everyone arrived with a bottle of wine or beer to share, and soon we were all seated in a little circle as cigarette smoke filled the room and the latest gossip was shared. I was witnessing the French version of ” Grey's Anatomy.”? 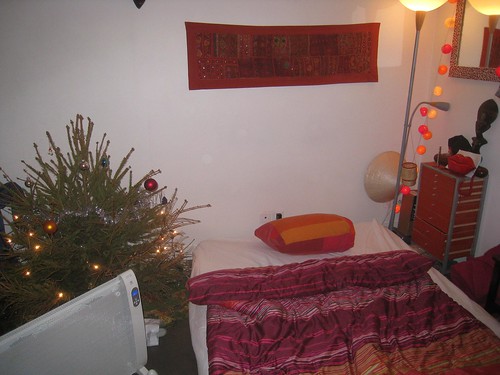 Laura, knowing I didn't speak a lick of French, was very good about ensuring I felt included in what was happening. Thankfully, some of the guys spoke good English so I could establish my own conversations. And the girls tried, which I appreciated. One of them, Manon, was doing a year's study abroad, in Madrid, so I made sure to get her e-mail address in the hopes of a future couchsurf. It was somewhat comforting to know a lot of the people I met this first night would also be at the New Year's party.