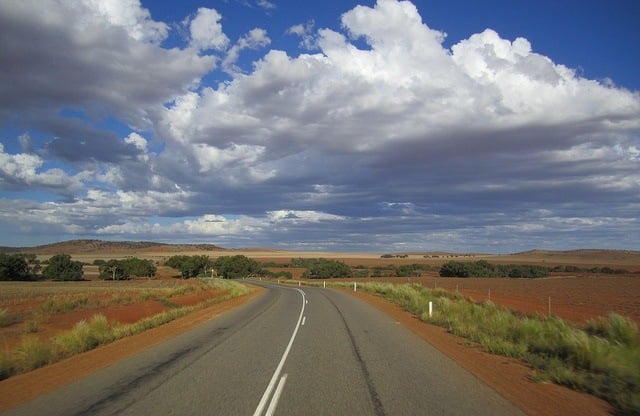 As far as states go, Western Australia is a bit of an overachiever.

Over one thousand kilometers north, the state holds another record with the mining town, Marble Bar, breaking the longest consecutive days above 38 degrees at 160 days. This record had stood since in 1924.

While the heat is something that will take getting used too, Western Australia’s expansive size is something you need to consider, especially if you are planning on exploring the state by road.

King among the state’s roads is the Northwest Coastal highway.

Going from fishing town Geraldton to iron ore hub Port Headland, the highway stretches an impressive 1,320 kilometers – roughly the same as driving one and a half times from Sydney to Melbourne.

If you’re a road trip fan (and you should be), it doesn’t get more ultimate than that. A word of warning, don’t try to do the distance in a Mini Cooper.

The landscape can be harsh and at times you won’t see a town for hundreds of kilometers.

If you are planning on cruising the Northwest Coastal Highway, you’re going to need a kitchen, a bed, and plenty of room for storage – in short, a campervan.

Campervan rental company, Britz, have a beast called the ‘Safari’.

Carrying a five-man tent, this car may look like a mere 4WD, but it will transform before your eyes into a kitchen, complete with a gas stove and yes, even a 32-liter fridge for the beer.

You can pick it up from Perth starting at $89AUD per day.

For those after a more romantic ride, Britz also has the ‘Challenger’, a campervan with a two-person bed that pops up in a compartment on top of the car.

But good road trips are not just about driving, they are also about the stops along the way.

If you do power up the Northwest Coastal highway, here are our top picks for driving destinations. 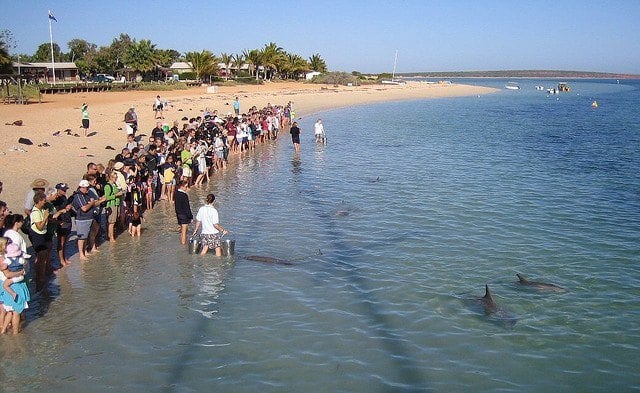 An eight-hour drive from the WA capital, Perth, you’re probably ready to get your legs moving again.

Monkey Mia is one of Australia’s best dolphin watching destinations.

You won’t have to look very hard, as these mischievous creatures come to shore almost daily to be hand fed.

The site is also a marine behavioral research center and is the only places in the world where wild dolphins have been seen using tools.

Situated on a premium stretch of endless coastland, there is more to do at Monkey Mia than just watch dolphins.

Take a sunset walk through the sand dunes on the Monkey Mia Trail, and see some bird life unique to the area.

Go fishing and catch your own dinner, or if you’re looking for something a little more unusual, ride a camel along the beach.

There are four caravan parks in the Shark Bay region, including the Monkey Mia Dolphin Resort, which has powered sites from $44 a night. 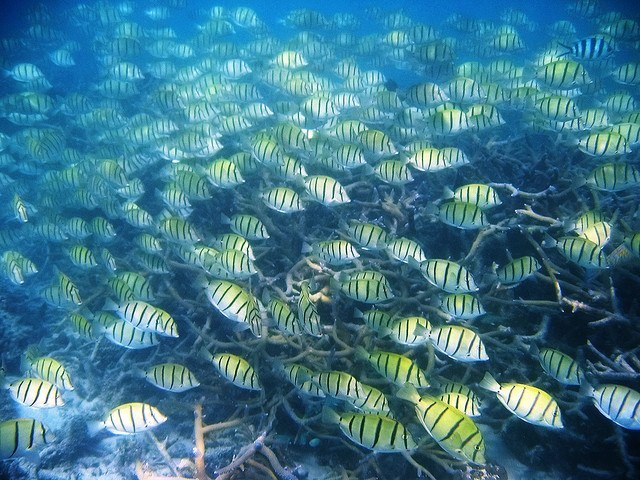 Seven hours drive north from Monkey Mia, Ningaloo is home to another rare form of marine life, the whale shark.

These sharks grow up to 16 meters long and have distinctive white spots and stripes.

Between March and July, you can even take a swim with them – since these beasts are krill feeders, you should end the experience with all limbs intact.

Ningaloo is also home to one of the largest fringing coral reefs on earth.

Grab a snorkeling mask and jump in the water to see manta rays, turtles, exotic fish, and the occasional humpback whale.

Jump back in the car for six hours, and turn off right near the highway’s endpoint for the spectacular Millstream National Park.

Homeland and tribal meeting place of the Yindjibarndi people, this region is steeped in Aboriginal history and legends.

Millstream National Park is almost like being in three different landscapes at once.

Take a bushwalking track along the Chichester Range, and cool off in the frequent swimming holes.

If your legs really need a stretch, climb to the top of Mount Herbert.

From there, you can take happy snaps of the picturesque view of the natural landscape and the historic Millstream Homestead.

This post was brought to you in partnership with Britz.