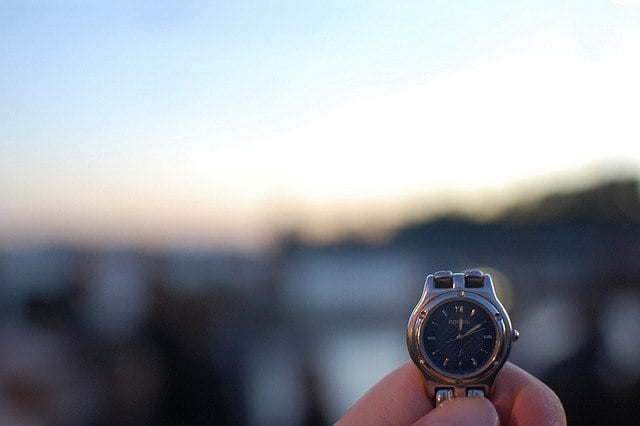 After midnight in St. Petersburg. (photo by pthread)

[A] funny thing happened when we arrived in St. Petersburg, Russia.

Our train from Moscow, one of those fast trains that takes you up to 250 km per hour, arrived at near midnight… and yet, the sky was still bright as day.

We hustled around from taxi to taxi, and walked around in search of our hostel's entry door (always a struggle when staying in apartment hostels in Russia), all in the light of day.

Obviously, our sleep schedule was about to be thrown out of whack, and furthermore our minds – but that's what happens during the season of White Nights in St. Petersburg. 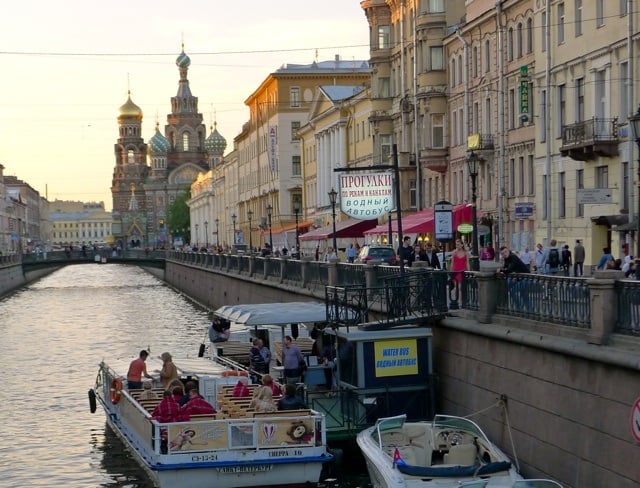 Church of Our Savior on Spilled Blood in evening.

White Nights, or midnight sun, is a phenomenon that happens each year from around June 11th to July 2nd.

For regions near the Arctic Circle, the sun can remain in the sky for almost an entire 24 hours, but in St. Petersburg, it seemed that the sun was setting around midnight and rising again at 4 am.

Quite the spectacle nonetheless!

For this reason, I highly suggest making sure your hostel or hotel room windows have thick curtains if you hope to get a reasonable amount of sleep.

Prime tourist season occurs during the White Nights of St. Petersburg, as well as celebrations from locals alike who told me they often get very little sleep during these weeks of the year. 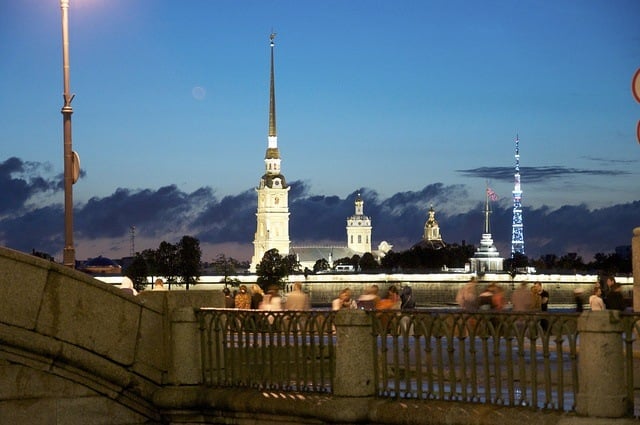 Peter and Paul Fortress late at night. (photo by infanticida)

Being a Tourist During the White Nights

The White Nights season is the perfect time to be a tourist in St. Petersburg as it means you literally have more hours in the day (of sunlight that is) to do your sightseeing.

Not only that, but shops and restaurants tend to stay open late, so you are always able to keep yourself busy – and you don't have that blanket of darkness that causes a sense of uneasiness in a foreign city to hold you back.

In addition to the longer sightseeing hours, the following makes it a great time for a tourist:

This international arts festival fills the city with top opera singers, ballet dancers and musicians putting on performances in the “Stars of the White Nights Festival”.

The “Scarlet Sails” celebrations happen during the White Nights Festival and involved a huge public event with fireworks that also mark the end of the school year in June. Tons of boats full of pirates take sail on the Neva River, while millions of people watch the event.

Several carnivals present themselves to the public during the White Nights Festival, with the most popular one being in the Peterhof suburb.

A popular tour company, Peter's Walking Tours, offers this ride during the White Nights season for a different perspective of the nightlife vibe – with stops of course at the Neva River, Palace Square and more.

By taking a tour at this time of day, you get to experience the vibe of the city at “night”, as the sun finally sets and the bridges and buildings take light.

Since my hostel window was open directly to one of these canals, I can attest to just how lively the night becomes in St. Petersburg, especially with many small boats bringing quite the party.

The White Nights of St. Petersburg can be a disorienting time for your body, but if you're a traveler wanting to see as much of the city as possible, I highly suggest a visit during this short time of year.

How soon can one book hotels before the white night season?

Great ideas...I would love to do the midnight bike ride.

This is what I wrote in my blog about my staying there...