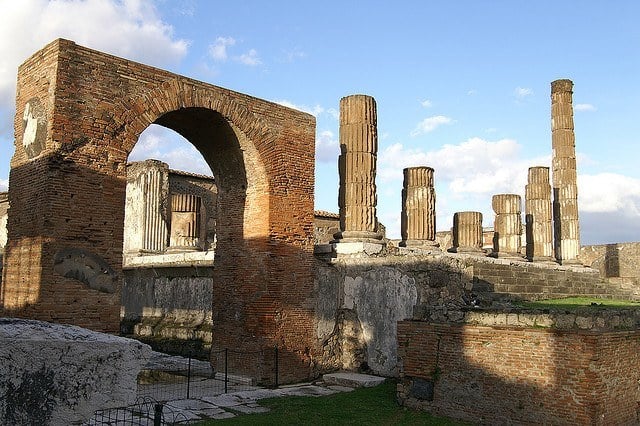 Europe contains many places that are stunningly beautiful, profoundly fascinating, or significantly important.

Some destinations are all of the above!

While any list of ‘must-see' places can only ever be subjective and open for debate, the following ten must-see destinations are certainly up there with the most exceptional Europe has to offer.

1. The Ruins of Pompei, Italy

A visit to the ruins of Pompei in the south of Italy is a genuinely moving experience.

Preserved beneath layers of volcanic ash, the everyday life of the city's inhabitants in the 1st century AD is there for all to see.

Disaster struck in AD79 when the volcano exploded, and as well as the ruins of houses, shops, and temples are the bodies of people who tried to flee the onslaught in vain. 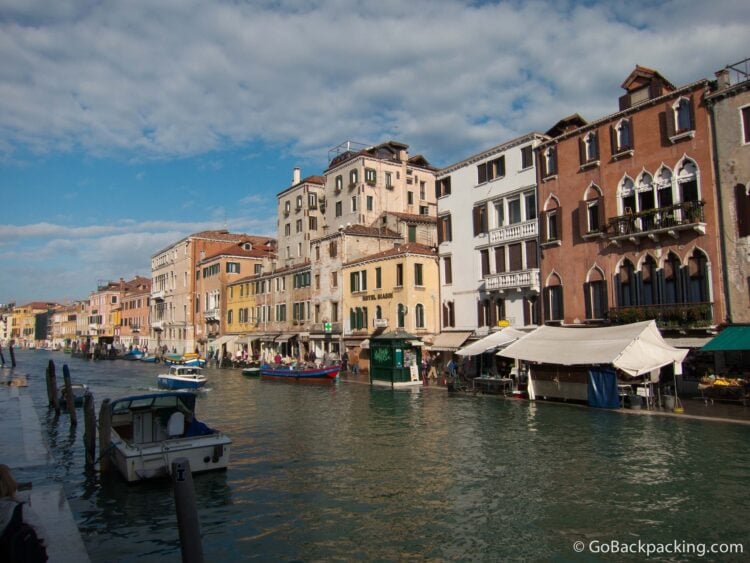 Still, in Italy but much further north, the popular city break destination of Venice is sadly under threat.

Built on more than a hundred small islands and crisscrossed by myriad waterways, this beautiful city is sinking by two and a half inches a decade.

There are elaborate plans to save it, but geological shifting may well eventually triumph, so see it while you can.

The architecture is stunning. There are endless waterfront buildings, with gondolas gliding past.

It was called ‘the most beautiful street in the world' in the 15th century by the French king's ambassador, and many would say it still is. 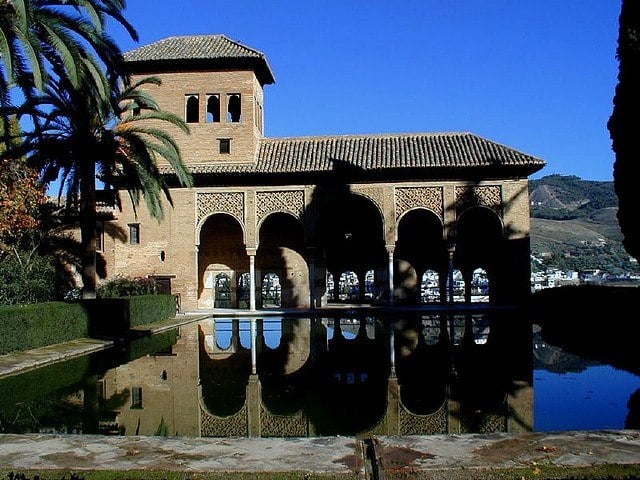 The Alhambra Palace at Granada in Spain is more of a fortified city than a palace.

Building began in 1238, as a secure and prestigious residence for the Nasrid King, el Ahmar.

It has been added to since then, and today, visitors can walk throughout the complex, taking a magnificent journey through centuries of architecture.

Views of the surrounding countryside are framed in beautiful and delicately carved windows.

If you visit in July, you might be lucky enough to get tickets for one of the performances at the annual Music and Dance Festival.

Perhaps one of the most iconic structures in Europe, the Eiffel Tower was built for the World Fair, held in Paris in 1889.

Its designer, Alexandre Gustave Eiffel, only ever intended for it to stand for 20 years, but the fate of this giant structure has been different.

It's 324 meters high and contains more than 18,000 pieces of wrought iron. It's open to the public every day, and those who go up it are guaranteed the best views of Paris.

Down in the south of Germany, the Bavarian Alps are home to Schloss Neuschwanstein, a giant castle that looks like it comes straight out of a fairytale.

It was built in the 19th century for King Ludwig II, who surprisingly only ever spent 11 nights here.

It's one of the most photographed buildings in the world and contains many sumptuously furnished and decorated rooms.

If your backpacking itinerary should find you in Germany during the winter, you really should visit one of the traditional Christmas Markets.

Held in several towns and cities across the country, including Cologne, Munich, Bonn, and Frankfurt, these are an antidote to the usual plastic commercialism that prevails in the run-up to the festive season.

Traditional craftwork such as carved items, candles, and wooden toys are on sale, and there are plenty of stalls selling authentic German food as well as hot mulled wine.

The outdoor markets usually start in the last week of November and run right through to Christmas Eve.

If the Eiffel Tower is a leading symbol for France, perhaps Germany's equivalent is the Brandenburg Gate.

Built in Berlin in 1791, it was the impressive entrance to the grand boulevard of Unter den Linden, leading to the Prussian palace.

However, by the 20th century, the Gate was a symbol of the division between East and West during the Cold War, lying along the route of the infamous Berlin Wall.

When the Wall fell in 1989 during the peaceful revolution that ended the Cold War, the Brandenburg Gate was opened once more, and the people of Berlin could travel freely from East to West. 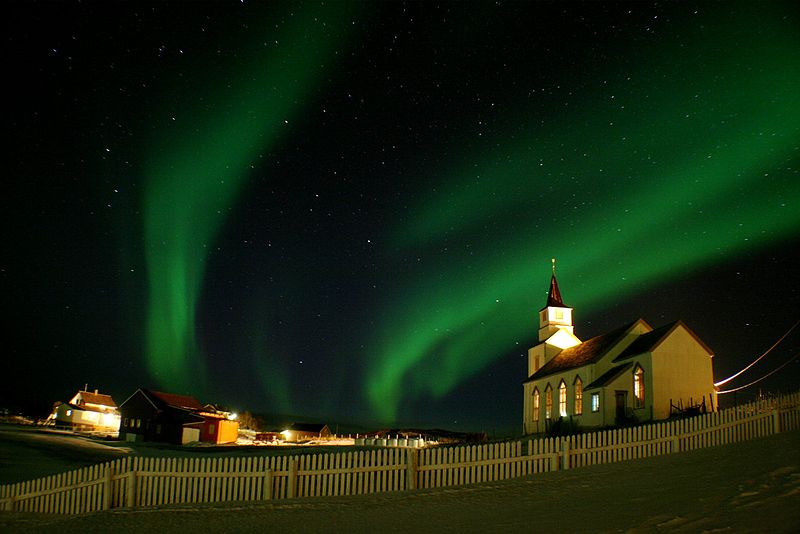 The next place all backpackers should head for isn't a place at all, though you'll need to travel into the Arctic Circle in Norway to see it.

The Northern Lights are an awe-inspiring sight and can show themselves in various ways.

Sometimes, three green bands appear across the sky; at others, there's more of a flickering curtain of lights.

Along with the main color of green, you can see pinks and violets too.

You need to visit between the autumn and spring equinoxes (21 September and 21 March) to see the Northern Lights and be warned, patience is required.

Sometimes you'll be rewarded with a display that lasts for hours, but at other times, nothing can be seen.

Set aside a week in the area if you can, and you'll stand the best chance of seeing this miracle of nature.

Meanwhile, in the UK capital of London, the Globe Theatre is a great place to see performances of the human variety.

It's an accurate reconstruction of the original playhouse built in 1599, where Shakespeare's plays were first performed in the open air.

The season runs from April to October and includes works by the great Bard himself, as well as those of his contemporaries such as Ben Jonson and those by modern playwrights too.

The audience gets the full Elizabethan experience, either from a seat in the gallery or by standing in the central yard as a ‘groundling'.

A must for anyone with any hippy credentials, Stonehenge is a collection of huge pre-historic standing stones near Salisbury in the UK county of Wiltshire.

No one knows why it was built or who built it. Various theories have been put forward.

It may have been a temple dedicated to worshipping the sun, or a burial site, or perhaps a giant calendar.

Equally puzzling is how the people who made it managed to transport and erect the stones using only the most primitive equipment that would have been available to them.

The above attractions are only some of the fantastic sights that can be enjoyed when traveling around Europe.

There are plenty of other things to see and do during your travels, so if you are still in the process of planning your 2012 holidays, you may want to check out some of the attractions and countries listed above.

i just write about travel in Glasgow. you have a nice blog. I am Malaysian. Some article dedicated to people who plan to travel to Asia.

I'd say Stonehenge is a little overrated. Avebury is where the fun is at. Much cooler arrangement of stones. Ah, who am I kidding? I just love the pub next to it!

I got Stonehenge out of the way on a family trip when I was 16. I remember the electrified fencing to keep the animals away more than anything else.

It's hard to pick only 10 places to visit in Europe. I feel sorry for the ones that were left out: Prague, Florence, Istanbul (which is also in Europe), etc. Europe is the old continent, so in every country you can something extraordinary, proof of the past.

Can u do one for south east Asia and/or Asia ? Thanks!