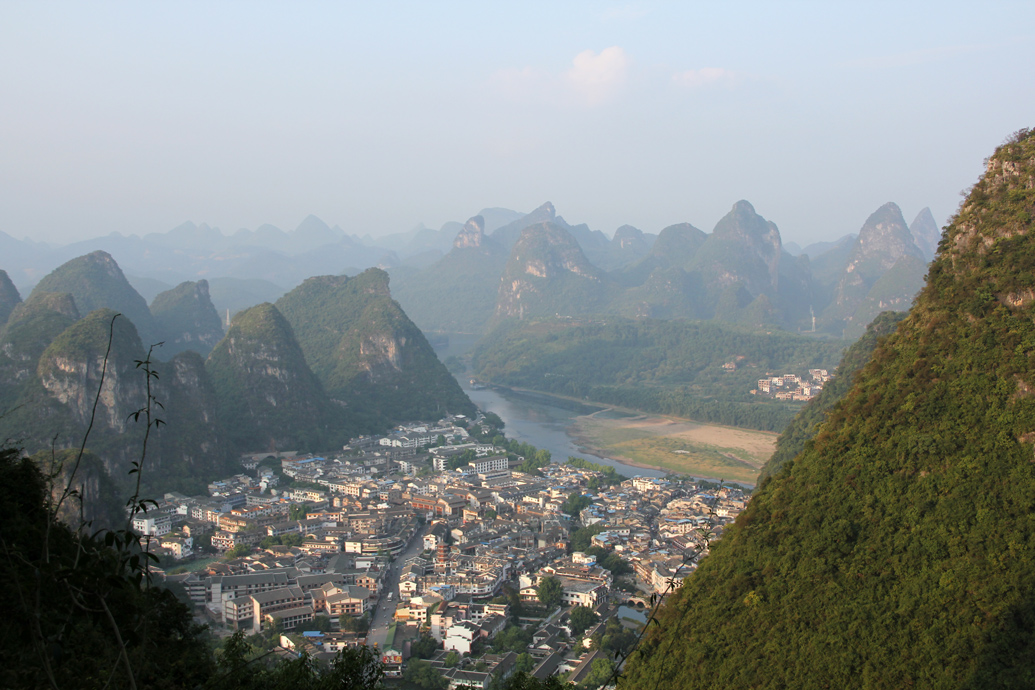 Yangshuo from the top of TV Tower

My most recent trip to China was a month-long visit to Yangshuo, a small town surrounded by karst mountains in Guangxi Province.

The dramatic landscapes and beautiful scenery in the area have inspired the works of countless Chinese artists throughout history.

Here's a small collection of my favorite photos from Yangshuo, China.

It's a grueling 30-minute vertical hike to the top of TV Tower, but the view of Yangshuo town and the surrounding area is absolutely gorgeous! 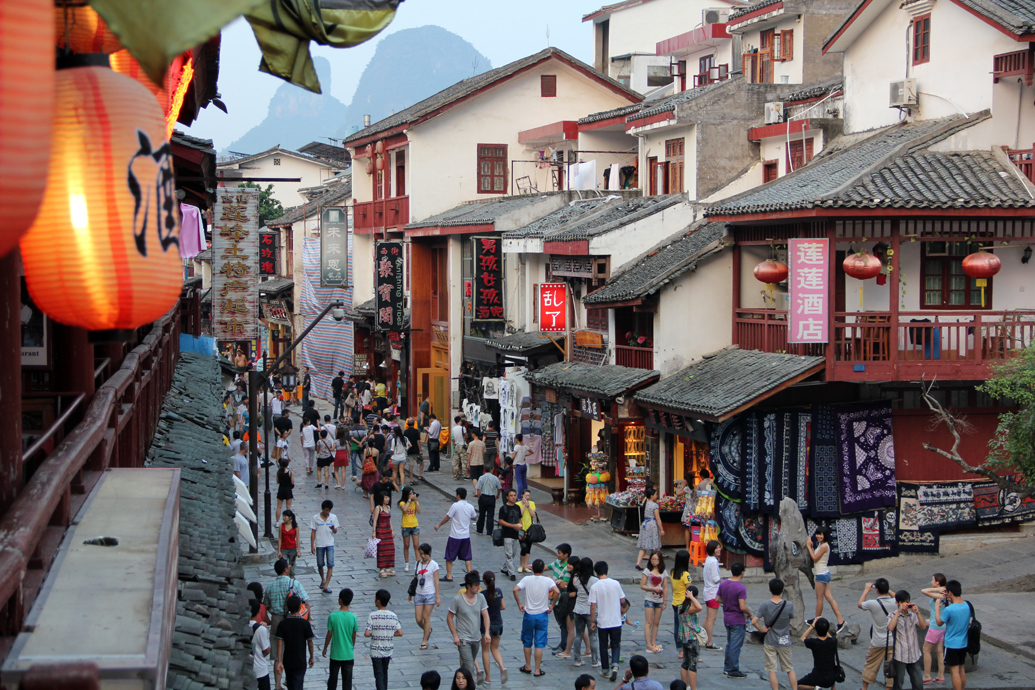 Yangshuo is one of the most popular destinations for Chinese tourists.

Every weekend the population of the town swells with locals getting away from the big city and coming to the countryside. 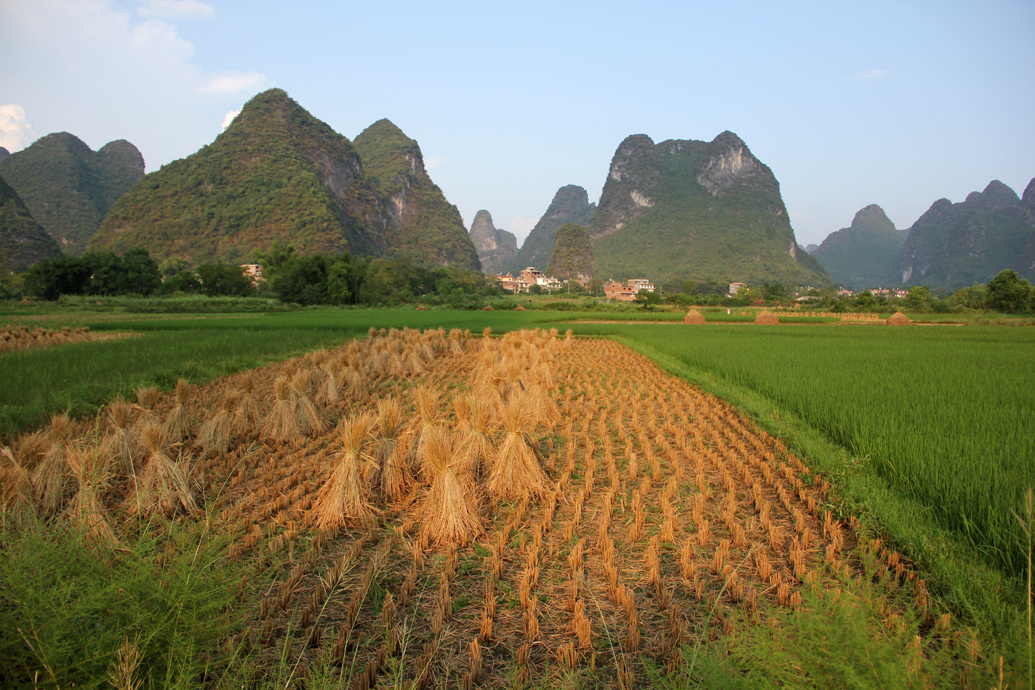 Just moments from the city center is the rural countryside where farms of rice exist in the midst of the kast mountains. 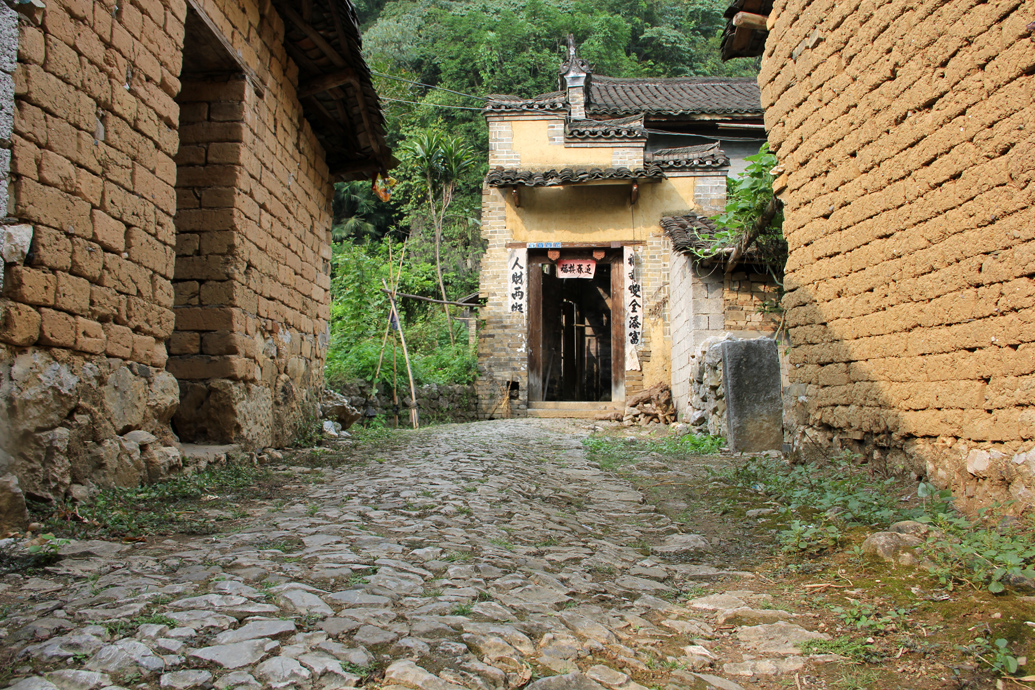 Biking in Yangshuo is one of the most entertaining activities around, and there are countless ancient farming villages to discover. 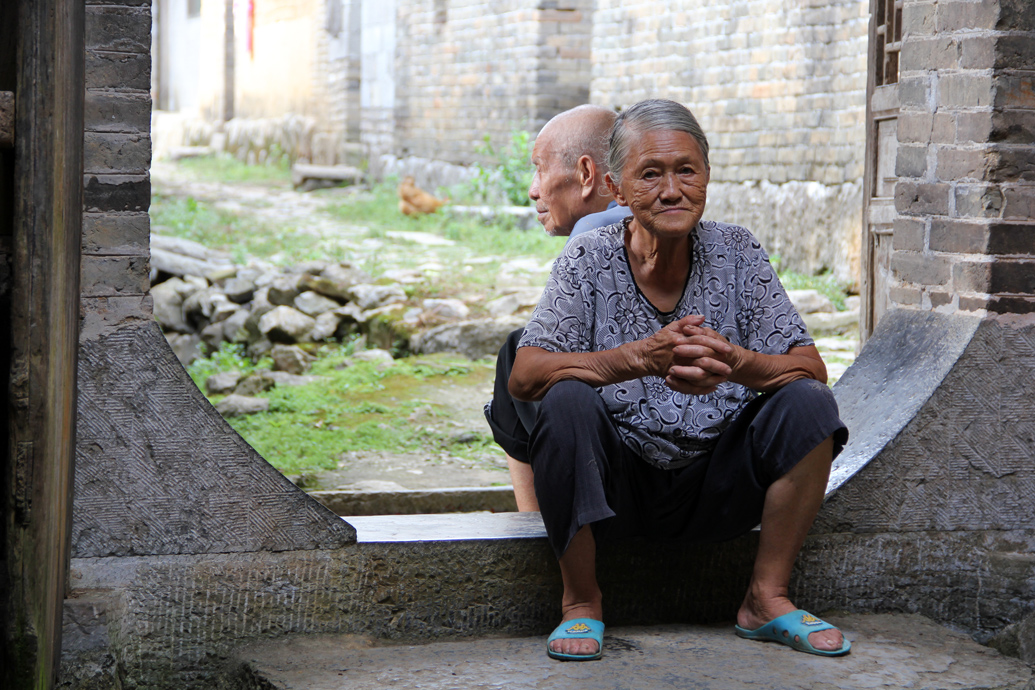 Husband and Wife at a Village in Yangshuo

In some of the ancient villages around Yangshuo, there are still plenty of people living in nearly the same way as generations of their ancestors did.

It's fantastic to see the traditional rural side of China as contrasted from the high paced modern life in China's major industrial cities. 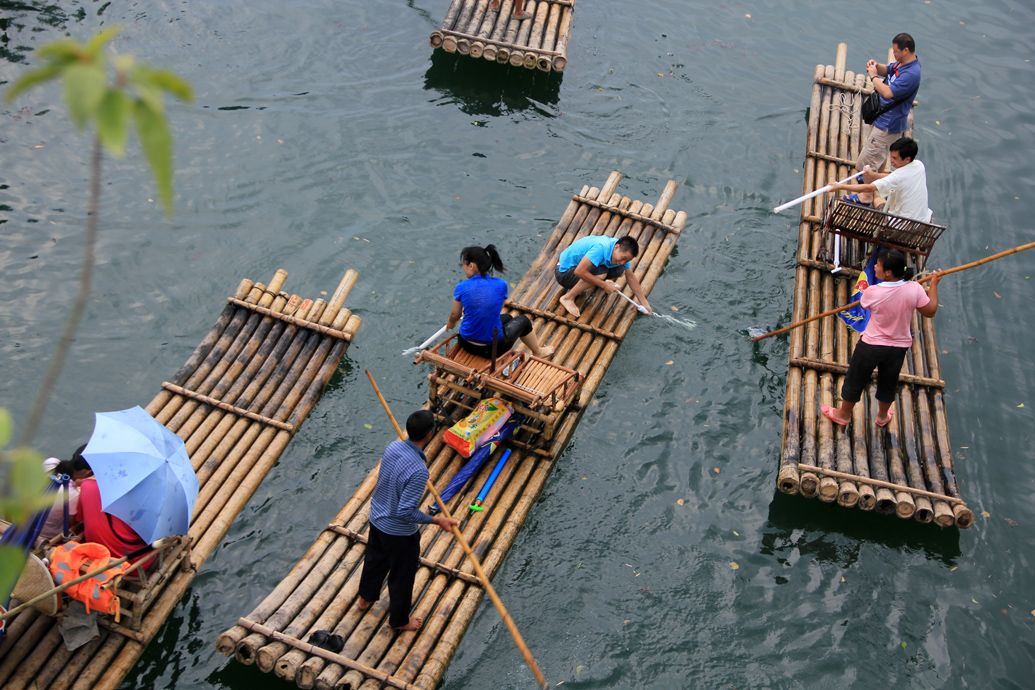 One of the many outdoor things to do in Yangshuo includes taking a traditional bamboo raft down the Yulong River.

Pictured above is a crew of Chinese tourists riding bamboo rafts and shooting each other with water guns! 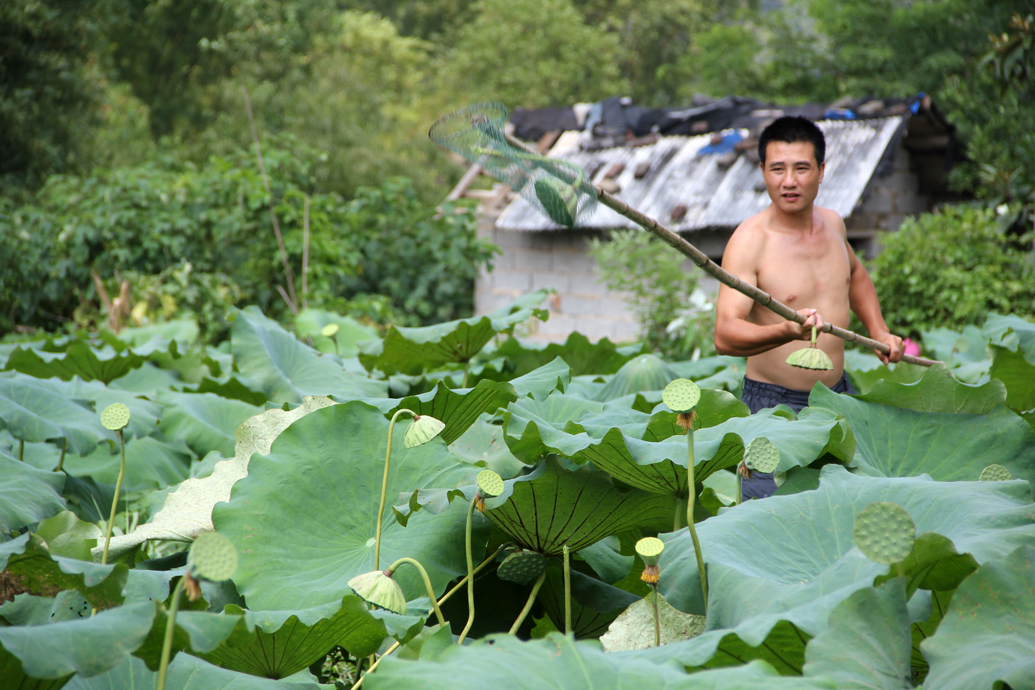 Just a few kilometers from the center of town is a famous lotus patch.

I stopped at the lotus farm to eat a few of the showerhead looking flowers and drink a cool beverage made from lotus nuts and peanuts. 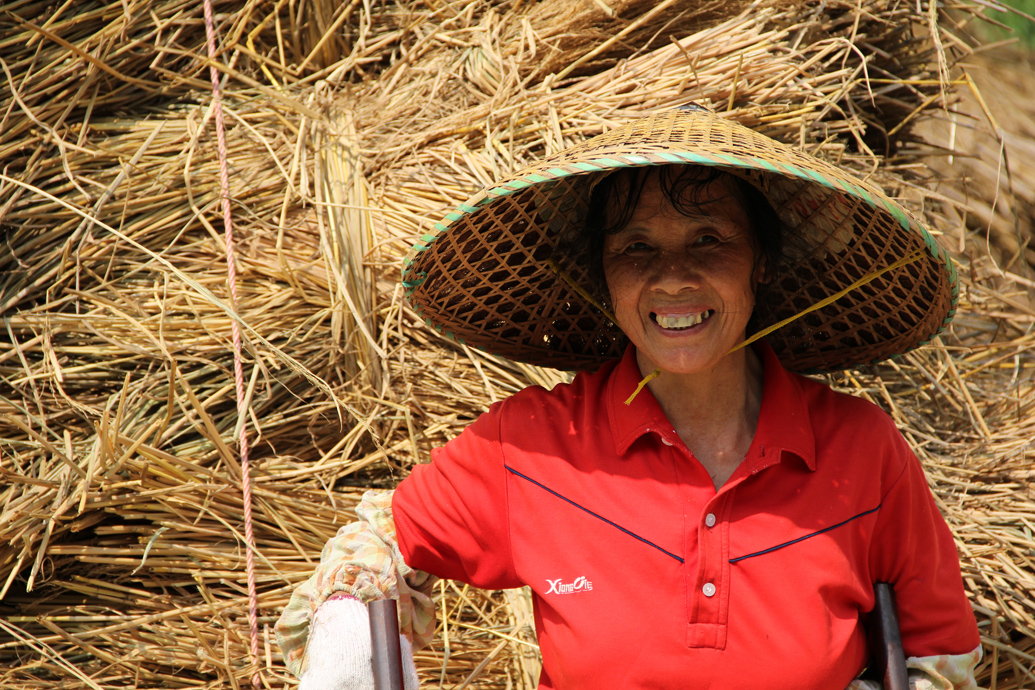 Rice is still life in Guangxi Province, and many people from the area are farmers.

This lady loaded a huge amount of rice chaff on her cart before she rolled it off down the road. 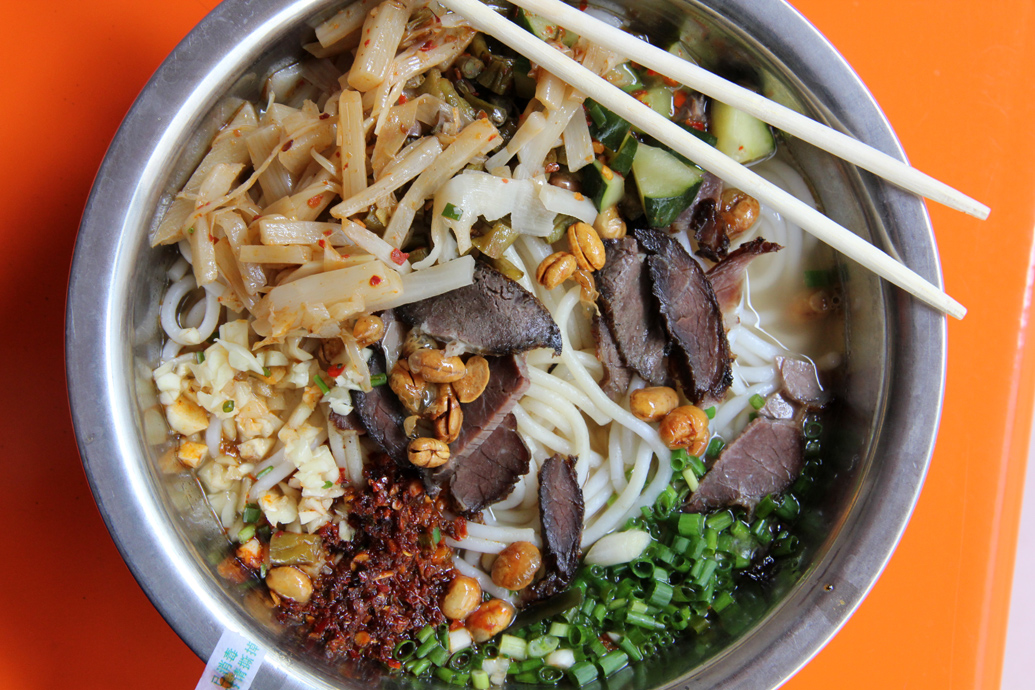 One of the most famous things to eat in Yangshuo is Guilin noodles.

This colorful medley of rice noodles is topped with a variety of tasty toppings and spiced up with a spoon full of dry chili flakes. 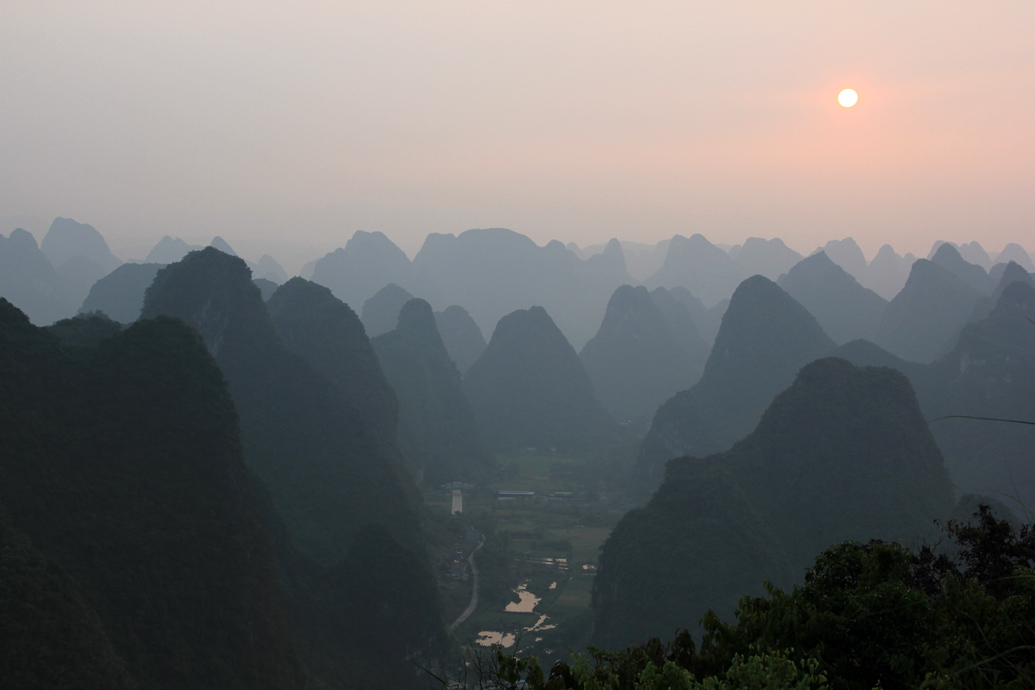 When the sun began to decline it casts spectacular shadows and shades of light on the jagged karst mountains of Yangshuo, China.

It's a perfect place to sit back with a cup of Chinese tea and enjoy the beauty. [gbicon]

From where did you take the last photo of sunset?

This place is totally on my bucket list. Incredible photos! The last snap is just "WOAH, is this real?".

Dang, you have some gorgeous photos right there! I had no idea China looked that way!

Yangshou is a phtotographers paradise...as is Xingping (similar place not far away but without the tourists). I enjoyed the pics...we'll be heading back there for sure.

Mark--as usual, you have made me add another place to my list of must-visits. Thanks!