When we say Munich, one of the first things we think about is Oktoberfest!

This massive beer festival, running from mid-September to the first weekend in October, attracts six million people annually from around the world. But Munich is not limited to this world-renowned event.

The Bavarian city has a lot to offer all the tourists visiting the city. So let's dig a little deeper and find out the top 10 things to do in Munich (apart from drinking beer!).

Check flight prices to Munich using Skyscanner to compare all the best deals to Munich from anywhere in the world. Use the ‘check whole month' feature to find out which day is the best day to fly. Also, download the Skyscanner app using the links below.

Where to Stay in Munich

We recommend starting your search with Hotels Combined to find the best hostel or hotel deal in Munich.

Hotels Combined is a meta-aggregator that combs through all the booking sites (Booking.com, Hotels.com, Expedia, Priceline, etc.) to find the best deal, then lets you book directly on that site. It's a slick resource to save a buck or two when traveling. Try it out here. 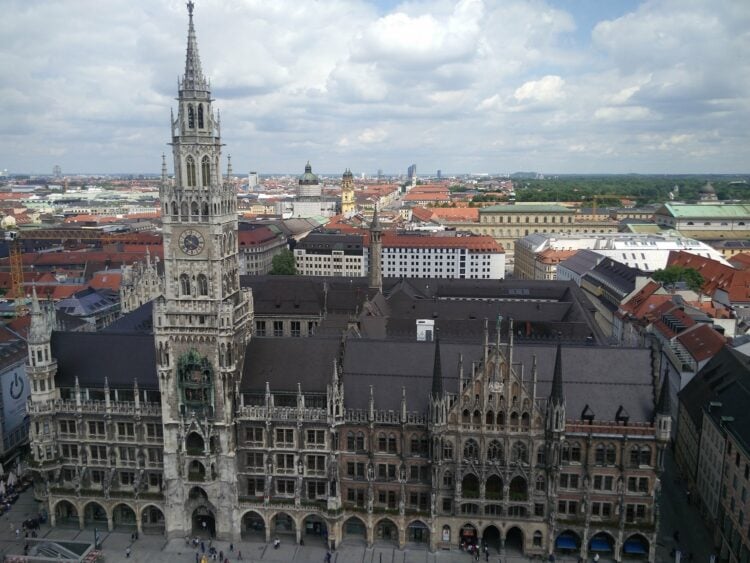 Wanna have a beautiful view of the city center?

For only three euros, head to the top of St. Peter's Church on Marienplatz.

The church, as we know it today, is 650 years old. Therefore, there is no elevator; you'll have to climb all the stairs to get up there (306 exactly!).

But, you have a view of the old town, and you can take great pictures of Rathaus (the city hall).

Tip: if possible, go there before 11:30 am; otherwise, you'll have to wait to buy your ticket to go up, and worse, the place will be crowded. Between the people taking 100 photos to get the perfect picture, and the others taking 150 selfies, it can get uncomfortable. 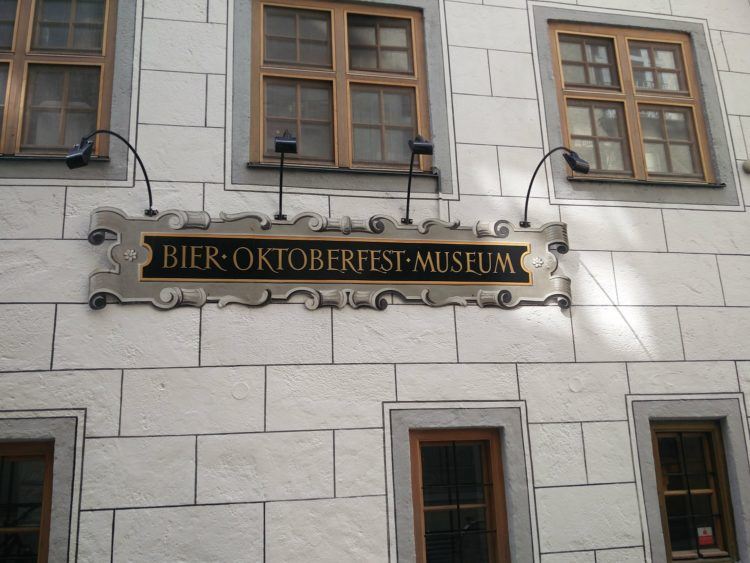 2. Check out the Beer and Oktoberfest Museum

Yeah, yeah, we said earlier to dig deeper than Oktoberfest, but we're in Bavaria, right!?

The lander (region) is where they drink beer just like we drink water. Therefore do justice to Bavaria and have a look at the beer and Oktoberfest Museum.

This is a small museum on a discreet street, and you can get in for only four euros.

Inside, as you might imagine, you'll see videos, documents, and photos recounting the history of Bavarian beer, the history of Oktoberfest, how the “relationship” evolved between beer and Bavaria, and why beer is part of the culture here.

A small museum, but interesting.

Take a Tour: Spend 3 hours sampling Bavarian food and beer, visit the famous Hofbräuhaus, and get a private tour of the Oktoberfest Museum, $39.57US. 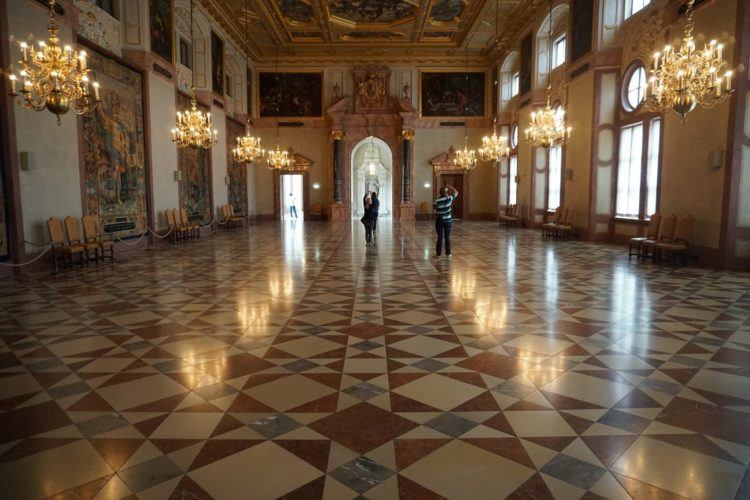 3. Discover the splendor of the Munich Residence

From the outside, it looks like a dull building, not different from other administrative buildings. NEVER judge a book by its cover!

This is the biggest palace in Germany, and what a palace!

It was initially built as a castle during the 14th century and then turned into the royal residence of the Wittelsbach family and a government seat.

The residence was damaged during WWII, but they started restoring it right after the end of the war (from 1945 until… 2003).

There's a lot to see, so it takes at least two hours. This residence has ten courtyards and 130 rooms.

Check out the place for just seven euros! And enjoy its beautiful garden, Hofgarten.

As far as city cards go, this one isn't the best, but it does include public transportation, which can be worth the price right there.

There are discounts at many attractions, including The Beer and Oktoberfest Museum, Nymphenburg Palace, The World of FC Bayern, and more.

You'll get a bunch of discounts at participating restaurants and tours as well. $14.27US per person.

Check it out here. 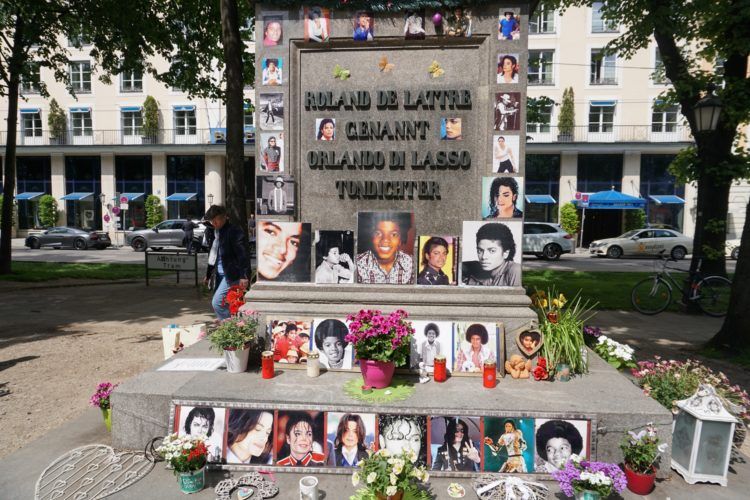 4. Pay your respects to the King of Pop

Michael Jackson officially passed away in 2009, but he's still alive in our hearts, and Munich!

Promenadeplatz was supposed to be in honor of a composer named Orlande de Lassus (he has his statue there), but since 2009, it's a memorial to Michael Jackson.

The shrine is very popular; there are always people around (locals and tourists) admiring pictures of the king of pop. 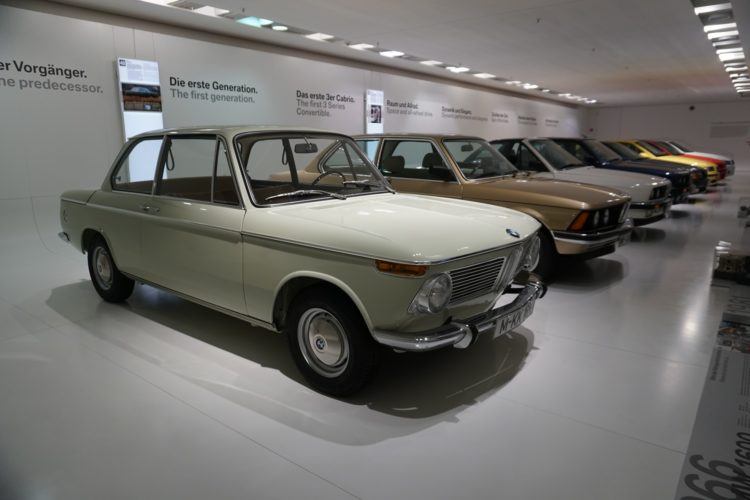 5. See a cool car collection at the BMW Museum

You don't even need to go to BMW Museum to see beautiful cars in Munich.

Just walk around in the street, and you'll see a lot of Mercedes-Benz, BMW, Tesla, Porsche…

But at least in the BMW Museum, you get to know the history of the group BMW, and they display cars from the early 1930s to the latest models.

The entrance fee is 10 euros, but if you don't want to spend money, no problem!

Just go to the opposite building, BMW Welt. You can get in there for free, you can still see BMW cars there, and you can hop in a nice car and take an “Instagram-worthy” picture.

6. Chill out in Olympiapark

There are a lot of green spaces in Munich and Olympiapark is one of the most beautiful parks in the city.

Friends, families, and children go there to relax, picnic, jog, and have a good time!

Destress by having a walk in this enormous park, enjoy the place, and don't forget to indulge in the food.

Another great park in Munich is the English Garden, or “Englischer Garten.” 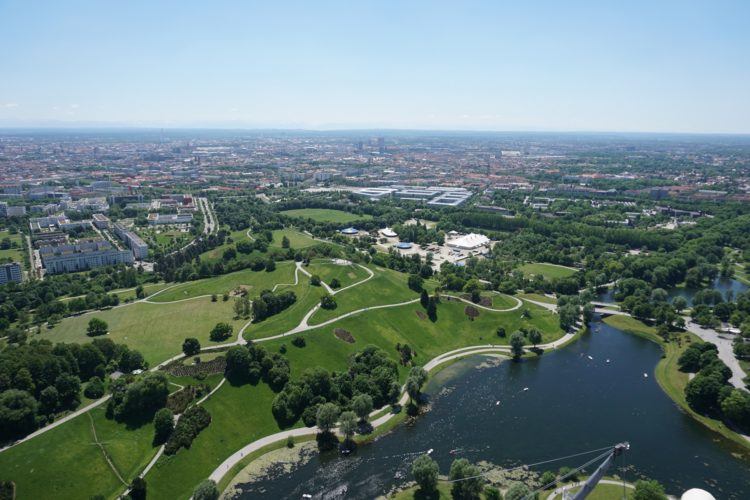 7. Get on top of Olympiaturm

In the middle of the Olympiapark, you'll find a big tower called Olympiaturm (Olympia Tower).

For seven euros, you can go 200+ meters above ground and have a 360-degree view of Munich.

There's also a restaurant and a rock & roll museum up the tower to enjoy! 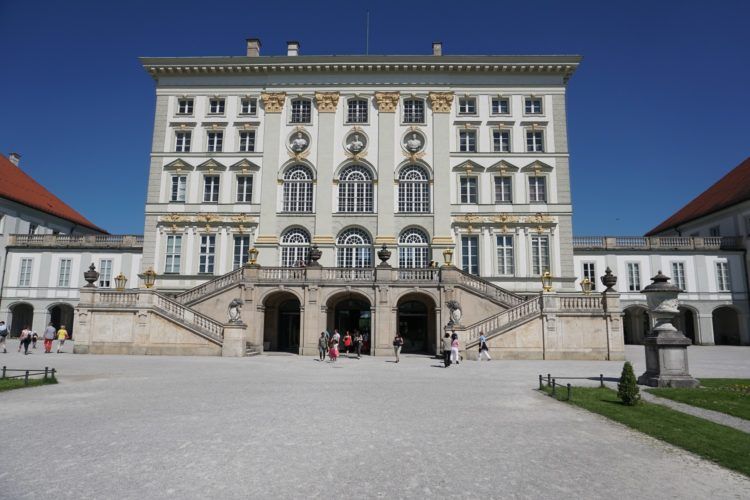 The Nymphenburg Palace was built in 1701, and it was the summer residence of Bavarian rulers.

Boasting 300,000 visitors per year, it's one of the most visited sites of Munich.

This Baroque Palace is divided into different pavilions and wings, and it's possible to visit it for six euros.

The palace itself is gorgeous, but the gardens surrounding it. Wow, splendid! 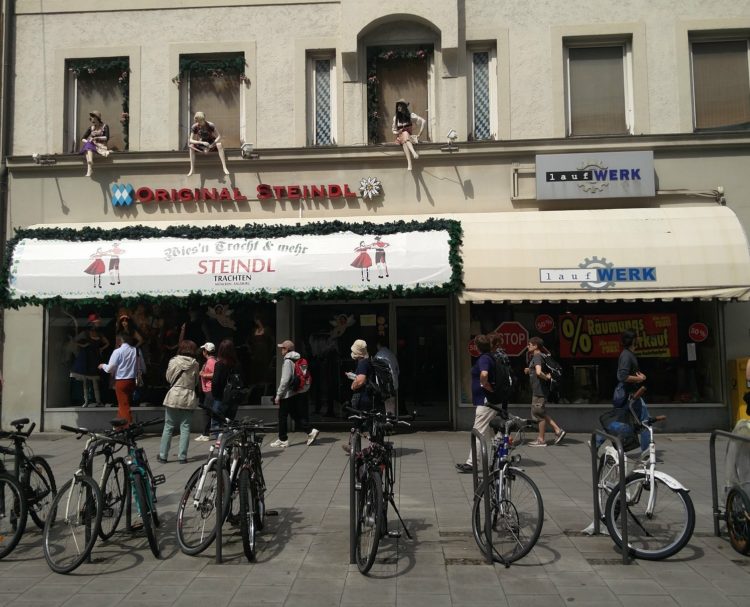 9. Rent a bike and explore the city

It's one of the first things you'll notice upon arrival in Munich. The bikes! They are everywhere!

It's normal, Munich alone has 900 kilometers (560 miles) of bike paths. And its inhabitants all use bikes!

They commute by bike to work; they go to the doctor by bike; they meet up with friends by bike. They all use them when they need to go somewhere.

It's super easy to rent one, and then you can explore the city with complete freedom.

Hauptbahnhof, the central train station in Munich, is the easiest place to rent a bike.

It costs around 15 euros for 24 hours, or four euros per hour. The bikes are in perfect condition. 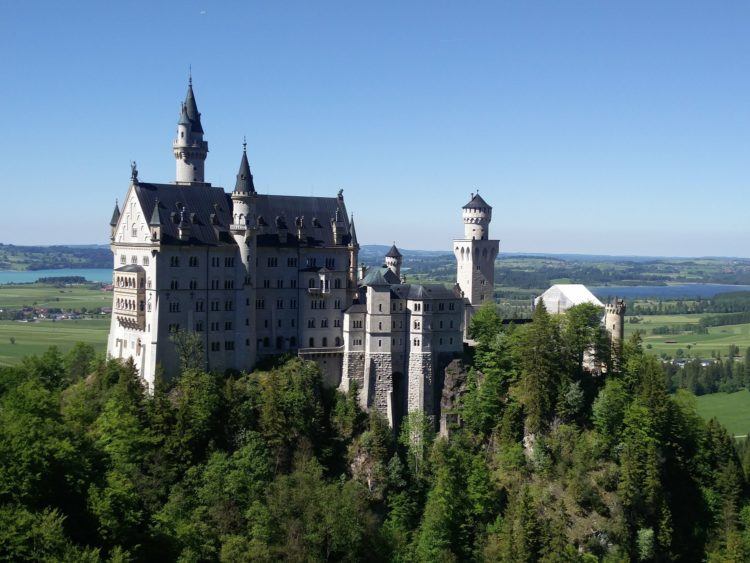 It's not precisely in Munich. But honestly, most tourists who go to Munich, take a day to visit Neuschwanstein Castle. It's a must-see if you're in the area.

This castle was supposedly a source of inspiration for Walt Disney's Sleeping Beauty and is located two hours from Munich.

Neuschwanstein Castle was built during the 19th century for King Ludwig II of Bavaria. He died before the castle could be completed, and it's now open to the public.

Want to see it? Go to the Munich central train station (Hauptbahnhof), and buy a Bayern ticket for 27 euros. Ask the guys at the information center, and they'll tell you exactly which train to take to get there.

As you can see, there's a lot more than Oktoberfest, beers, and sausages in Munich. And much of it can be experienced on a budget.

Take a Tour: Check out this great day trip from Munich exploring both Neuschwanstein Castle and Linderhof Castle and explore the picturesque Bavarian town of Oberammergau. $64.74US. Click here to learn more.

Roobens is a black travel blogger from France. After working at a comfortable job for a few years, he decided to travel on his own and leave his hometown, Paris. Follow his adventures at Been Around The Globe.