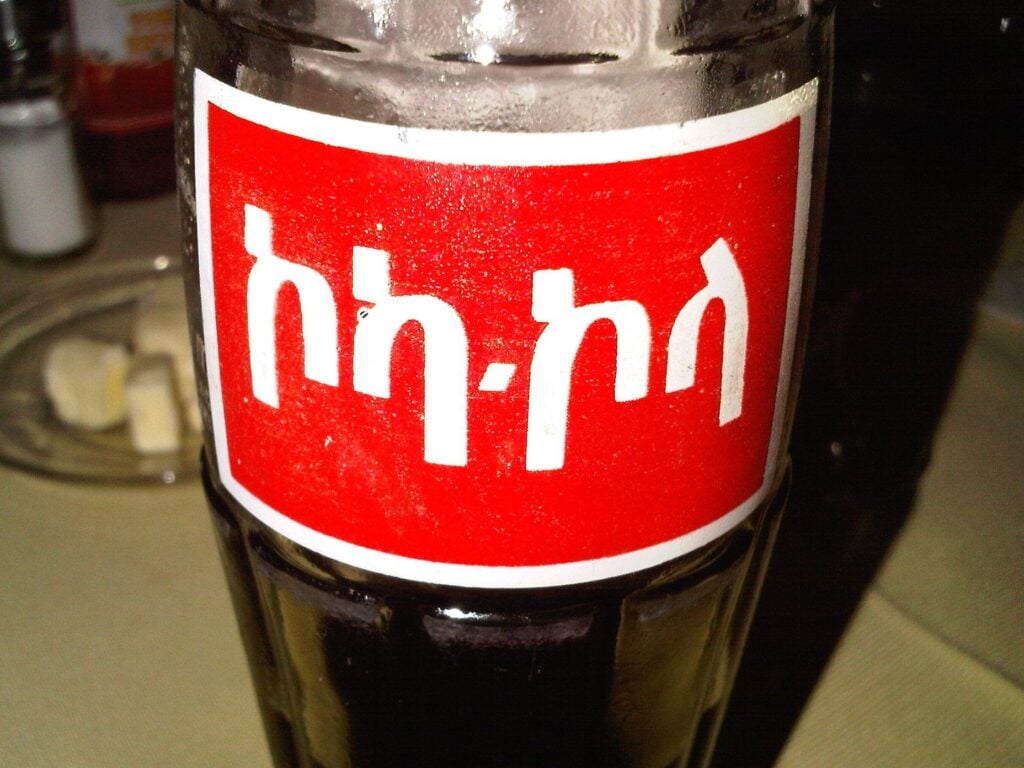 My midnight dinner options at the Pacific Hotel were a far cry from the country's traditional cuisine I'd enjoyed in Washington, DC.  I chose the steak, already having suspected one of the two servings of fish on my flights for being the cause of digestive disruptions.  (It had taken every ounce of willpower for me to withstand the long immigration line, customs line, wait for a taxi, and ensuing ride to the hotel.)

Two large, thin, well done pieces of meat arrived with french fries; washed down by a bottle of Coca-Cola which had me burping as well.  It was all too clear that my unplanned night in this exotic country would yield little in the way of new experiences.  Adding insult to intestinal agony, any faint hope of a good night's sleep was scratched when I retired to my room and heard the chorus of stray dogs barking outside the hotel.

It was 1 AM in Addis Ababa, Ethiopia. 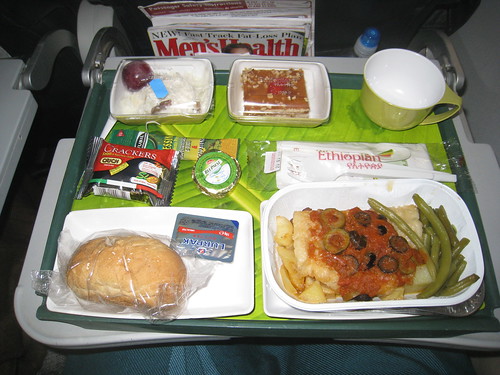 Fish, it's what's for dinner

Two days earlier, I received a text message moments before getting into a taxi to Dulles International Airport for my 10:30 AM flight.  There was a 10-hour delay and I was suddenly leaving at 9 PM instead.   Excitement about the start of my Rwandan adventure immediately gave way to anxiety about my late arrival.  After confirming with the airline that mechanical problems with the aircraft in Rome were at fault, I returned to bed.  Text messages continued to arrive; each one bumping my flight later and later, and my anxiety higher and higher.

At 7 PM, after driving the taxi dispatcher crazy all afternoon, I hopped in a cab and sped off to the airport.  Eight months earlier, almost to the day, I had arrived at the same airport having completed a 20-month trip around the world.

Dulles was eerily quiet; only one man was ahead of me at the Ethiopian Airlines counter for check in.  For a reason still unbeknown to me, I was unable to check my main backpack.  I knew this would lead to a reckoning at the security checkpoint.  As expected, my backpack was flagged by the x-ray screener for a hand search.  The end result was the confiscation of my Swiss Army knife, which I took on a whim for no particular reason, and a full bottle of my favorite spray sunscreen.

To pass the time, I took a table at Moe's Grill and Bar in Terminal D, near Gate 23.  I ate a quickly prepared order of chicken tenders, and in an uncharacteristic move, drank two cups of coffee.  The caffeine, mixed with adrenaline, made me feel far too hyper for that time of night.

Around 11: 30 PM, my flight finally departed for the 8 1/2 hour trans-Atlantic journey to Rome.  Seated directly over the right wing, and seemingly the last to receive dinner, I was relegated to eating fish.  On the plus side, the in-flight movie was “Up In the Air” which I enjoyed for the second time.  Sleep happened in one hour bursts. 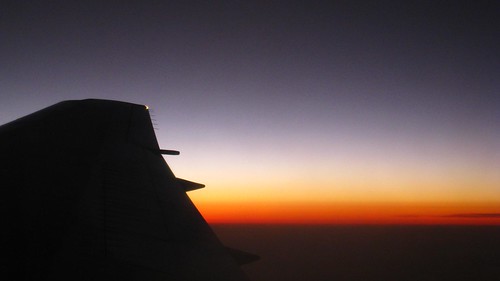 After refueling in Rome, we took to the air for another 5 1/2 hours en route to Addis Ababa.  It wasn't until we were about to land that I fully accepted the fact that there would be no connecting flight to Uganda that night.  The staff of Ethiopian Airlines greeted each passenger as they disembarked with a rose; a small consolation for an enormous schedule disruption.

In the corridor leading to the transit lounge, I received a revised boarding pass for the morning's flight, and a voucher for a free night's hotel stay.  To the airline's credit, I didn't have to pay a dime for the inconvenience. 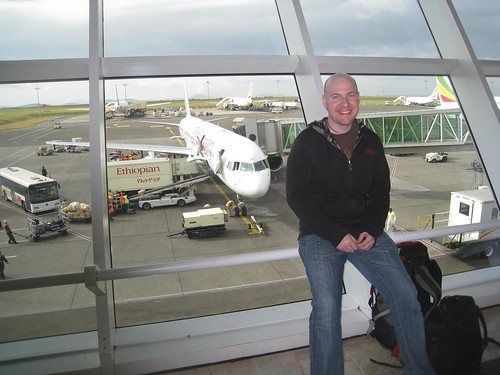 Waiting for my flight to Entebbe, Uganda

The next morning, I was back at the Addis airport having benefited from a briefing on Rwanda over breakfast by Stuart, a Yale grad spending a gap year volunteering in the country.

The 1 1/2 hour flight to Uganda went according to plan, as did the shorter 30-minute one past Lake Victoria to Kigali.

Jetlagged and incontinent, with a full day ahead, my adventures in Rwanda had just begun. 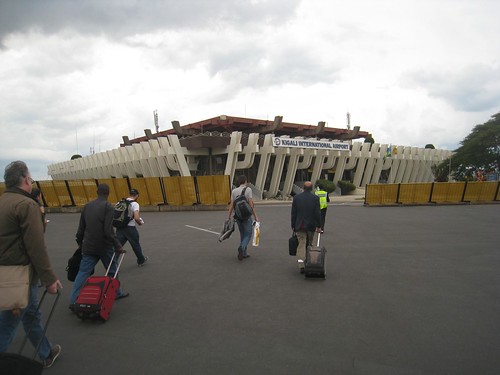 Ahh, Anna, I know exactly how you feel. It's a long haul to Rwanda from the US!

If I never have to see Addis airport again, I'll be a happy girl.

Thanks for keeping up with my Rwandan adventure. I'm still reflecting on the whole experience - we covered a lot of ground in one week.

Looking forward to reading about the rest of your adventure and seeing the pictures.