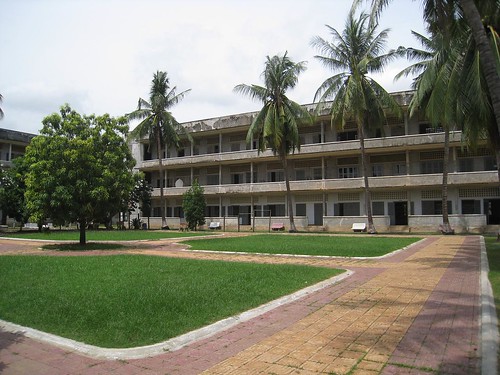 I spent 2.5 hours touring all 4 concrete buildings at the Tuol Sleng genocide museum. Under the Khmer Rouge, the former school was referred to covertly as S-21. 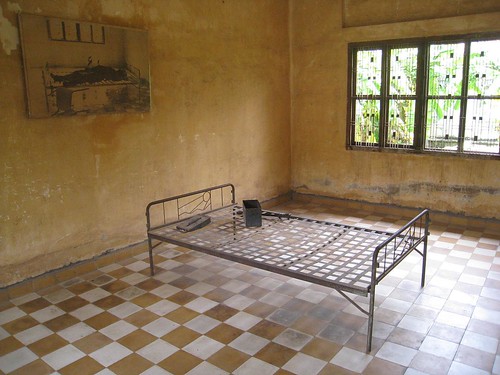 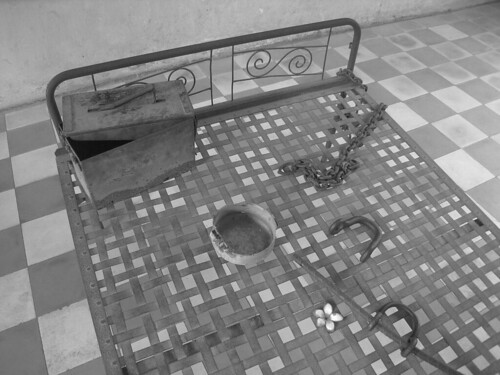 Stepping into the former cells in Building A, I was confronted with a solitary bed frame, old ammo boxes which were the prisoners' toilets, and rudimentary shackles consisting of a metal bar and two semi-circular cuffs. A large photograph of the victim found in the room hung as a reference to the terror that occurred there 30 years earlier.

It was the Vietnamese, who upon liberating Phenom Penh and Cambodia in 1979, first discovered the secret prison that was S-21. A photographer captured the images of the last prisoners to be tortured and killed there. 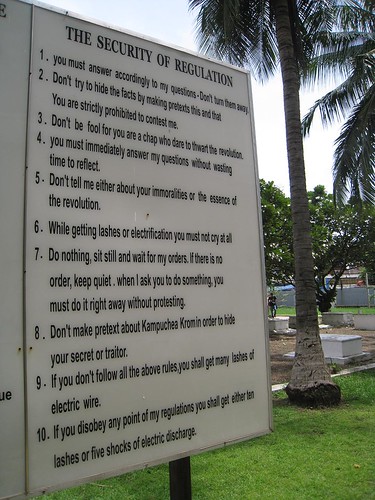 As I was quietly reflecting, a tour group began to come up behind me. Despite the sign posted outside the cells requesting silence, the leader continued to talk to the group once inside, which I found to disturb my own experience. I decided to sit outside and wait for them to pass, at which point I was approached by a Cambodian student and asked to complete a survey. It presented a nice diversion until the group passed, and I resumed. 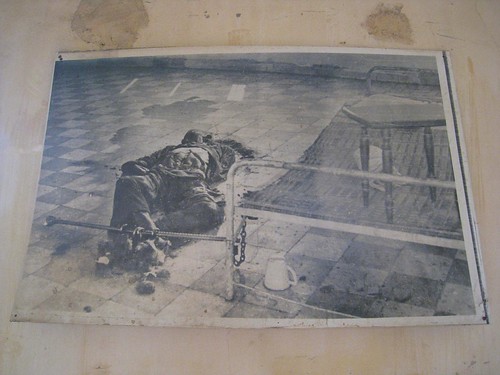 Standing in the rooms, looking at photos of what happened to people there was horrifying. It sent chills up my spine the few times I consciously tried to imagine what it would've been like to experience the prison first hand. 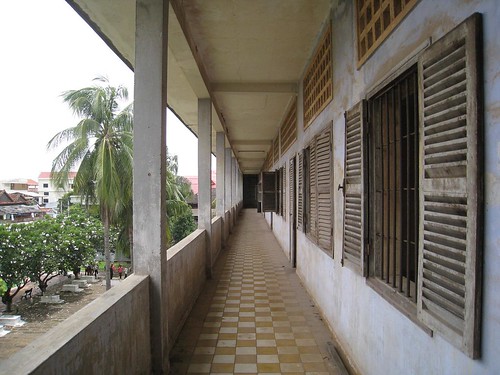 It's unlike any other museum I've walked through. The Holocaust Museum in Washington, DC is somber, yet there is something I found more emotionally moving about actually standing in the physical structure and rooms, and on the orange and white checkered tiles, where so many people were mistreated and killed. 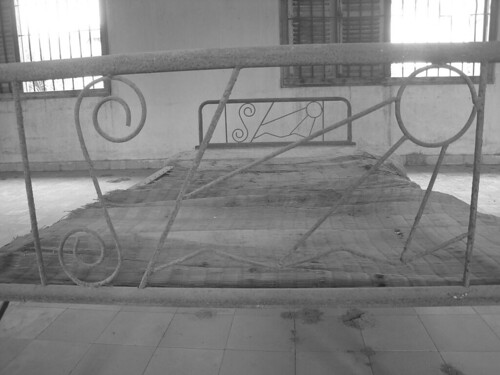 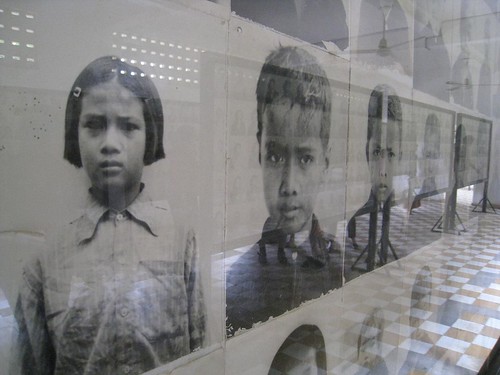 Seeing the photos of the men, women and children held there was even worse. I was close to tears. The looks of fear, unhappiness, and sadness on their faces. The paintings depicting torture – a Khmer Rouge figure preparing to hit a baby against a tree as his mother is pulled away crying. The image of a baby speared with a soldier's bayonet. 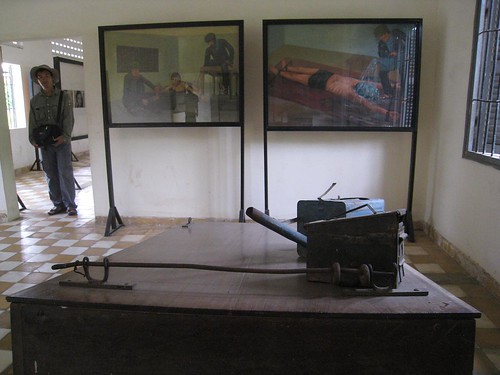 There were also displays of rudimentary torture devices, including a slanted table used for waterboarding. 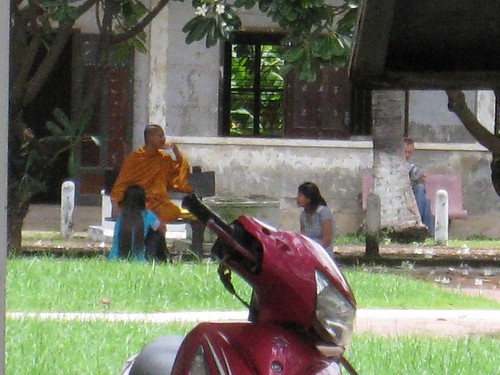 PS: After exiting my tuk-tuk on the side road outside the museum's walls, I was almost immediately approached by a man requesting money. He removed his cap to gesture for a donation, and when I looked at his face, I was immediately taken aback by the disfigurement. It looked like he had been severely burned. His right eye seemed to be coming out of the socket. Shocked, I turned down his request and hustled into the museum's entrance.

Once inside, I paid and sat down for a moment to collect my thoughts. I felt remorse for my initial reaction, and removed some money from my wallet to offer should he still be around when I left. Sure enough, almost 3 hours later, he approached me again, and while I can't claim to have stuck around long to talk, I did hope the money I gave him would be of some use.

Wow, I'm not sure I could go see this. I can't imagine the horror those people must have went through. How sad. :sad:

Wow, I'm not sure I could go see this. I can't imagine the horror those people must have went through. How sad. :sad: