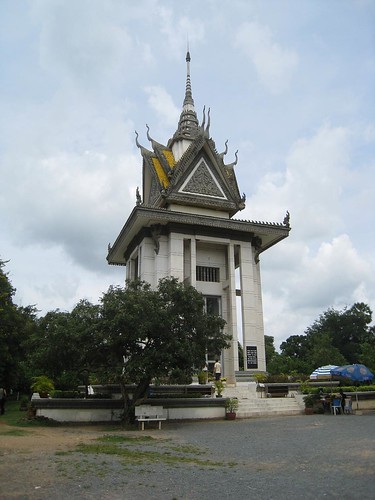 I ate lunch at a pleasant restaurant directly across from S-21, and headed out of town on the dusty, dirty, pollution-choked road to the killing field at Choeung Ek. All but about seven of the 10,000+ prisoners that passed through S-21 were killed. Some died from the torture, beatings, disease, or malnutrition, while most were hauled off to Choeung Ek for straightforward execution. 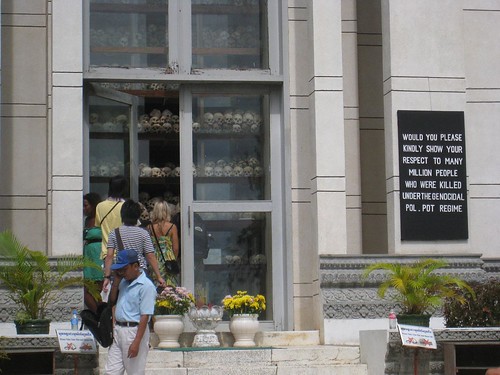 It was a moving site, and bigger than the ones I saw around Battambang, but no more powerful. 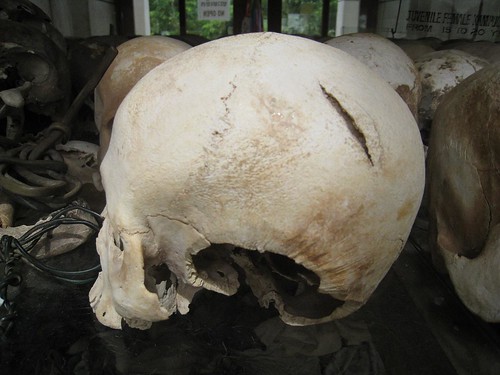 I made an offering of flowers and incense at the stupa which was filled with thousands of skulls and bones. 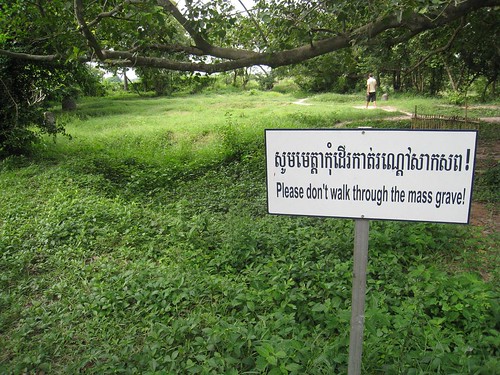 It was sobering to see the holes in the Earth – excavated mass graves. 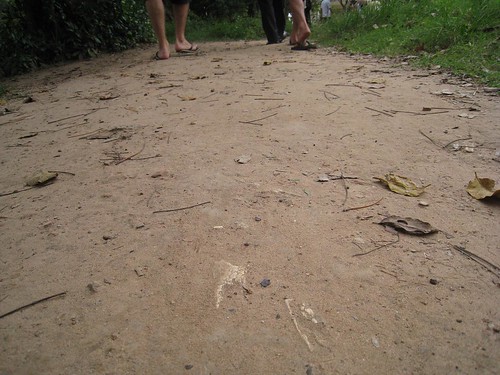 On the dirt paths, you could see human bones sticking out. 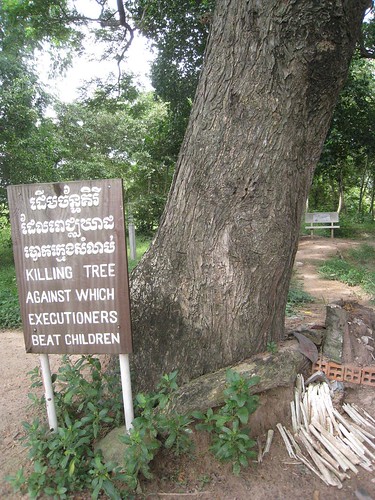 I joined 2 Australian guys on a tour as there were no more guides available. The guide was blunt. I wasn't sure if he relives personal experiences every day working in such an environment, just doesn't know much English, or talks that way for effect. Regardless, I was glad to have already had a more personal experience beforehand with Phi-lay.