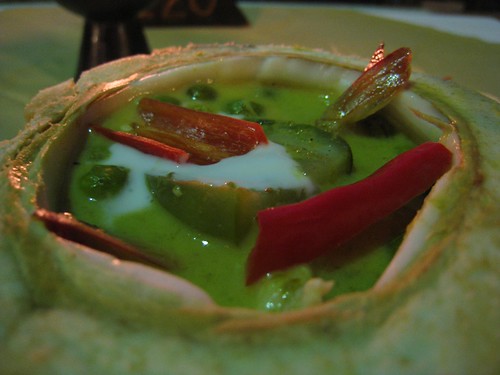 Eleven days after first getting sick, and four days after my second visit to the doctor, my gut told me it was time for a second opinion. The antibiotics should've cleared up my illness within the first few days, and I'd never in my life felt such a lack of energy before. It worried me. For the first time in my trip, I checked the cost of flights home.

I got the name for the second medical clinic off of a tourist map. It was even closer to my hotel than the first one. When I stopped by, I was told the doctor was at the gym, and to come back in an hour. Later, I walked up and was greeted by a shirtless Thai doctor in his bathing suit. I believe it was his child and wife who sat with him on the patio table. He shook my hand, welcomed me by name, and ushered me inside. 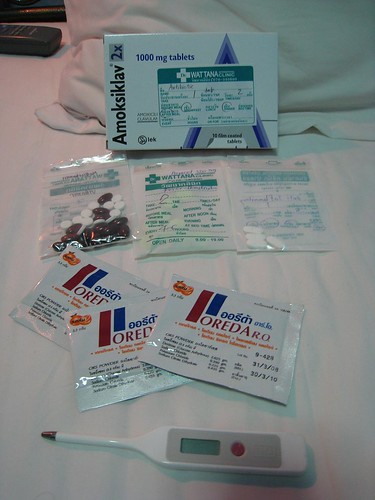 I was shown to a room, and the doctor joined me after putting on a 20th anniversary Reggae Pub t-shirt. I knew the place as it was across from on Koh Samui. The doctor leaned back in his chair, exuding confidence I desperately needed to feel by that point. His English was far better than the first doctor, and as I described my experience over the past two weeks, I began to feel better.

The second opinion was the infection was viral versus bacterial, which explains why the antibiotics weren't helping me. He said my throat looked fine (though in retrospect, perhaps it is possible that the medicine had already cleared up the problem by then if it really had been bacterial). He noted my blood pressure was abnormally low, not a problem I've had before. His suggested treatment was a shot of Cortisone (an anti-inflammatory) in the butt, along with a few days of anti-inflammatory pills and electrolyte powders for use with water.

I was not keen to accept an injection, but I was so tired of being tired, I yielded. To my surprise, a few hours later, I felt more energetic as he advised I would. The next day, I continued to feel the same way, so I booked a half-day speed boat trip to some nearby islands. If it went well, the plan was to head straight for the much smaller, idyllic Koh Phi Phi Don.