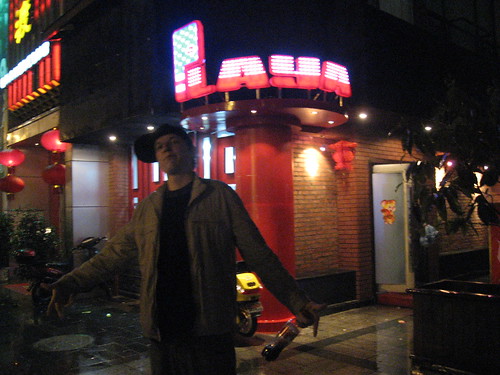 On our way home from the foot massage place, Charlie got a phone call from his friend Eli who was at the Playa Club.  He said it was the opening/closing party for the venue which had only be around a few weeks.  We had previously talked about the place (and not in a good way), so we headed on over.  The extra draw of free drinks didn't hurt!  Having read an interview with the owner of the club, we knew it was destined to fail.  A white American ex-Republican staffer was trying to bring true hip-hop to Chengdu. 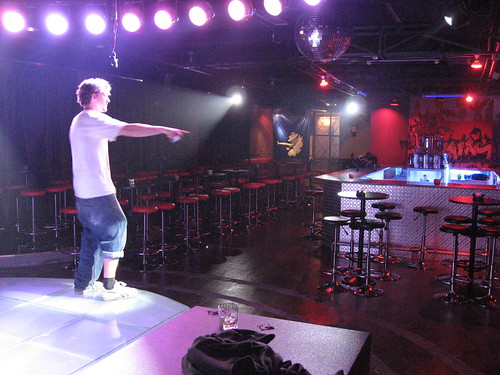 Upon arrival, we were greeted by a virtually empty club, with the exception of Eli, a few Americans (from Washington, DC no less), and a few locals.  We drank what felt like tons of Jim Beam and cokes, however I think it was so watered down by ice and Coke that it didn't amount to much.  Bottle service at club tables is much more common in Chengdu than in the US where from my perspective, it's reserved for ostentatious people in VIP areas.

Eventually Eli was given the mic and he jumped on stage to rap to the hip-hop being spun (on CD's).  Charlie grabbed my camera for a few classic shots of the moment, such as the one above.