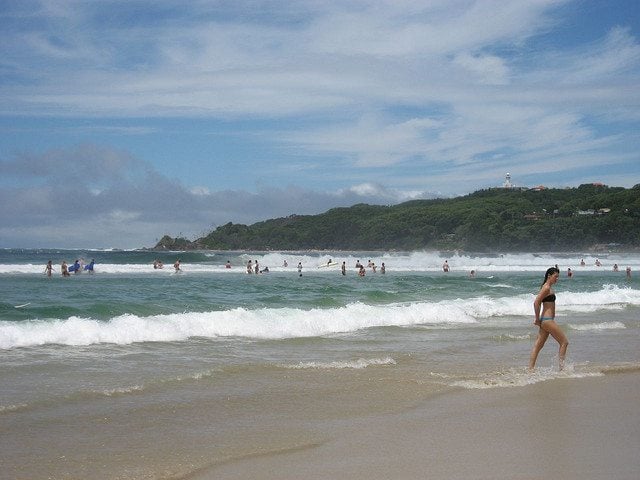 Australia – the land of sun, sea, surf, and barbecues, and over the last few decades a top travel destination for backpackers from across the globe.

Traditionally Oz has been seen as not only one of the most exciting and enthralling places to visit but also one of the most affordable for backpackers on a budget, with the Australian dollar providing great value against the pound.

However, the days of three Aussie bucks for a pound sterling are long behind us, which begs the question: should Australia still be considered a value backpacking destination?

Pricing Itself Out of the Market

There is a growing feeling amongst backpackers and tourism bodies that Australia may be pricing itself out of the market as a destination for budget-conscious travelers, primarily due to the country’s decision to hike up the cost of the working holiday visa, which, unless you have considerable savings, you are going to need to have to fund your trip.

However, it’s not solely the cost of the visa that backpackers have to worry about; there is also the requirement for applicants to prove they have $5,000 AUS (almost £3,000) and a return plane ticket, which is a pretty big financial commitment before you have even step foot in the country.

The plane ticket in itself is also a cause for concern. Flights to Australia cost in the region of £600-£700 one way; however, if – like most other travelers – you do not know when you are going to be ready to leave, you will require an open ticket, which could be as much as double the cost of a standard flight!

Factor in other essentials – backpacker travel insurance, first aid kit, cosmetics, clothing, and footwear – and you are looking as some serious cash.

The initial finances required even to visit Australia mean that the country is slowly becoming less favorable than low-priced backpacking adventures to South East Asia and South America. 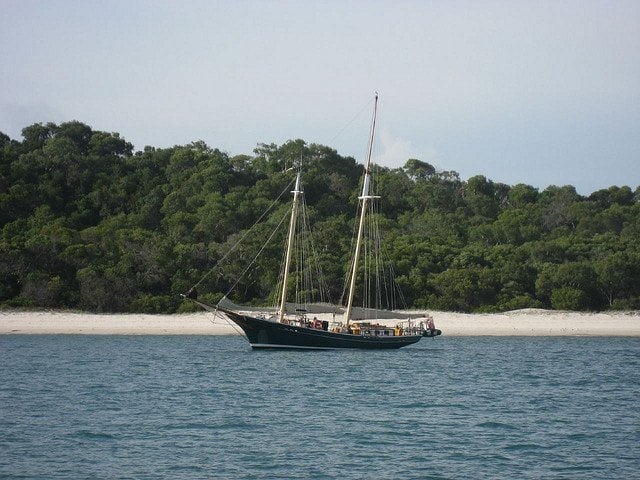 So, the cost of being able to visit Australia doesn’t make for great reading, but you have to remember what the country has to offer in terms of things to do and places to see.

There’s the Great Barrier Reef, Airlie Beach, Byron Bay, Hervey Bay, Uluru, and Alice Springs, and the Great Ocean Road – and that’s without mentioning all of the wonderful major cities, each one of which is worth a visit.

Factoring in the lifestyle, the people, and the sheer beauty of the country does make that initial outlay seem a lot less harsh.

If you decide to travel to Oz, you’re going to need to know about living costs. In the nineties, when you could get pretty much three dollars to the pound, living the high life on a budget was easy; today, you’ll need to be much more stringent.

The current rate of the Aussie dollar against the pound is $1.68 AUS. Some travel guides put daily spend as a backpacker at around £15-£25; however, it is more likely to be upwards of £40.

The way you choose to live during your trip will determine how much you spend daily.

If you like to stay in hotels and eat in restaurants, then expect to spend £100 or more. Stay in hostels and eat at street stalls and fast-food outlets, though, and you should be able to keep costs to a minimum.

The key things you’ll be spending money on are accommodation, food, travel, and, possibly, booze.

For accommodation, you should always look to stay in a hostel, preferably in a dorm (private rooms are more expensive). This will cost around £10-£17 per night, depending on how many people are sharing a room.

For food, as we have already said to look to eat at fast-food outlets where you can get a meal for less than £5. Most hostels will also offer cheap food for backpackers, and you may be able to pick something up for even cheaper.

When it comes to transport, stay away from taxis, and ride public transportation. Local trains and buses cost less than £2, while the Greyhound service is a great way to travel cross-country and see the sights, with passes starting at around £60.

If you book early enough, you may also be able to grab a cheap flight between cities.

Booze should always be considered a luxury, and there are better ways to spend your money; however, if you are drinking in bars, expect to pay around £3 per drink.

Is It Worth It?

Overall, taking into account flights, working visas, travel insurance, and living costs, Australia is not the value-for-money destination it once was, especially when compared to nearby South-East Asia. There are few better places to visit in life than the land down under!

The Oz is definitely a good place to travel but all these costs while staying make me want to go to another destination that is a bit cheaper. But if given the luxury, I'd go there everyday.

I definitely think that Australia is one of the most amazing countries in the world. After doing a lot of travel around the globe, I can honestly say that our beaches are amazing and world-class. But they are honestly just one of the great attractions! If people get the opportunity to come, they should seize it with open arms. It might be a little costly sure, but if you are thrifty then its comparable. Plan ahead and you can get some bargains. flythecoopblog.blogspot.com

Better than eating in fast food outlets or street food in Oz - cooking for yourself. Get a hostel with a kitchen, and cook on the stove top, or bake something in the oven - cheaper and most of the time, and much healthier than eating out all the time!