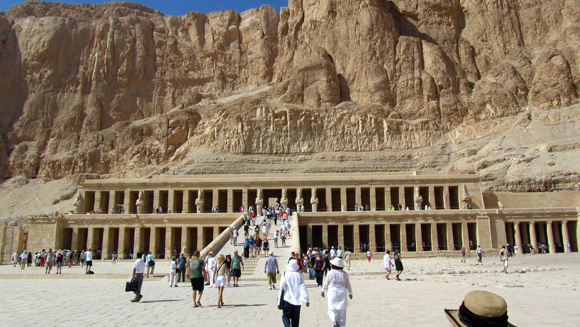 I had my ticket to Egypt, I was thrilled.

My mind started racing through images like mentally flipping through the pages of an Egypt Google image search. The Great Pyramids of Giza, the Valley of the Kings, the Temple of Karnak, Ramses the Great, Tutankhamen, Akhenaten, Nefertiti, – I couldn't believe I finally had the chance to see these ancient places of the Pharaohs, things I had studied and heard about for so long in my life.

I traveled to Egypt.

The sites were breathtaking masterpieces of architectures and human genius. I was dumbfounded by the ancient stone carvings and Pharaonic reliefs that were etched deep into the stones. It was truly remarkable to see such ancient Egyptian sites.

But these ancient Egyptian creations were what I came to Egypt in search of, they were what I was expecting and what I had dreamed about prior to visiting.

Baksheesh is about money. There are 3 forms of baksheesh in Egypt: begging, tipping, and giving for special permission of favors. From using a public toilet to being granted permission to see a secret set of hieroglyphics that a guard personally shows you (without you asking), there's a few Egyptian Pounds that will inevitably leave your wallet as baksheesh money.

It's so much a part of the tourism industry, that there's not a soul who has visited Egypt without encountering some form of baksheesh. Know how to calmly handle it, and it can be an interesting part of Egyptian culture.

From the moment I set foot in Cairo, I noticed the hospitality and kindness of the local Egyptians. Though things get a bit out of control behind wheels (driving ), catch an Egyptian in a calm setting and he or she will customarily be welcoming and gracious.

From making friends through Couchsurfing in Cairo to chatting with a random street food vendor, throughout my time in Egypt I was shown genuine hospitality from Egyptians time and time again. 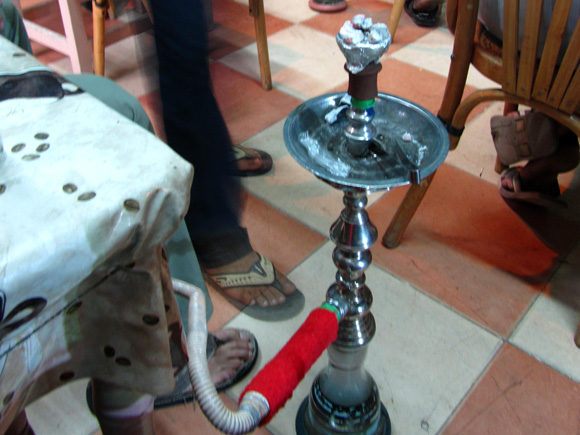 The smoking of flavored tobacco through water pipes is an in-demand and ancient past time that extends from Turkey to Lebanon to Egypt. Cafe's around the country host people (usually men) who choose to take a break, sip a tea, and puff the relaxing dragon.

It's also very acceptable to just sit at the cafe and down cups of wonderful tea (without smoking sheehsa). 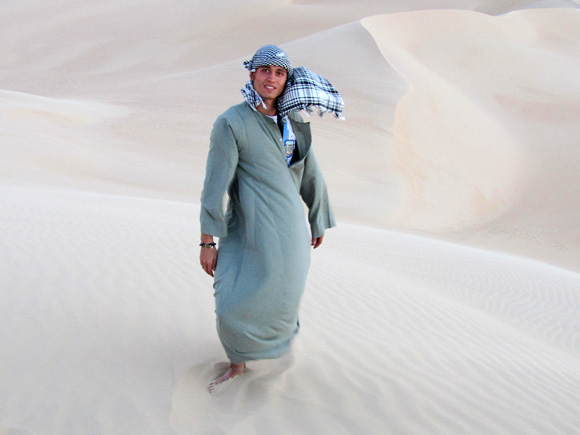 Forget about sweats, gym shorts, tank tops, or even pajamas. No Western style garment even compares to the ultimate comfort of an Egyptian Jellabiya. It can basically be described as a gigantic baggy round tube of cloth with sleeves and a head opening at the top.

It took me almost 2 weeks in Egypt until I had the guts to rock a Jellabiya full-time, but once I made switch, I immediately reaped the benefits of this extreme lounge-wear. One of my favorite aspects of a Jellabiya is that there's no need to worry about eating a huge buffet meal – because 1 size fits all! 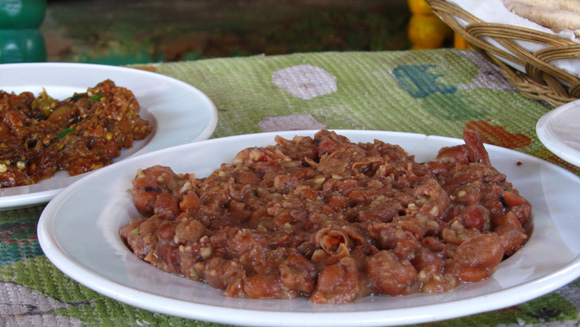 I'm a lover of food. Eating for me is deeper than a necessity, it's a passion, something I get excited about doing every meal everyday! Egypt was no exception, and though I was grateful to sample loads of outstanding Egyptian cuisine, it was the ful that I just couldn't get enough of!

Ful can be described as a similar bean creation as forms of Mexican re-fried beans, except usually a little less mashed. The beans are often eaten as an Egyptian sandwich, loaded into Arabic bread and garnished with pickled vegetables, a squirt of olive oil, and a dabble of special sauce.

Cheap, filling, and nutritious, I got into an enjoyable habit of downing as much ful as I possibly could!

So though I immensely enjoyed the ancient Egyptian historical sites and attractions, it was a few of the little (and unexpected) things that made my trip to Egypt so memorable.

The things I couldn't mentally picture from a Google search or from that Egyptology class I took in University, are what made my time in Egypt truly spectacular.

I visited Egypt in 2008, and can completely relate with this post!  Of course the ancient ruins and monuments are astonishing, but equally astonishing was seeing a culture completely different from my own--in everything from dress to religion.  One of the things that interested me most was seeing people driving donkey carts and working in the fields by hand...not something you see back in the Midwest unless you live near an Amish settlement... ;-)  I also loved how different the desert landscape, flora and fauna were...even the ANTS were different, for crying out loud!  Just amazing.  Definitely was the most memorable place I have visited thus far.

A word to anyone travelling to Egypt: bring LOTS of small bills, coins, etc for baksheesh.  It is everywhere, and if you're from the U.S. in particular everyone figures you can afford it anyway!  Me and my two friends once had a child come up to us and hand us flowers, then ask for baksheesh.p.s. Egyptian bread dipped in their spicy sauces?  YUM.

You forgot the KUSHARI!! ;)

I usually go to Egypt once a year and am bummed that it probably won't happen this year. Your post just reminded me why I like going there so much :) Maybe I do have to find a way to squeeze it in somehow...

One question: did you feel safe in Egypt? I've heard so many things at TV that I don't know what to think anymore.

Personally, I felt extremely safe - even solo walking around Cairo. I am a male, 25 years old, so I can't speak for everyone, but I can say that everyone I met was extremely hospitable, helpful, and I felt safe throughout my entire trip to Egypt.

Personally, I felt extremely safe - even solo walking around Cairo. I am a male, 25 years old, so I can't speak for everyone, but I can say that everyone I met was extremely hospitable, helpful, and I felt safe throughout my entire trip to Egypt.

Very nice blog post! Egypt has a lot more to offer apart of history and beaches, and it's good to see that travelers experience more than just touristic attractions!

Thanks Simona! I guess probably a lot of travelers (and all people in general) tend to think of just a handful of mental pictures when Egypt is mentioned - but it's so much more!

Thanks Simona! I guess probably a lot of travelers (and all people in general) tend to think of just a handful of mental pictures when Egypt is mentioned - but it's so much more!