To begin to understand the Bangkok food scene, we need to first go over the fundamentals of Thai cuisine and the unique relationship between locals and their food.

First off? It is not about simplicity.

In fact, Thai dishes incorporate a minimum of three out of the five fundamental taste senses: bitter, sour, salty, sweet, and umami.

The delicate balance of successfully mixing such different taste profiles into one dish or meal is what makes Thai cuisine shine.

Another factor that makes the Thai food scene unique?

That is, locals not only pay close attention to the flavors of a dish, but also its appearance, aroma, and the way it complements every other part of the meal.

This complete experience, combining a strong attention to detail, flavor, texture, color, and even medicinal benefits of the ingredients make eating in Thailand unforgettably exciting.

Naturally, there’s no better place to get a glimpse of it than at its capital, Bangkok.

From back alley kitchens to tuk-tuk caravans, below are my first-hand rendezvous recommendations and dishes to try on your first dive into Bangkok’s food scene.

The roots of Thai cuisine in Chinatown

Did you know that several of the most celebrated Thai dishes are spin-offs of Chinese food?

Moreover, well-known cooking techniques such as stir-frying, deep-frying, and wok usage were introduced by Chinese immigrants, mainly Hokkien and Teochew, starting on the 15th century.

I was introduced to the very roots of Thai cuisine in Chinatown by Taste of Thailand at night. Yaowarat Street lights up with life after the sun sets, a drastic contrast from its daylight flow.

In fact, it was nearly unrecognizable to me, as most food vendors don’t open shop until late night!

Some treats you must try: 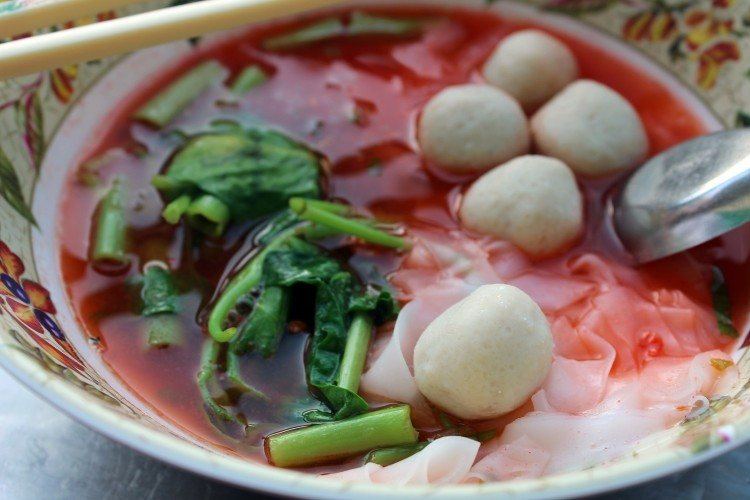 Arguably, the cheapest street food in Thailand is found at Sukhumvit Soi 38. The food market at this Bangkok district is famous for its variety and convenience.

Most of the action starts around 6:30 p.m., slowly evolving throughout the night–with a few stalls open until sunrise. 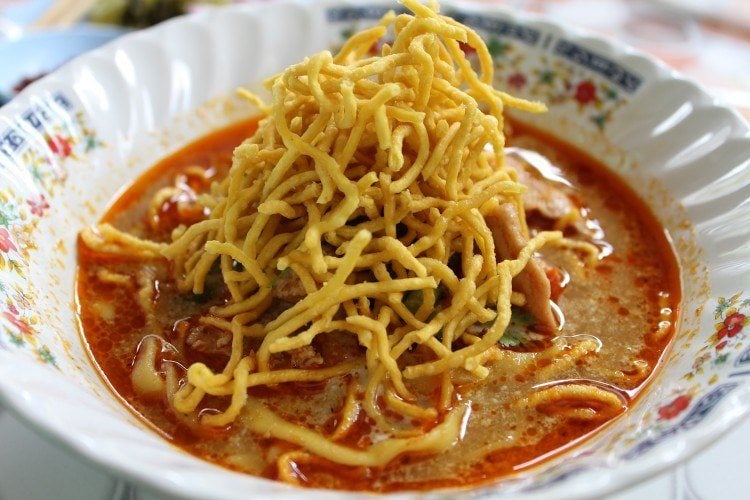 Imagine a caravan of tuk-tuks, scouring the most incredible night eats around the city?! By taking a midnight food tour by tuk-tuk–that actually started at 8 p.m., I saw how many of the city’s stalls slowly spring to life.

This was, hands-down, my most memorable experience exploring the Bangkok food scene for the first time.

I discovered mouth-watering bites on back alley kitchens; shopped local night markets; had a few drinks at a secret bar with stunning views of one of Bangkok’s landmarks; and even visited a popular temple, in solitude, at 11 p.m.

It wasn’t just a foodie outing: it was a well-rounded cultural experience. Worthy dishes though?

While many argue the Bangkok food scene is best enjoyed at night, some hidden gems can be explored in broad daylight.

Bang Rak, meaning “Village of Love” in Thai, is a historic, authentic neighborhood hiding some of the roots of Thailand's Royal cuisine.

Well, in that neighborhood lies an eatery where you can sample dishes cooked by direct descendants of the royal family!

Moreover, this area is a local melting pot where you can have unadulterated dishes from all the main Thai regions:

Some must-try dishes in Bang Rak?

Special thanks to Taste of Thailand and Bangkok Food Tours for introducing me to the vast, exciting Bangkok food scene free of charge. All opinions, dish selections, and rendezvous mentioned on this article are my honest opinion, though. These are, truly, my personal favorites!

I love the stalls around Victory Monument ... so much variety can be found there!