Author's Note: I know that tiger tourism is a concern of many people around the world, myself included. In 2018, I considered removing this article, however, before doing so I came across an article entitled “The Truth About Tiger Kingdom” which clearly highlights the difference between Tiger Kingdom where I went in Chiang Mai in 2008, and the Tiger Temple, a separate park that has been exposed for abusive practices. 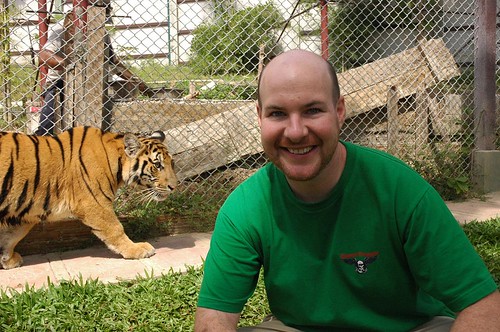 Wow! What a morning. I woke up sore from the Muay Thai but got washed and breakfast at The Corner Restaurant.

I wanted to go to the Tiger Kingdom when it opened, and my plan paid off.

I was one of the first people in the cages. I decided to go all out and pay for 15 minutes with the big tigers, small, and cubs, plus a photographer for the big ones. 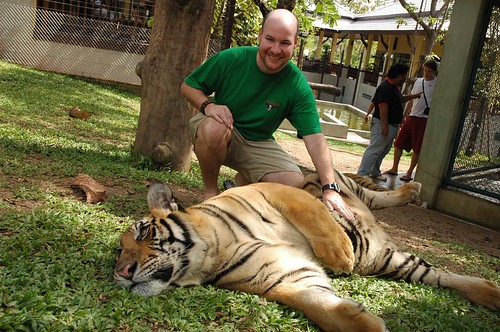 The big ones were BIG! No safety speech was given, just walked into the cage and told to pet them from behind – tail, body, or rear feet. No flash photography.

And because it's clearly not obvious to some people, no putting body parts in the tigers' mouths. 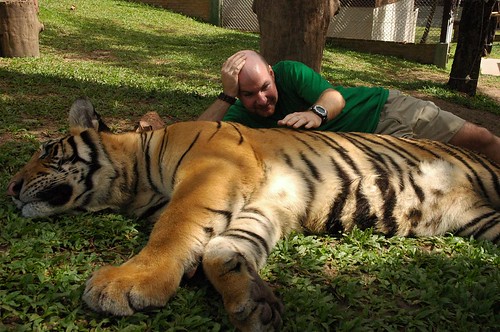 The Tiger Kingdom has been open six years, and once the tigers reach about 16 months, they're turned over to a Thai zoo because they're deemed too big and strong for photo ops with tourists (and to control in general).

The older ones were about 10-11 months old, weighing around 160-180 pounds. I remember one was named pancake. Big paws.

The staff had me lying down with them all. I felt incredibly vulnerable.

Somehow sitting up, I felt slightly better positioned to fend off a wayward paw, though either way I sensed the tigers could knock my head off in seconds. 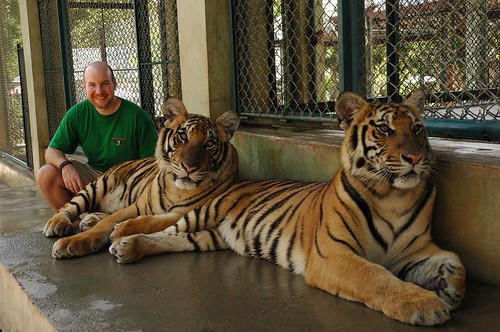 While getting my last photo with two big ones, I started to smell a foul odor, only to realize the one nearest me had farted.

I took that as my queue to exit their regal presence, while the staff member nearby laughed and said they like to do that a lot. 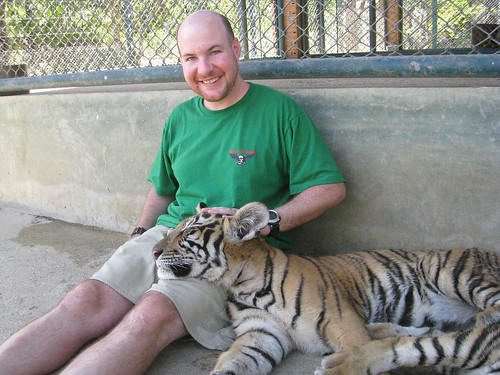 The smaller 5-month old tigers were just as docile, though more malleable in their deep sleep, according to the staff. 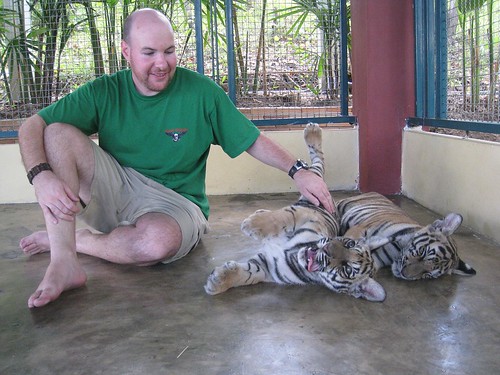 The 1-month old tiger cubs were cute and playful.

One even started nibbling on me, biting the inside of my right arm (ouch!), leaving a noticeable bruise as a reminder of our time together. 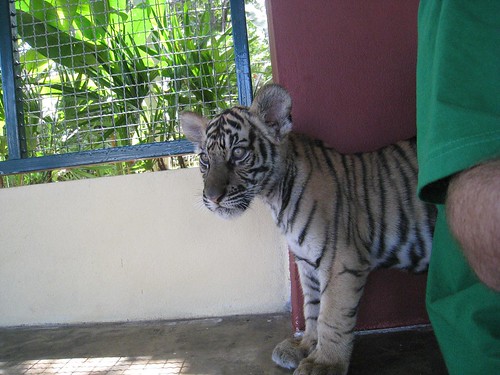 There were 4-5 other tourists in the cage while I basically had the first two to myself.

Eventually, they left and I had a few minutes alone with the cubs (aside from the handlers). 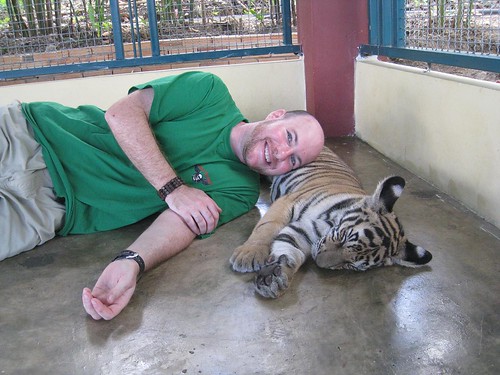 Visiting the Tiger Kingdom was one of the coolest experiences of my life, and I highly recommend it if you're planning to visit northern Thailand.

Spending time up close and personal with the cats was incredibly intimidating, as even the cubs proved to have a strong (albeit playful) bite.

The enclosures where we saw the tigers seemed small, though they were immaculately clean. 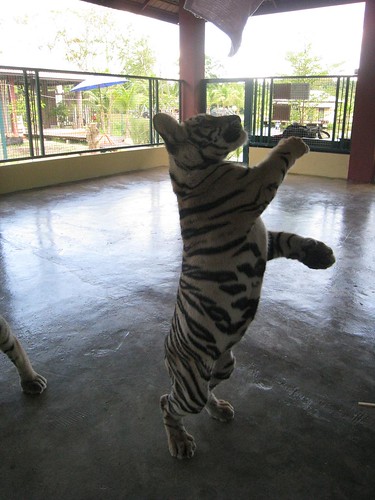 I didn't think to ask if there was additional land in the surrounding area for them to stretch their legs.

All of the tigers looked healthy, and while big cats are known for their sleepy tendencies, I didn't in any way sense that they had been drugged (as has been rumored at another tiger facility for tourists in Thailand).

True animal lovers, do some research on this topic. They aren't sleepy cuddly cats, they are predators! It is naiv to believe humans can safely be that close to a tiger without it being sedated. What makes you think you were able to "sense" that? These beautiful animals are exploited to make money. Kept in small cages and bred to have tourists pay to play with the cubs. I can understand the desire to touch these magnificent and normally untouchable creatures! But there is no way to not harm the tigers in order to do so. It makes me sad that people choose their ego over the suffering of living beings. Please do your research.

Great that folks "love" animals, but sad to see that can't see the exploitation their contribute to whether that be this, a zoo, eating meat, etc.

wow this looks amazing! we never went while we were there as i had heard the stories about drugging tigers for tourists and had friends that had been to a place were they were obviously out of it. am heading back to chiang mai to live for a while so will be sure to see tiger temple :)

The post of content is very interesting and exciting. I learned a lot from here.The content from simple to complex, so all of you can come in . No matter you want to see what can be found.By the way ,there are some websites is also very wonderful,you can go and see.such as ajf 13

you are lucky cuz you understand the importance of nature! there's many people killing animals... i'm happy that there's also many people who likes animals, and thank you cuz you r one of them :oops: