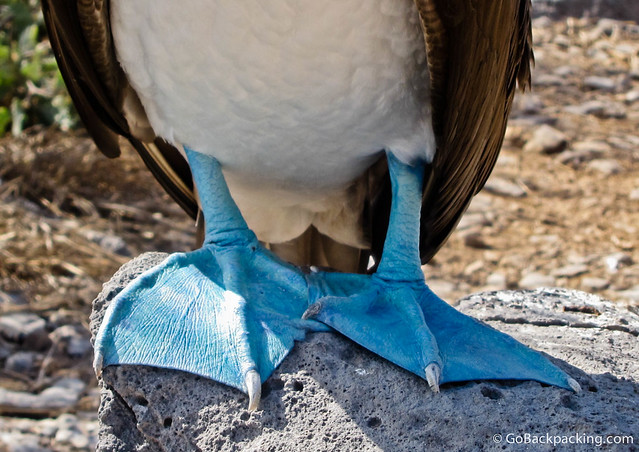 The bright blue feet of a Blue Footed Boobie.

Blue Footed Boobies are an icon of the Galapagos Islands, and during an afternoon on Espanola Island, we began to learn more about these unique birds.

What's With the Funny Name?

The name is derived from the Spanish word “bobo” which means stupid.

Aside from their colorful, webbed feet used for swimming and keeping eggs warm, they simply look silly in general.

Because Blue Footed Boobies are marine birds, they're better adapted for life on the water, and therefore were easy for early settlers to capture and kill on land. 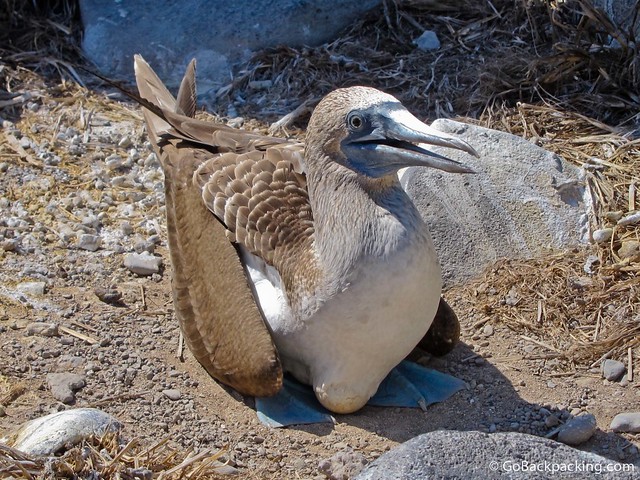 When Boobies Fall in Love

As with most cool things in nature, the bright blue feet serve a specific purpose in the mating process.

When the males are ready to start attracting females, they dance in front of them to attract attention, showing off their blue feet in the process. The brighter the blue, the more attractive the male Boobie will appear to the female.

Males make a whistling sound, while the females make more of a honking noise. Females also have larger pupils than the males.

But the mating process doesn't stop with the dancing and whistling. As the courtship continues, the male will pick up a stick in its beak and present it to the female as a symbol of his desire to mate and build a nest with her. On another island, we actually saw this happen, and it was as cute as it sounds. 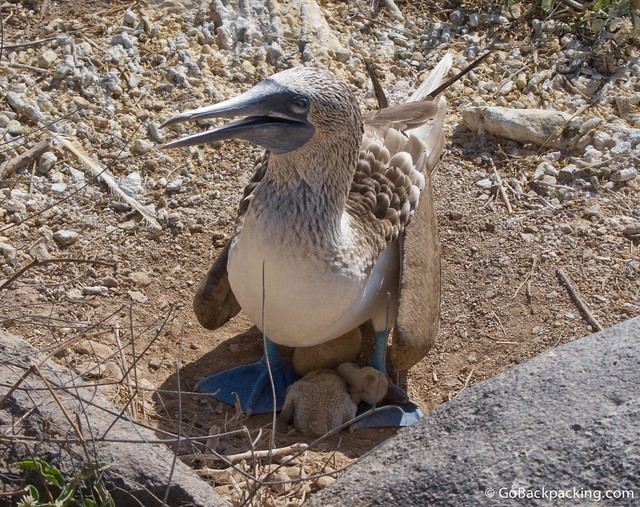 One of this Blue Footed Boobies two eggs have hatched, revealing a Boobie chick no more than a few days old.

After the Boobies consumate their relationship, the female lays 1 to 3 eggs, which take about 40 days to hatch. Both parents take turns caring for the eggs and chicks.

If the female is keeping them warm in the nest, then the male is either keeping watch or fishing for food. Blue Footed Boobies can hit the water at speeds of up to 60 mph, and dive as deep as 25 meters, to catch fish.

Throughout the day, they turn in a circle to ensure they're consistently facing the sun. As a result, the perimeter of their nest is marked by a circle of white guaro (excrement). 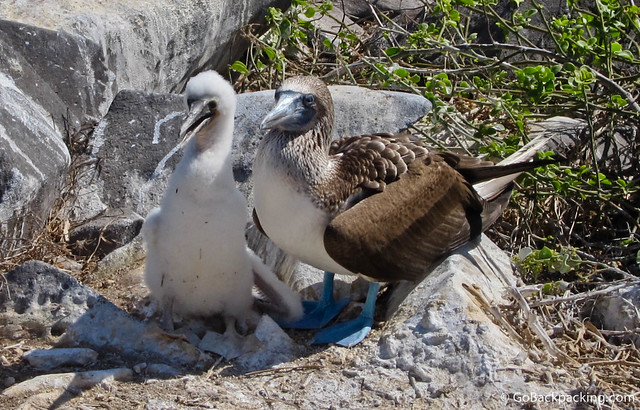 A young Blue Footed Boobie has all white feathers, and the blue coloration of his/her feet develops later.

While much more common with Red Footed Boobies, occasionally the first born (and therefore stronger) chick will kill the second or third born to ensure more food, and therefore, increase his/her chances of survival.

If food is scarce, the parents may choose to feed the strongest chick, therefore ensuring the premature death of the others, however greatly improving the odds at least one chick will survive.

As we clearly saw, the Boobies aren't born with their namesake blue feet, nor beak or brown feathers. The coloration only begins to develop as they mature.

Observing the mating, nesting and feeding habits of Blue Footed Boobies in the wild was one of my highlights from the Galapagos Islands, along with swimming with sea lions. 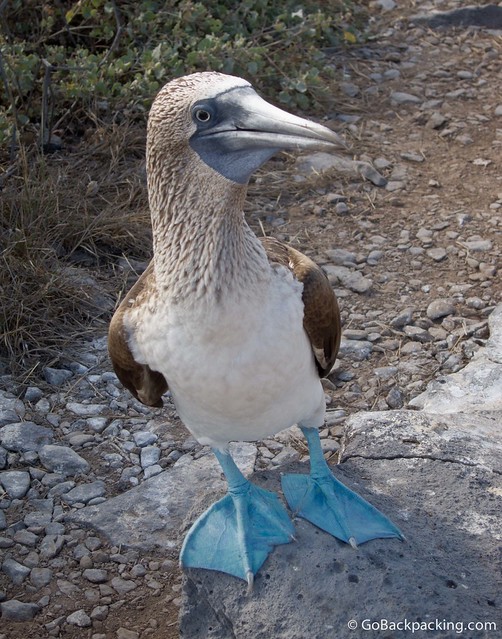