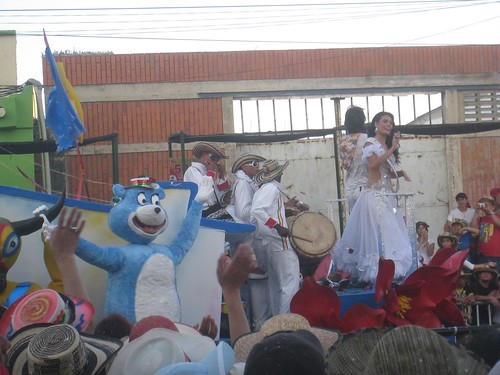 The general plan for Sunday was to sleep late, and return to the same spot where we watched the parade the first day. Unfortunately, with our now giant group, it took forever to get moving. I was tired, but I figured once I was outside again, in the mix, my energy level would rise.

Trying to find the same block where we were the day before turned out to be a big pain in the butt. A group of us headed out with two taxis toward an address which turned out to be far away from our intended destination. At least we found we weren´t missing much in terms of atmosphere at other points along the parade route, but walking around the backstreets of Barranquilla while everyone else seemed to be enjoying the second parade was a downer. 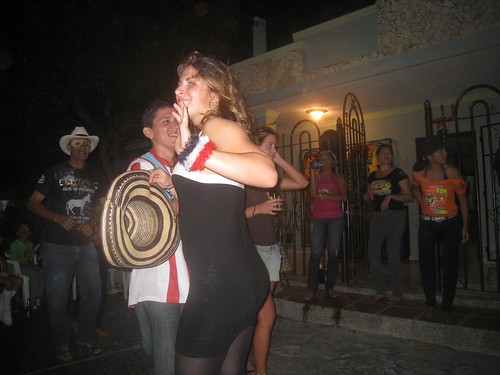 It took us over two hours and three taxi rides, but we eventually regrouped with some of the others at the same spot as the day before. The crowd was thinner, as it was later in the afternoon, but the atmosphere was still great. I met two Peruvian girls, Karin and Janib (pronounced ¨har-eef¨) that were staying at the other popular budget hotel besides Olimpico. My group alliances began to change from hanging out with the Irish and Aussies to a Dutch brother (Julian)/sister(?), two French guys (Ben, ?), and Karin and Janib.

We all hung out by the parade for an hour or two, and made plans to regroup in the evening after washing up. A Colombian guy had been selling drinks to the others before I had arrived, and he apparently offered to help show us around in the evening. Random. Karin doubted his intentions, while everyone else seemed to believe he was simply trying to help us have a good time. 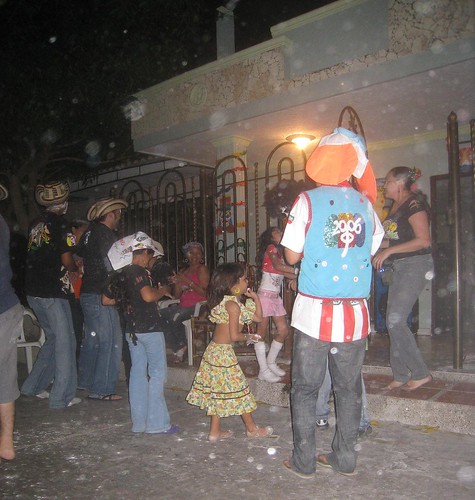 In the early evening, we headed out on foot toward a park where there had been a party during the day, but it had long since ended. Instead, we found ourselves walking through lots of trash left behind by the revelers. I was growing tired of the walking with no particular destination in mind, except the instincts of our Colombian guide.  It was reminiscent of the frustration I felt earlier in the day. 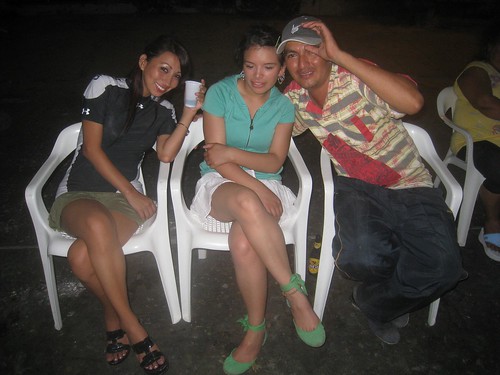 And then it happened. Walking up some random street, we came upon a Colombian home blasting music and dancing in the street. It was a site I´d already seen all over Barranquilla since arrival. Crashing such a random party was exactly what I was looking for. We could´ve gone to a disco or bar in any city, but to hang out with some friendly, welcoming Colombians outside their home was a unique experience. And they welcomed us immediately. We danced, we had a few drinks, we got hit with shaving cream and talcum powder again. It was perfect. 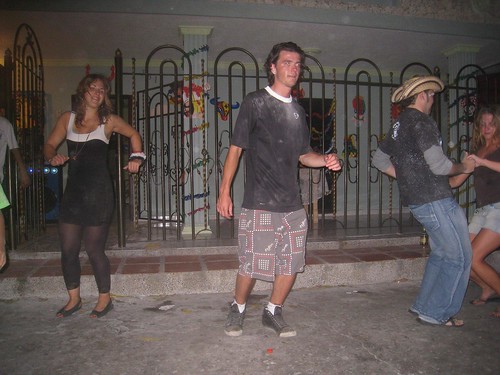 I enjoyed the party, atmosphere, and Colombian hospitality for a few hours before sharing a taxi back to the hotel with Karin and Jarib.