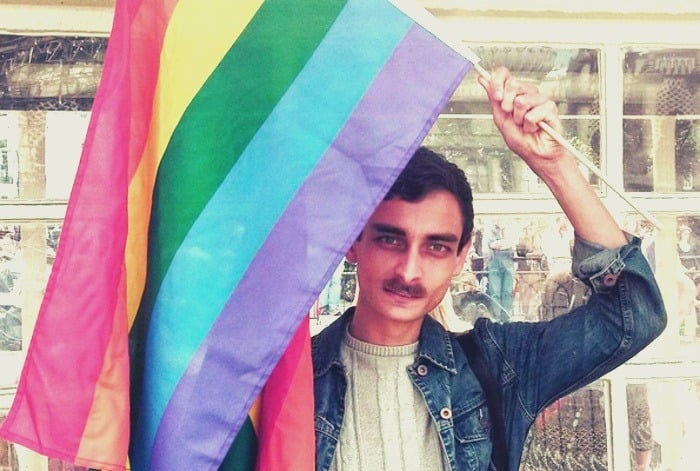 Here I am, as gay as Christmas with my rainbow flag

Editor’s Note: The following is the first story by David, one of several new contributors.

Alert the presses – I am a gay traveler.

Back when I lived in London before I started traveling, I hardly thought about my gayness at all, and that’s not because it wasn’t a big part of my life – it’s because everything and everyone in my life was so gay that I took for granted that not everyone lives that way.

I lived in an East London neighborhood that was pretty much a gay ghetto, I only went out to gay pubs to socialize, and most of my friends were gay too.

In my last days in London, I was also working as a freelancer, so I didn’t go to an office where I could have met straight people.

Other than a few good friends from university and family members, straight people just weren’t in my life.

Cut to little old me with a backpack resting on my shoulders, wandering around wherever I might be, and discovering that most of the world just isn’t that gay.

Of course, this was something that I always knew in my head, but experiencing it was a shock to the system.

So the first challenge of being a gay backpacker, for me, was having the feeling of being a small fish in a big pond where all of my experiences and cultural references didn’t mean anything to most other travelers or local people I met on the road.

See also: Why Every Traveler Should Attend a Gay Pride Festival 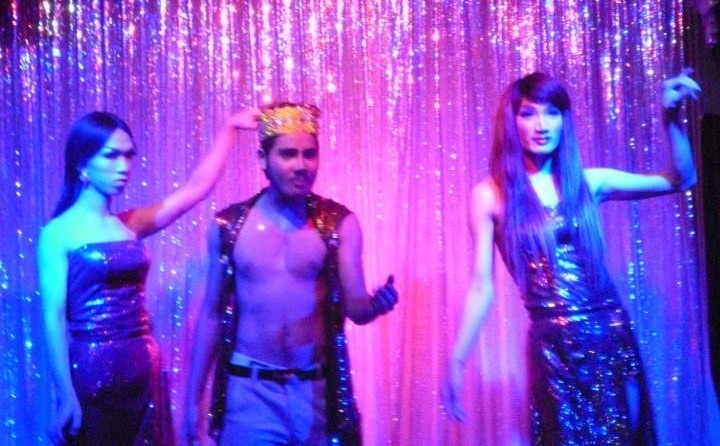 Disclaimer: LGBT Identity is not One Size Fits All

I happen to have been immersed in gay-gay-gayness during my roaring twenties, and so finding myself detached from it when I started traveling was a little challenging because that identity and culture was my safe place and something I enjoyed.

For other LGBT people don't live in neighborhoods with a huge gay influence, these difficulties might not be so apparent.

Another variable for every gay traveler is where you choose to travel. Some places in the world are more gay-friendly than others.

If it’s a priority for you to be able to smooch with a boy on a beach and hold hands on the street (and it’s totally cool for that to be a travel priority, by the way – you don’t have to throw yourself out of your comfort zone at all, if you don’t want to), you need to do your research and get to grips with how gay friendly one destination is compared to another.

This is pretty easy to do online – there is a Wikipedia page dedicated to LGBT rights in every country in the world. 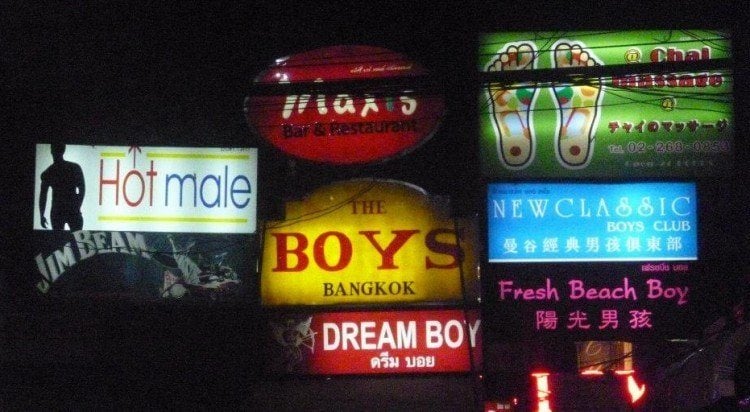 A particularly gay street in Bangkok

There are many places where you won’t have too much of a problem being gay, but you still wouldn’t want to start kissing on the street – places like Singapore and Malaysia where same-sex activity is illegal but you’ll still find gay bars and saunas.

Then there are some parts of the world where you’ll 100 percent want to keep your sexuality under wraps.

If people are fleeing a country because of persecution based on their sexuality, you won’t want to give any sign that you are gay there. It’s not a nice thing to do, but it’s for your safety.

So in places like Jamaica, Pakistan, and much of the Middle East, a bit of acting might be necessary.

This also means that there are times if you are traveling as a couple, that you’ll have to deal with having two single beds instead of a double, and not causing a fuss about it.

You might also have to make a “just friends” line fly as horrible as that sounds.

I always travel as a solo backpacker, so this isn’t something that I’ve had to deal with, but it does mean that in certain places I would be wary about bringing guys back to my hotel room.

Meeting Other Queers on Your Travels

Next up is the challenge of meeting other like-minded gay guys and gals on the road.

For me, it’s essential to meet other gay people when I am traveling, because in many ways I feel like the LGBT community is my tribe, and when I connect with gay people abroad, I can feel a bit more at home.

I love to connect with both gay locals and gay travelers, but how do you go about doing that?

I love scouting out the local gay bars wherever I happen to be, and I find it easier to talk to people and find a “way in” to a new town or city at a gay bar than I ever would in a hostel dorm.

But if you are not so much of a bar goer, there are other ways.

For major gay hubs like Bangkok and London, you will find LGBT-specific groups on sites like Couchsurfing. People on Couchsurfing are both interested in travel and making new connections – bingo.

And then there are the usual suspects – smartphone apps like Grindr, Scruff, and PlanetRomeo are popular all over the world, so don’t be shy and start sending some messages.

No matter if you are a Scene Queen who wants to spend his travels hopping from gay club to gay club, or an adventurer who wants to traverse more challenging terrain, absolutely don’t let being gay get in your way – there’s a whole world out there, full of gay travelers just like us.

What has sexual preference or orientation got anything to do with backpacking? You're not a traveller nor do you write a sensible article of backpacking. - you're writing about trying to find thrills with other men whilst on holiday. I'm straight - I don't write my travel articles on kissing other girls on the beach or holding hands. I write and talk about the travels, the food, the experiences, the culture. "The challenges of being a gay backpacker" - what challenges? Trying to pick up other men? You have the same challenges as a traveller as I and anyone else. Grow up.

My article doesn't actually mention picking up other men. The challenges I mentioned were being isolated from gay culture when you are thrown into the largely heteronormative world of backpacking, deciding which destinations to travel to based on safety concerns, how to remain safe when travelling as a gay couple, and how to meet other like minded LGBT people (which doesn't mean hooking up with them, FYI, but also, so what if it does?).

It seems to me like you are projecting your own idea of gay culture on my article, which is unfair if you haven't actually travelled as an LGBT person. I suggest that you read the That Gay Guy series of interviews on my blog, which talks with different gay men from all around the world - Pakistan, Belize, Guatemala, and more. It has become very clear to me through conducting those interviews that being gay in one place is not the same as being gay in another. The challenges are different for the LGBT people who live there, and for the LGBT people who travel there.

I don't think the article is about "picking up men" necessarily. If you read point one it goes into a huge point, with is security. Yes, everyone might have the same challenge of security in certain places, but the reality is that this is especially important for gay people to do their research.

Many places that are much safer for a straight person, have laws against homosexuality - and these laws are not necessarily based on whether there are tow same-sex people getting it on, but simply their being gay could land them on jail, and many places punish homosexuality with lengthy jail sentences (many are up to 10 years), and some even punish it by death.

So you might not think this is relevant and that is fair; this article will not apply to you as you aren't gay and you don't need to worry about these issues, but it is a good place to start for gay and lesbian individuals who might not be as well traveled.

I have recently heard many gay people argue that gay should not be going to places that are not as gay friendly as others, and while I respect their opinion if that's what they want to do, i don't want something as trivial as my sexuality to limit the places that I can go visit.

I do take precautions, and am happy to "be in the closet" when travel requires me to, as, as much as being gay is part of who I am, it is not me as a whole! And I am pretty sure I can survive a week without holding hands with my boyfriend in public ;)

Thanks for reading, Claus! I'm not so into should and should nots when it comes to travel. Travel is a fun thing, and a privilege - enjoy it! But I do understand why for some gay people that would mean going to Sitges above Jamaica!