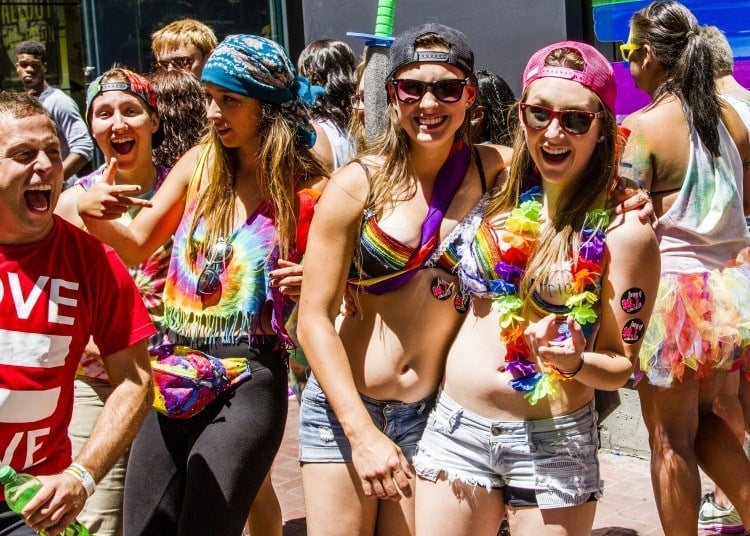 One of the most fun aspects of being a backpacker is finding festivals, local events, and celebrations in other parts of the world.

Anybody who has been in India at the time of Holi, Thailand for Songkran, or Mexico for Day of The Dead, will know how exciting it can be to celebrate these kinds of festivities alongside locals in an authentic way.

There are numerous countries in every part of the world that host LGBT Pride events, but have you ever thought about visiting a country to join in with the Pride celebrations?

If not, here are some reasons why you need to add a Pride festival to your backpacking bucket list.

You might be thinking, what reason would there be for me to visit an LGBT event if I don’t exist on the LGBT spectrum myself?

But all the best Gay Pride events have a “the more, the merrier” attitude, and that’s what makes them such fun to be part of.

When I visit Gay Pride parades, I love seeing straight couples having a great time and families who take their little kids along to join in with the celebrations.

At the center of most Gay Pride events is a parade of colorful costumes and floats that meander through a city’s streets, and when you look at all the different visual spectacles, it should become clear that LGBT Pride events are not one size fits all.

Above all, they are a celebration of diversity, and so anybody who is a friend to the LGBT community is more than welcome to the party.

See also: The Challenges of Being a Gay Traveler

When you are a backpacker, you get to learn so many things about different cultures and places first hand – things that would be far harder to absorb from a book or a YouTube video.

And when you visit a Gay Pride event in any city in the world, you will invariably soak in pieces of information about LGBT people and their culture in that particular place.

I’m a thirty-year-old gay man who has been out since the age of 15, and I still learn new things every time I visit a gay Pride parade.

On my summer trip to Copenhagen Pride, I was heartened to see the proud, smiling faces of LGBT asylum seekers in the parade, and some local friends there educated me about the asylum and refugee culture within Denmark.

As a gay male, I don’t have much connection with the trans community, so I like to use LGBT events as a way to learn more about this important part of the spectrum too.

If you have never been to a Gay Pride parade before, a lot of it will feel alien and new but keep asking questions, and the local community will almost always be happy to fill you in – after all, Gay Pride parades are about visibility, education, and getting the word out there.

Read this post from Minority Nomad about a straight guy’s first experience at a Pride event, and you should be in no doubt about what an education it can be. 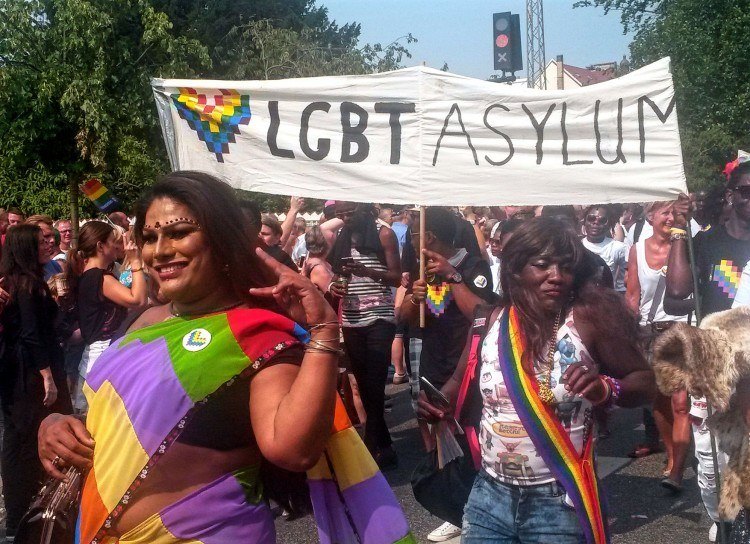 LGBT asylum seekers in the parade at Copenhagen Pride

You’ll Have Tons of Fun

Yes, you’ll learn stuff at a Gay Pride event, but I think one of the significant reasons why Pride events are so conducive to learning is because the education is wrapped up in layers of fun. Gay folks know how to party.

During this summer alone, I danced for hours in an outdoor foam party at Barcelona Pride, I screamed at the top of my lungs for hours on end at a three-hour drag show at Copenhagen Pride (drag is everything to me, btw), and I raved it up inside an urban tent at Brighton Pride, grinding up against perfect strangers.

Twenty years ago, when gay marriage wasn’t a thing, LGBT Pride festivals focused more on practical workshops about being gay in the workplace and LGBT sexual health.

Now, it’s still essential to keep on learning and pushing things forward, but we also have reason to celebrate what has been achieved in the LGBT community.

And again, this is a celebration for straight people too, because an equal world benefits everyone within it.

And if you have a family, and you don’t want to do the all-night partying thing, bring the kids along and enjoy the fun of all the colors, glitter, and smiling faces! 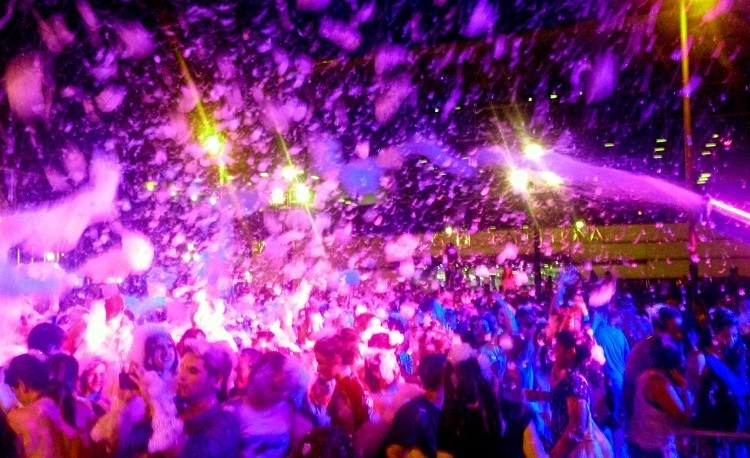 Which Pride Festival to Visit

If you are sold on visiting a Pride parade, you’ll now have to decide which event to attend.

Gay Pride events tend to happen in the summertime, and while they are all over the world, they are more established in Europe and the States.

I lived in Mexico for 18 months – there is an enormous gay culture there, but there isn’t much of a Pride culture.

You’ll be able to find Pride parades in capital cities, towns, and beaches – so the choice is yours.

There’s probably even an LGBT Pride event in your home town, so you have no excuses not to visit one.

If you have any questions about LGBT Pride events, just let me know in the comments.