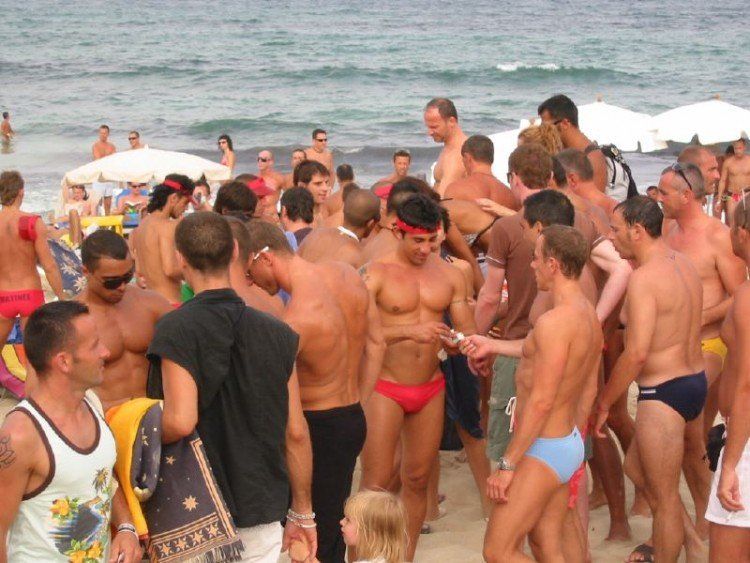 Sun, sea, and sand are the cornerstones of travel for so many people, and the gay community is no different.

While gay culture has always thrived in cosmopolitan cities like London and Berlin, sometimes a gay-boy needs to get away from it all and enjoy a little beach time as well.

It might be chilly now, but summertime will be here before you know it, so it’s time to get planning your European summer beach break.

Here are my favorite gay beaches you shouldn’t miss in Europe.

For the perfect blend of parties and sunshine, Ibiza is always the place to be, and this island attracts thousands of gay revelers looking for a good time each year in its summer season.

In the evening time, there is no shortage of gay bars to entertain you, and in the daytime, you can sleep off your hangover on the rays of Es Cavallet beach.

This is officially a nudist beach, and the end section is gay.

You won’t miss it thanks to the abundance of guys wearing, well, nothing at all.

From mid-morning to around 4 p.m., things are pretty chilled out, but then the party starts once again.

All the main activity is based around the Chiringay gay beach restaurant, and if you’re a beach lover, you’ll no doubt end up eating many meals and drinking a lot of cocktails at Chiringay.

See also: Why Every Traveler Should Attend a Gay Pride Festival

When you think of gay beaches, you probably imagine all-night parties and music blaring out over the seafront, but this isn’t the case for all gay-friendly coastal hotspots.

The small town of Gallipoli in Puglia, Italy is a prime example of this.

But keep your eyes peeled, and you’ll notice that local gay Italians flock to Gallipoli in the summer months for its rugged beauty.

And the beach where the gay community congregates is called Mako. The beach itself is a little rocky so you won’t be playing any volleyball.

But head straight to the wooden deck where there is a bar split across two levels and mingle with the mixed LGBT crowd.

This is a very “anything goes” kinda place where you don’t have to worry about having an Adonis body. Just relax and enjoy it. 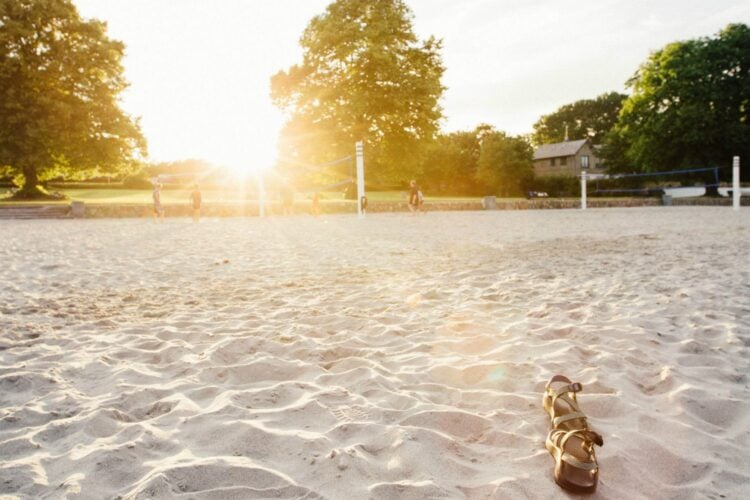 When you think of beach destinations in Europe, you almost certainly don’t think of Scandinavia.

But, of course, this is a part of the continent surrounded by water, and the LGBT culture in this part of Europe is incredibly vibrant.

For an alternative gay break that can include city club-hopping, strolls on the boardwalk, and gay beach time, Copenhagen is a great choice.

And the place where all the magic happens is Bellevue Beach, located ten kilometers outside of downtown Copenhagen and sat next to a fishing village.

Don’t let the quaint small-town feel put you off – head to the very north of the beach and you’ll find the gay, nude section.

The Scandi attitude is very relaxed and accepting of all body types, but it is the case that the local guys here are just pretty buff and beautiful naturally.

It’s trendy in the summer, so arrive in July or August to experience the beach at its best. 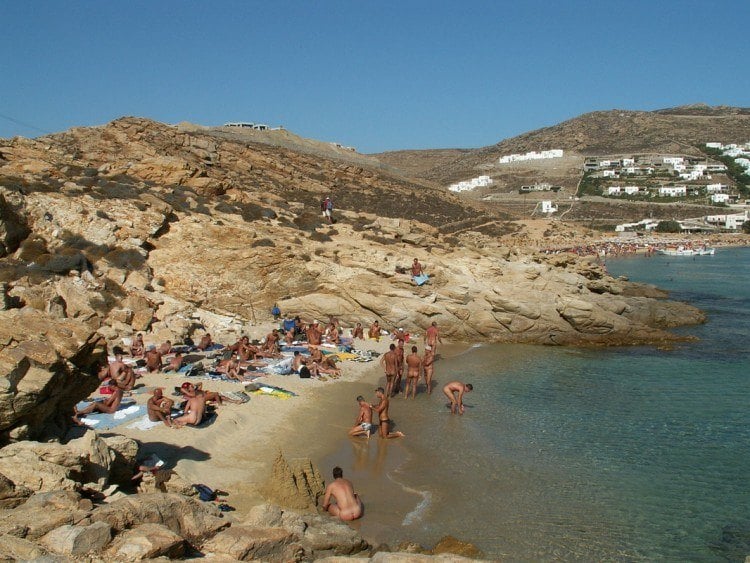 It seemed to me like every gay man I know was holidaying in Mykonos last year, and who can blame them?

2016 is set to be an even hotter year for the gay-friendly island, and the main beach where all the gay men head to is Elias Beach on the island’s south coast.

I find that with many gay beaches the gay area is confined to a rocky outcrop of a far end of a straight nudist beach, but not so with Elia Beach.

A rainbow flag flies proudly right in the center of the beach, and there is nothing but golden sand right along this stretch of coastline.

And there is nothing hidden away about your sunbathing experience here.

You can rent a sun lounge and have drinks and food brought over to you while you eye up the guys around you.

Beyond this main beach, you will find a second beach, which is a little more isolated and so you’ll find some nudism towards the far end.

Things can get cruisy there in the late afternoon if that’s what you’re into.

Which is your favorite gay beach in Europe? 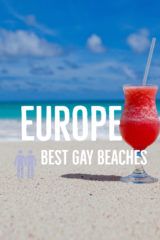 Thanks for this article! I've visited a few of them already at they were indeed nice spots. I have planned to visit more of them for this year and I've also used Ellgeebe you guys should have a look: https://www.ellgeebe.com/

Your blog is totally different !

Thanks for sharing, these beaches are one of the best ideas for those guys who believe in this relationship.

My brother, I'll call him Bruce because that's his favourite character from Finding Nemo, needs to read this post. He's forever bemoaning the lack of gay-friendly places to visit, and the fact that his lifestyle makes him a Hobbit. Bruce doesn't get out much as a result, and feels largely alienated, and I doubt he realizes that there's a lot more out there to go visit than just San Francisco to mingle with other gay men. I have to thank you for this post, because I think too many people are caught up writing about things that are "safe" and you've boldly written about something that should be as mainstream as anything else these days but still seems off-limits for topic choices. This is going to make Bruce extremely happy, especially since he's got two weeks holiday coming to him!