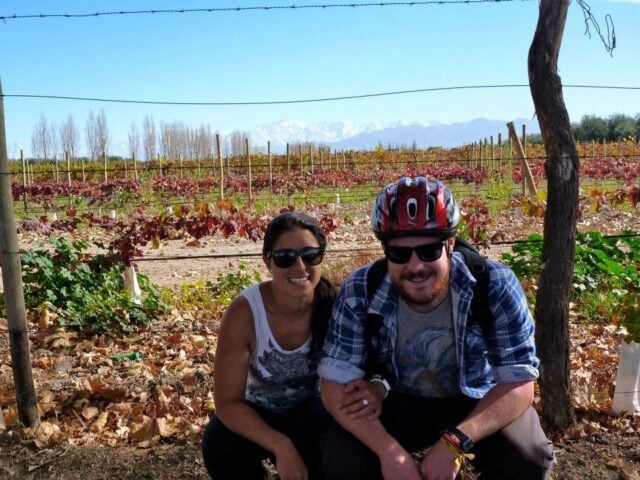 The question came up repeatedly as I prepared to make the biggest trip of my life.

I asked anyone I could find who had been to both places or were wine lovers like myself, and the responses were split right down the middle, plus one iconoclastic friend who picked Croatia.

I was looking forward to finding out for myself. 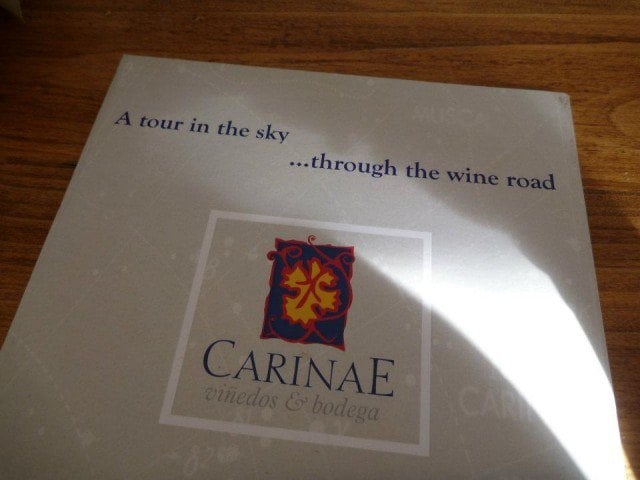 CarinaE was my favorite bodega in Argentina.

I'll start here because this is where I started my trip, in Buenos Aires to be specific, but I was thinking about Mendoza the whole time.

The name has been on so many of the bottles of wine I have bought, and I had read how beautiful this part of Argentina was too.

I loved the crisp air, the fall foliage, and the snow-covered mountains, and after taking all that in for a day, I was ready to head south to Maipú, to rent a bicycle and do some wine tours. I ended up doing a half-dozen of them.

My first stop was CarinaE. Starting here turned out to be a big mistake. It was the best bodega of the day, and nothing else came close.

Here I took a tour, then got to the part I like the most, tasting the wine. I tried the Merlot, the Cabernet Sauvignon, the Malbec, and a cab/Malbec blend. The latter was by far my favorite.

I went to five more vineyards that day, the ones you've read about in Dave's post and another that I cannot remember, probably because I had already fallen in love with CarinaE.

By the third stop, at Filosofos, when our host was telling us about the wine, about its flavor, its texture, I started to think, “Yeah, yeah, just gimme a glass and pour it already.”

At my fourth stop, Lagarde, the host was in even more of a hurry to pour the wine than I was to drink it. I thought, “Geez, at least act like you like being here.”

As I made the wobbly ride back to the bike rental shop, I kept thinking about CarinaE. But I still had half a mission, to find out which country has the better wine: Chile or Argentina? 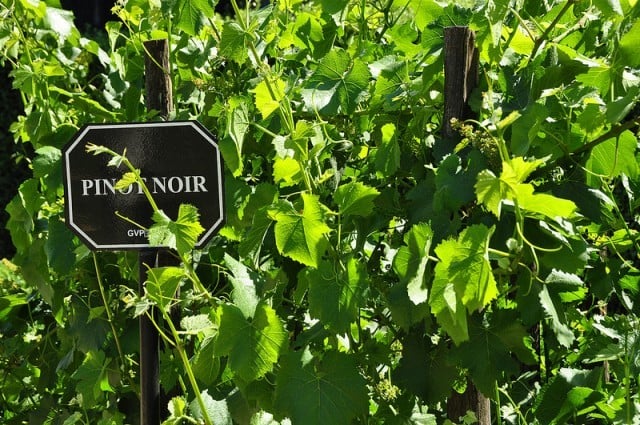 I was in Santiago almost a week, but I had only a couple of days for wine tours. I was already familiar with two wines from Chile, Casillero del Diablo and Ritual, the latter of which was not offered as a tour at my hostel.

The tour was thorough, explaining the history of the bodega, the cultivation process, and, of course, the tasting.

I've always been a big fan of Pinot Noir, and naturally, enjoyed the sample included in the tour. I believe a Carmenere and Merlot were part of the tasting as well, along with a dessert wine, a sweet white.

I picked up a bottle of the Pinot and the dessert wine, which I shared with my parents on my mom's 70th birthday party last year during their visit to Medellín.

But the Pinot was the best. It's part of the TH series, and I waited two years to drink it, definitely worth the wait.

It could only be those.

I'm not sure I'm ready to say Argentine wine is better, only that I like CarinaE's Cabernet/Malbec blend the best, partly because they sell it only at the bodega.

Normally I order Pinot Noir if I'm at a restaurant.

So I guess my answer is:

To the wine fans reading, what's your preference, Chilean or Argentinean?

After living in Chile for 3 years that should be my choice. The funny thing I'm not a wine drinker however when I do can't go wrong with Malbec.

Your trip was a bit short to really answer the question. While both countries make some find wines, they shouldn't be compared to each other. The rather large mountains in between keep them from being related in any way other than on a map.

Chile has a Maritime climate and drinks much less wine than the sell. With plenty of exceptions wine from Chile is made for export, and it shows.

Argentina made awful wine but drank every drop for over a century. About 25 years ago this changed and now most of the wine is of more international standards. While they export a great deal of wine, most of it is consumed at home.

Perhaps a tasting of Cabernet Sauvignon, side by side, right there at home would help illustrate the difference. Chile makes Cab that tastes like Cab from most parts of the world. Tannic and worthy of aging. Argentina Cab is soft, with little tannin and is very easy and ready to,drink.

As far as best goes, that is a matter of choice. I made my choice when I settled in Mendoza for the last six years.