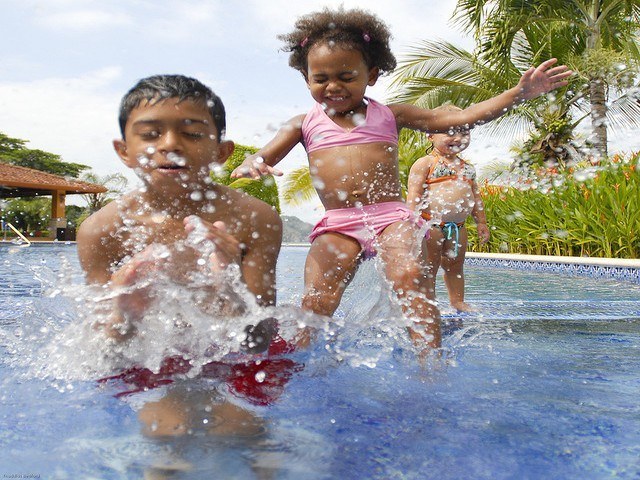 Costa Rica offers everything from surfing to wildlife to family vacations. (photo: crluxuryvds)

In 1998, the University of Nevada student body counted at least three students from Hawaii. One of them was me.

I knew nothing about Costa Rica Travel Excellence, just that Rory, despite being from the inland town of Grass Valley, was a surfing enthusiast.

He figured I must be too, being from Hawaii, and I used to surf, yes, but I wasn't an enthusiast. But I was willing to listen to Rory, who had already gone to Costa Rica once.

All I knew about Costa Rica were nerdy geographical facts I learned in my introduction to Spanish class.

I can still hear my professor saying things such as, “Mexico is part of North America, not Central America, which is considered a region of North America that is home to countries such as Costa Rica and Panamá.”

I also learned the capital of Costa Rica is San José.

I needed to learn more, of course, if I was going to visit the country, so I looked a bunch of stuff up online and found a lot about surfing, wildlife and family vacations in Costa Rica.

I did it again recently, as I never made the trip with Rory but began thinking about it again after Rory sent me a message last year from Hilo, my hometown in Hawaii, which he was visiting as part of his honeymoon.

As I scoured the net, I quickly noticed you can find everything from solo surf packages to all-inclusive family vacation packages in Costa Rica. Making a decision was about to get tough.

How would I choose from so many travel companies and offers? Luckily you always have Trip Advisor.

After everything I've read, I think the wildlife of Costa Rica fascinates me the most.

There are red-eyed tree frogs, white-faced monkeys and scarlet macaws, and that's just the beginning. There are bats and crocodiles and poison dart frogs, and hundreds of other species I would love to see.

Maybe I could do some zip-lining as well. I hear it's one of the best things to do in Costa Rica.

I just don't think I'll be doing any surfing. I went to Brazil recently, to the northeast, and got on the board again, at Porto de Galinhas.

I spent two hours in the water and caught only four waves, a sign that my best days of surfing — which were never great to begin with — are over.

So, sorry Rory, but my trip to Costa Rica is going to be a lot different from yours.

This story was brought to you in partnership with Travel Excellence.