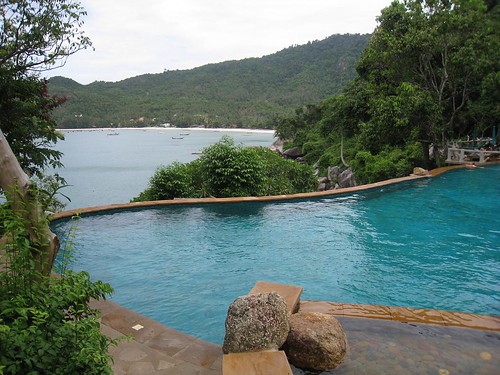 The day after the bar crawl, it was Elizabeth's turn to feel unwell. Aside from a few hours of dice with Nienke, it was a low key day and night. In the morning, I joined them both for breakfast on the beach and we said goodbye. 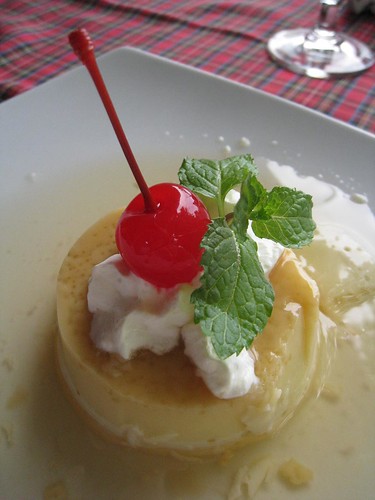 I decided to walk along a rickety old boardwalk that leads to a fancy resort between the north and south beaches. The hotel grounds were stunning. It was clearly the type of place that attracts couples and families instead of us cheapskate backpackers. The pool was gorgeous, as were the views from the restaurant's patio, so I decided to indulge in a tasty lunch of yellow curry with chicken. The splurge came when I decided to order the coconut dessert. Soooo creamy and delicious. Desserts have been real hit or miss affairs in Thailand and this petite one really hit the spot. 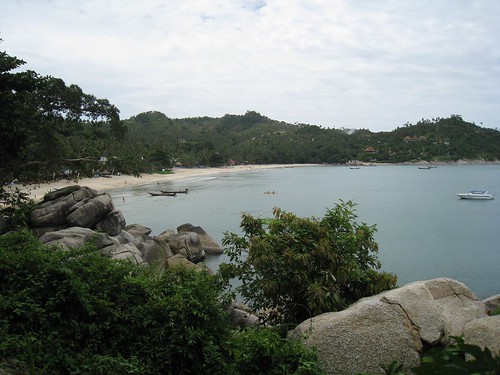 After lunch, I walked back along the boardwalk and decided to take some photos from one of the adjacent boulders. As I lept off the wooden walkway, I heard the board under my foot bend. I could tell it was literally pulling the old nail up from the vertical support beam. Thankfully, momentum was on my side and I landed safely on the rock.

I took a bunch of pictures, and as I was putting my camera back in the case, I heard a crunch. If you've ever heard the sound of your own bones cracking, the sound which instantly sets off pulses of adrenaline, then you know what it sounded like when those little camera gears which control the zoom lens snapped and popped. 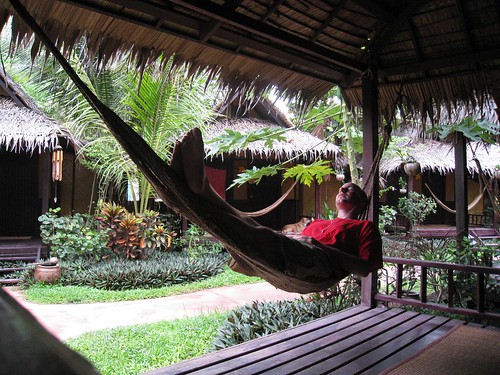 I immediately assessed the damage. I could manually zoom out slightly to get a clear shot, however going any further, it was all out of focus and if I went all the way, then I was forced to restart the camera. The lens was no longer able to fully retract either. I knew it was a total loss. I would need to buy a new camera just 3 months after coughing up $300 in Kathmandu.

Surprisingly, I wasn't too pissed off about the situation. I knew I could and would get a new one once I arrived on Phuket, it was just going to be a matter of how much I'd have to shell out. My mind was already piecing together how I would be able to cover some of the cost with the month's advertising revenue and money earned from completed dares.

Ok, seriously what camera do you use - STUNNING!!! I need one. Do you sell prints. Yes?

Ok, seriously what camera do you use - STUNNING!!! I need one. Do you sell prints. Yes?

It was fun reading your diary :)

It was fun reading your diary :)

I guess the impact of traveling for an extended period of time on your cameras wasn't part of what you factored into your pre-trip budget. Hope it doesn't put you to far off, my sanity needs you to keep traveling *Grin* perhaps I should send you some money.