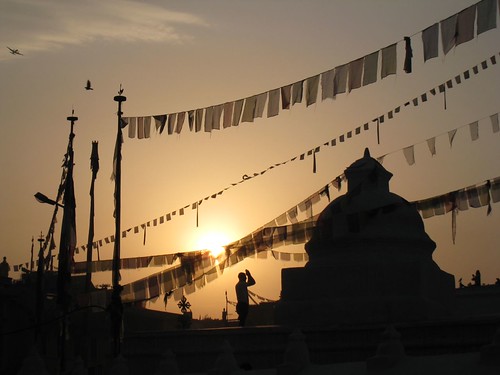 The second morning I awoke in Boudha, I satisfied my curiosity about the ringing bells at 5:30am. I put on some warm clothes and stepped outside of the guest house to see people walking down the alleys toward the stupa, counting their prostrations on malas (prayer beads) hanging from their hands. I joined the procession and walked around the stupa a few times. 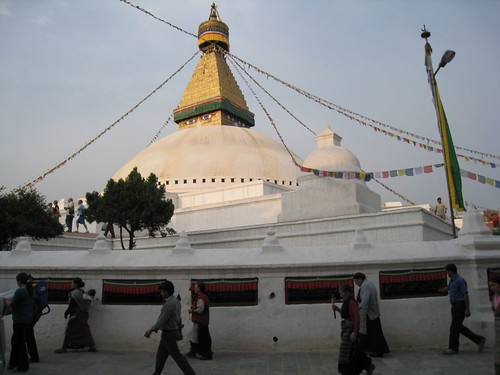 Since most tourists tend to spend only an hour or two around the stupa, my plan to have it all to myself paid off! One or two other westerners were up at sunrise, however the crowd was mostly Tibetans in their traditional clothes, spinning hand held prayer wheels, counting prayers, and chatting with one and other. It looked and felt like what I always imagined of Tibet. 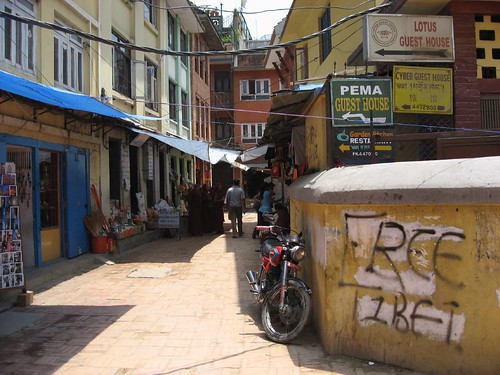 After earning some good karma, I stepped into the courtyard of the monastery which runs my guest house. Once inside, a monk indicated I could enter the gompa. The morning puja was in session, and I quietly took a seat in a back corner so I could listen to the prayers. Every ten minutes, cymbals would crash, small kids would blow through giant white shells (bigger than their heads), and two massive drums were banged. When the instruments were used, I closed my eyes and it felt like I could've been in a movie scene from Kundun, or in some old monastery on the Tibetan Plateau. Opening my eyes and recognizing I was in a monastery in Nepal suited me fine! 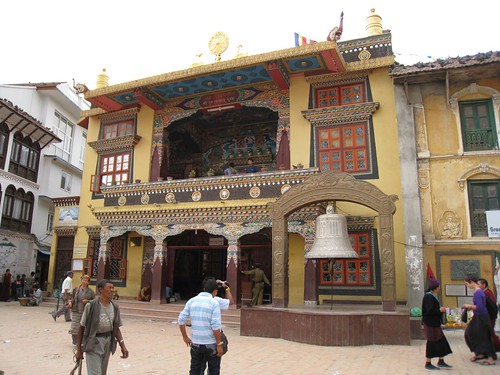 I had to run a few errands from Boudha which meant some extra cab fares, however being able to return to the Tibetan community at the end of each day was well worth the extra cost. I picked up my backpack from Thamel, organized my Indian Visa, and bargained for a new Canon Digital IXUS 860 IS from a shop on New Road (the electronics hub of Kathmandu). 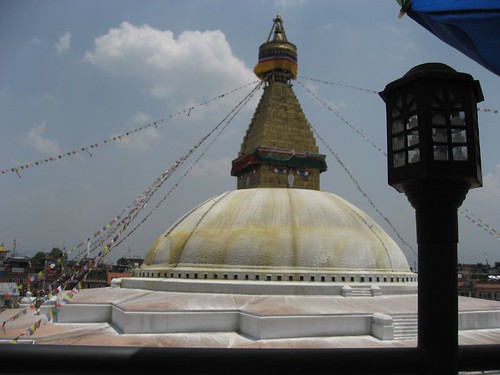 During my first few days in Boudha, I enjoyed fantastic stupa views from the tourist restaurants that occupied the rooftops. 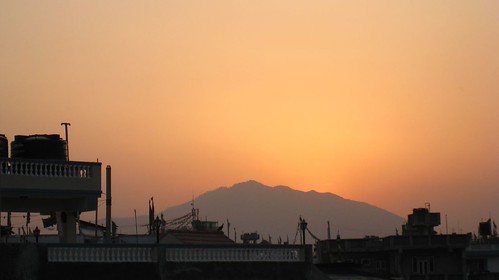 I even caught a great sunset with my new camera over the Kathmandu Valley one night.