A section of the GR 20, in the Mediterranean island of Corsica (Credit: Jean-Baptiste Bellet)

Everyone has a different style of traveling. Some like to spend their free time basking in the sun at a 5-star resort on the Mediterranean coast. Others prefer to risk life and limb scrambling down mountainsides, hiking across rocky terrain and camping out in the wild.

Europe is one such continent that offers plenty of opportunities for this particular type of adventuring. Such holidays don't come without risk, so it pays to be prepared.

With that in mind, here's a look at the most dangerous hiking trails in Europe.

GR 20 is a walking trail that stretches eastward from the north to the south of Corsica. Although it involves minimal climbing, it is consistently referred to as being Europe’s toughest long-distance trek.

The hike takes around 15 days to complete when walking for a minimum of six hours a day. At 112 miles (180km) long and with twelve thousand meters of ascending and descending, it’s safe to say that a decent level of fitness is needed to complete the trek.

The walk is impassable during the winter due to snow and made difficult in the peak of summer thanks to Corsica’s sweltering heat. 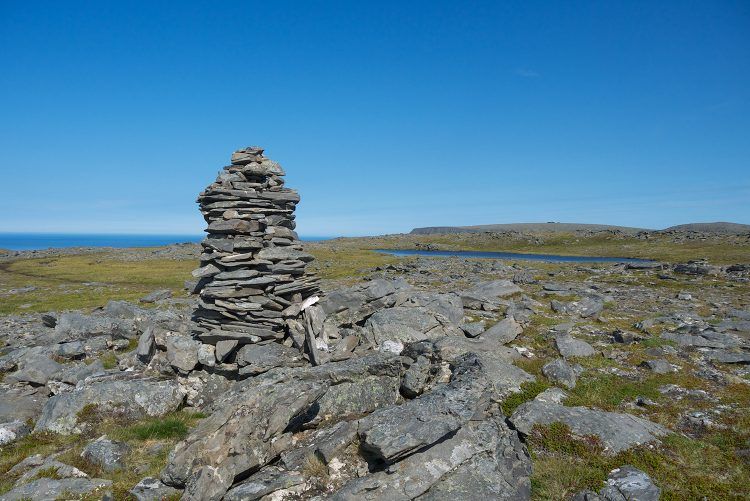 A rock cairn along the path to Knivskjellodden. (Credit: Wikipedia Commons)

Those wanting to stand at the very most northern tip of Europe usually journey to the edge of Nordkapp Plateau in Norway and call it a day.

The walk from Nordkapp to Knivskjellodden is an 11 mile (18km) round trip that takes around six hours to complete. However, the window throughout the year for hiking this route is small.

The path is often made impassable due to snow and the lack of light after October makes it impossible to navigate during the winter seasons.

When walking in the summer months, you’ll be rewarded by the constant presence of the midnight sun. Make sure you watch out for the northern winds, which can whip you to and fro. But that’s Norway for you – a country that is made all the more beautiful for its unpredictable weather!

Located south of the Italian/Austrian border, the Dolomites form part of the Southern Limestone Alps and are popular among both novice and seasoned hikers.

These peaks rise above 9,842 feet (3,000 meters) and contain the highest concentration of via ferrata (which roughly translates as iron paths) in the world. This means that the 170 routes come equipped with fixed cables, ladders, and bridges making it accessible to walkers and climbers.

These paths are free to use and are open to any enthusiast who has a good amount of experience with mountains and isn’t bothered by heights. 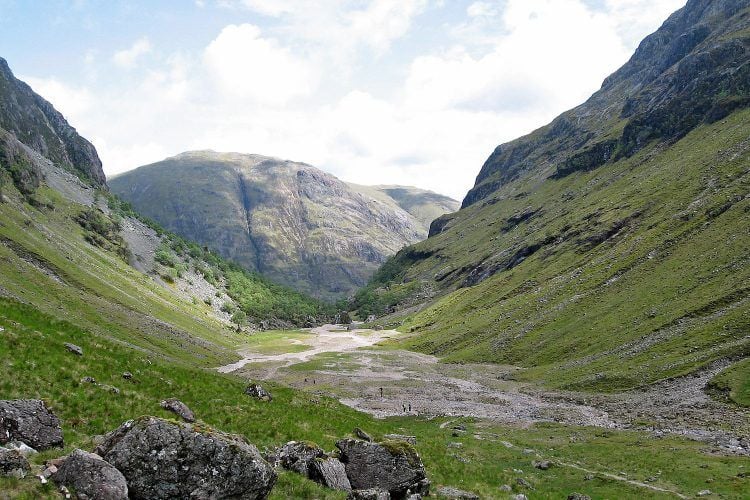 The reward for scrambling Aonach Eagach Ridge in bonnie Scotland is not just the sense of achievement that comes with completing a challenge, but the views you’ll be greeted with along the way.

Aonach Eagach runs along the northern side of Glencoe and is best hiked in winter, for a truly alpine experience.

Many who complete the Aonach Eagach scramble do so due to having the goal of “bagging Munros.” Munros are the mountains in Scotland, which are over 9,842 feet (3,000 meters) tall.

There are 282 Munros in the country overall, with Aonach Eagach boasting two of the most challenging – Meall Dearg and Sgor nam Fiannaidh.

Located in the province of Málaga in southern Spain, this hike (also known as Camino del Rey) was once touted as being one of, if not the scariest treks in the world.

This three-kilometer cliff path was built at the turn of the 20th century to give construction workers access while building nearby Guandalhorce dam.

The rapidly deteriorating pathway was officially closed in 2000 and stayed shut for nearly 15 years after some people died trying to cross it.

Not that this deterred the most desperate of thrill-seekers, who continued to trek along the path, despite the risk of injury and trespassing fine.

The path was re-opened in early 2015 after a $3 million refurbishment.

Secure wooden walkways were installed, and equipment replaced, with all hikers now being required to wear hard hats. 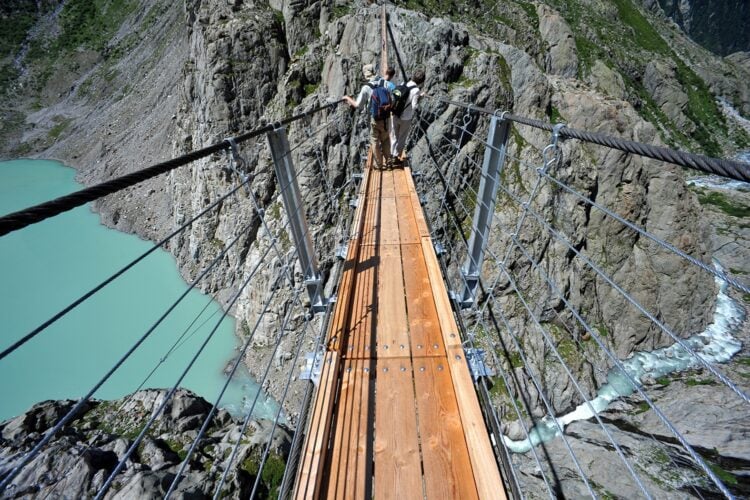 The Trift Bridge is a pedestrian suspension bridge in the Swiss Alps. Located above the Trift Glacier, it stretches 558 feet (170 meters) across the lake.

The bridge is accessible via an aerial cable car, which transports visitors across the Trift Gorge and Valley.

It’s a 90-minute hike from there to the bridge, the crossing of which is a feat in itself. The bridge is suspended 328 feet (100 meters) above the lake and hikers need to have a steady head for heights to make the journey from one end to the other.

I suggest gazing out at the nearby glacier and lake, rather than looking down.

Europe has a varied level of paths, walkways, and treks to cater for any hiker of all backgrounds. These particular hikes pack in a little something extra for those searching for both greater heights and thrills.

This story was written by LC and brought to you in partnership with EHIC. All opinions are the author’s own.

Great Article LC. Most of these hikes are on my bucket list :) FYI, the most difficult part of the GR20, called "cirque de la solitude" , has been closed, after a groups of hikers died due to a Landslide last June...