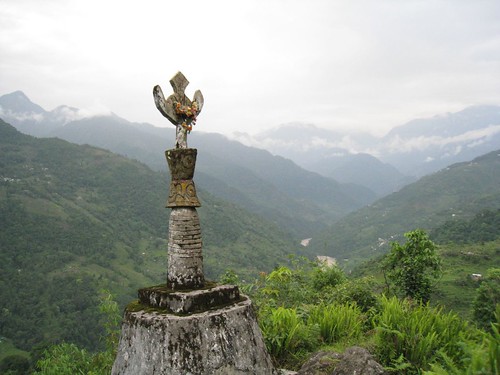 There was a delay in getting the necessary permits for the jeep tour north so we ended up leaving an hour late.Then, a little ways outside of Gangtok, we stopped at a scenic outlook for 30 minutes though clouds hid the mountains of interest.We left a stop at Phodong Monastery for the ride back so as not to lose further daylight.None of us were interested in riding around on the steep, rough, and sometimes wet mountain roads at night. 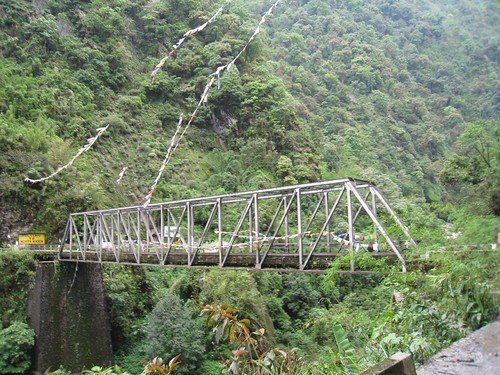 Along the way, we crossed bridges strewn with colorful prayer flags, rows of bamboo poles bearing vertical white prayer flags (planted when someone dies), gigantic waterfalls, and a zillion BRO signs. My favorite reads ” Ever wondered who defied death to build these roads? BRO that leads the way.”? Many of them rhyme, and they all bear swastikas. In fact, Project Swastik is the name associated with a road construction plan. By the time I left Sikkim, I felt the road workers deserved as much credit and attention as all the signs provided. 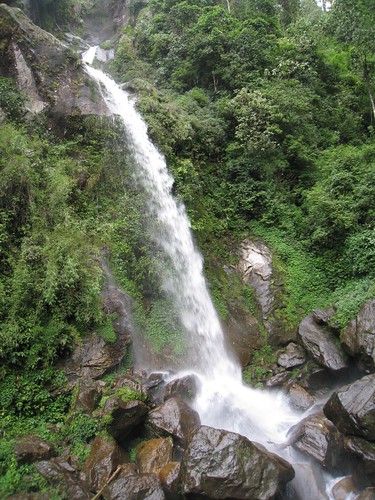 In addition to a sense of pride in road building efforts, Sikkim's government clearly wants visitors to know it is dedicated to the environment. ” Protect forests for survival of mankind”? is the state's green mission. Another sign said ” forests have made us a beautiful people.”? It is worth noting that Sikkim was an independent country until 1975. 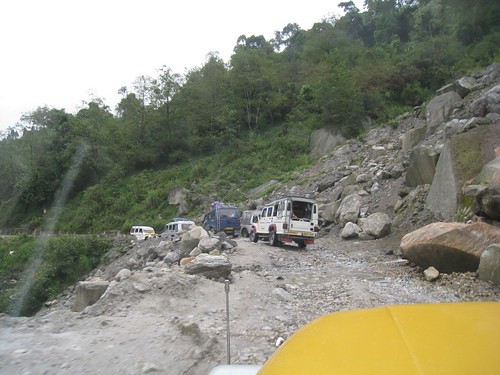 As we continued our driving after lunch, we passed schoolchildren walking along the sides of the road. I couldn't imagine having to make such walks every day, especially in the rainy season when roads are often closed due to landslides. 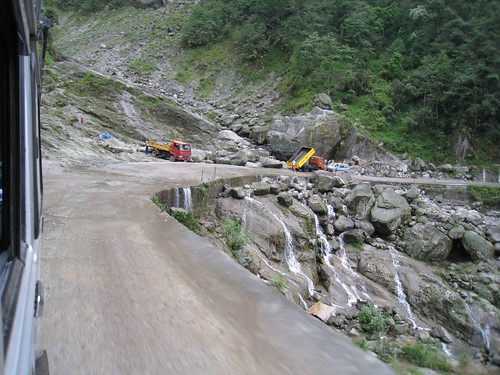 We drove for 30-45 minutes in the dark before arriving in Lachen (elevation 2,775 meters) for the night. I had occupied the front seat for 5 of the 7 hours we were on the road, and had felt increasingly confident in our driver. Still, it was a relief to exit the jeep as it had been a long day. After a delicious dinner, we all hit the hay. 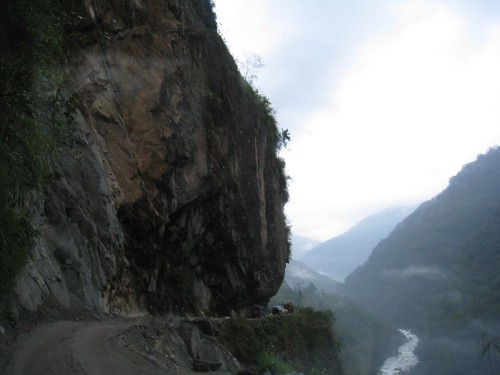