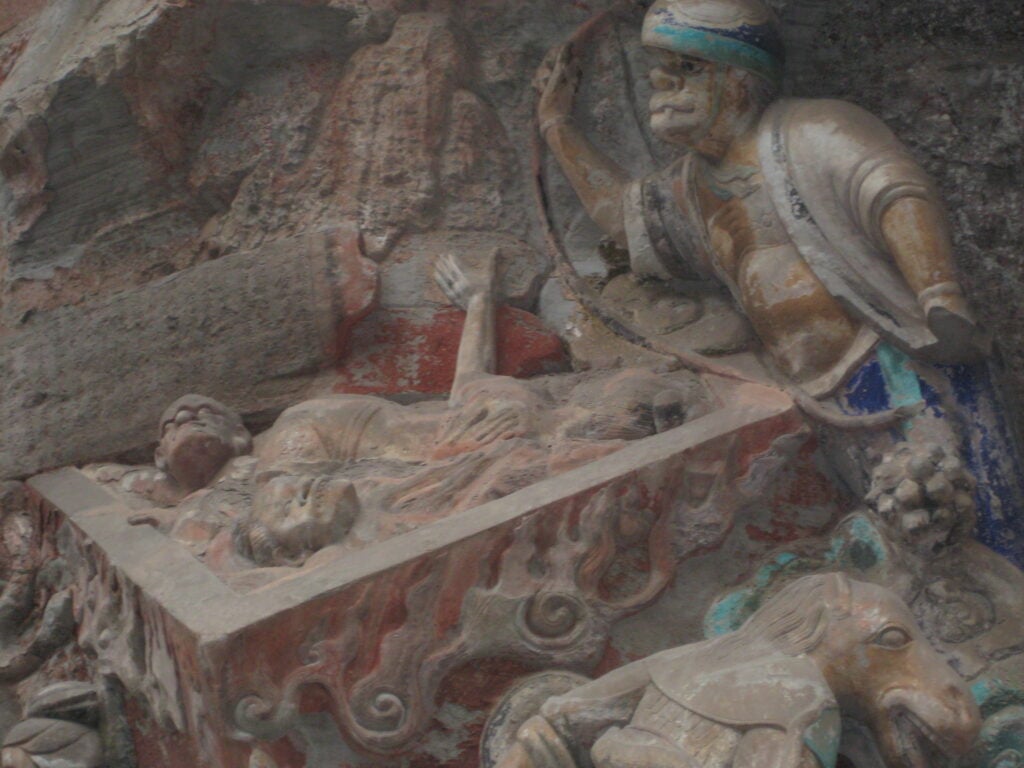 Most people who come to Sichuan either do so because they are about to head to Tibet on a trek, or to visit Chengdu and its surrounding tourist attractions, especially the pandas and Lei Shan and Emei Shan, two large standing Buddhas. Few ever go see Dazu Rock Carvings, which is convenient from both Chengdu and Chongqing.

To be honest, I wouldn't have ever gone to Dazu if it weren't for my art historian father. But still, at his imploring and the advice of a guidebook, I figured why not? Plus, I usually figure things were named UNESCO World Heritage sites for a reason. That's been a good rule of thumb for me in the past.

In this case, my rule held true- Dazu is absolutely worth a visit. It's a beautiful site with carvings dating back to the 7th century, though the vast majority of them were made from the 9th to 12th centuries.  Dazu rock carvings are actually at five separate sites, but Baoding shan (or Mount Baoding) is the most famous one, and the one you are most likely to go to, especially on a tour. 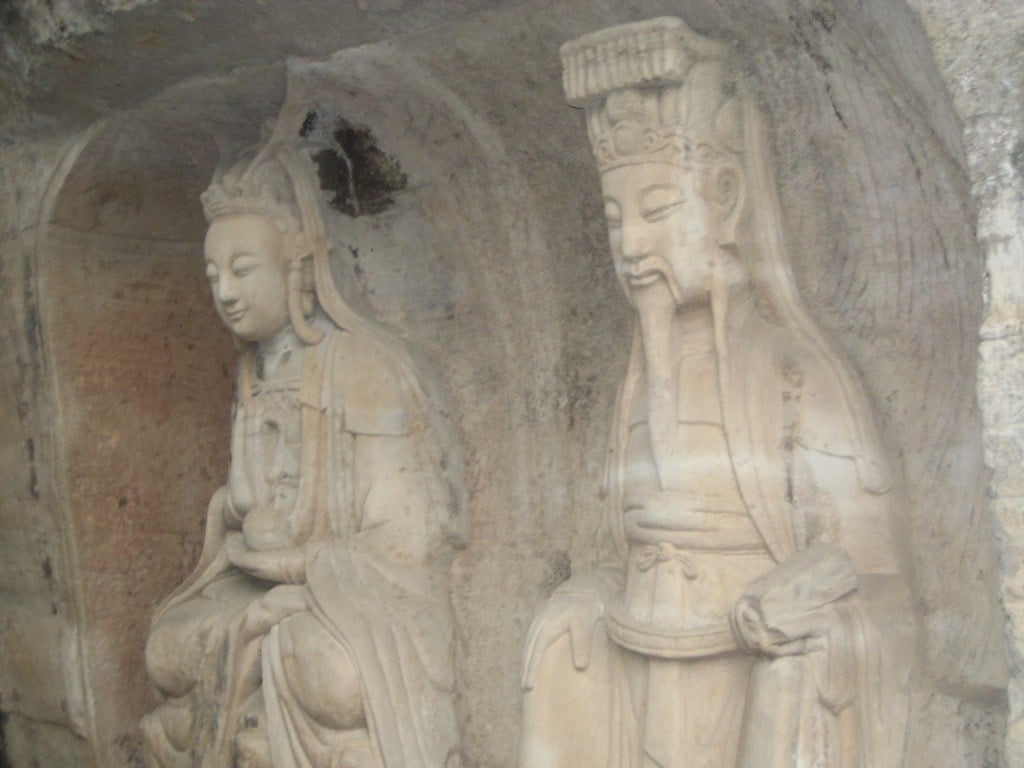 While the vast majority of the carvings are typical Buddhist scenes, such as Buddha entering nirvana, what's particularly neat about Dazu is the scenes where Confucianism and Buddhism seem to mix. For example, the stories of Buddha offering his eye to his father, when his father needed nutrition, and other such tales are very influenced by Chinese filial piety. There were also many ” Boschian”? images of gruesome tortures in hell. There are even special kinds of hell like knife-stabbing hell. Yeah, that'll teach you.

So, if you do decide to go (and you should), you can do so easily from either Chongqing or Chengdu. I went from Chongqing, opting for a day package trip rather than personally arranging the public bus, though either is possible and guidebooks or Wiki can tell you more. Any of the multitude of travel agencies in Chongqing that offer river cruises will also have a trip to Dazu, usually starting at about 300 RMB but you should be able to get them down to 150 RMB or so.

Dazu is one of the best places in Sichuan you've never heard of. Look into it.

Amazing rock carvings! I regret that I missed this when I was in Chengdu. There' just too much to see for a very short time.

Amazing rock carvings! I regret that I missed this when I was in Chengdu. There' just too much to see for a very short time.

Gorgeous! I wonder if these carvings are as large as the ones in the Longmen Grottoes.