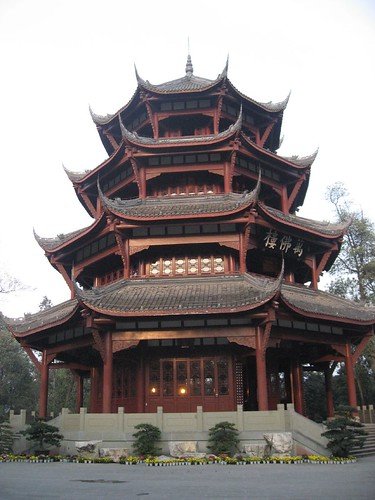 As my mornings in Chengdu were often spent asleep (and I do mean all morning), I'd always try to rustle off the couch for some sightseeing in the afternoons. DuFu was a famous Chinese poet and he lived in Chengdu for awhile, so I took an afternoon to tour around his cottage grounds.

Just about all my travel around Chengdu is via the yellow and green VW taxis. They're cheap, and the city is still in the midst of building it's first metro, so it's the best way to get around. The Cottage was a wonderful respite from the noise and business of the city streets. As I arrived late in the afternoon, I felt a bit rushed, however I saw much of what was to be seen. 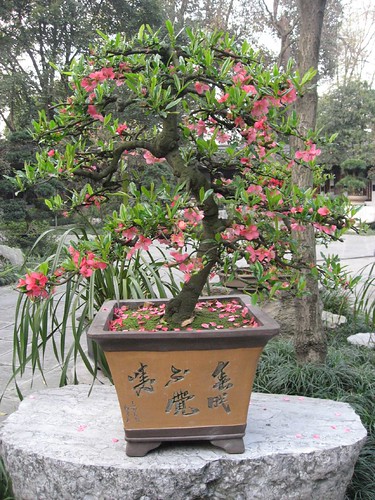 My favorite section was the bonsai garden. It was stunning! I don't believe I've ever see such old ones, in so many numbers. Plus, they seem a tad cooler in the midst of an ancient Chinese poet's previous home, smack dab in Sichuan, China. :) 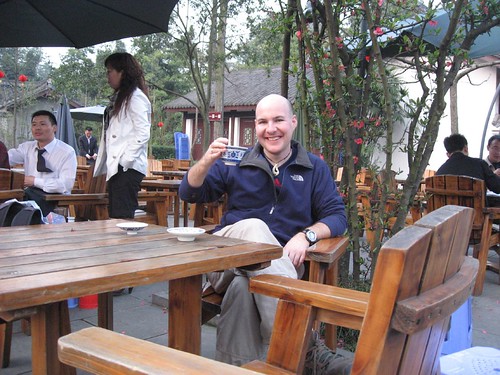 As dusk began to arrive, I stopped for tea on my way out of the complex. I was quickly becoming a fan of the tea culture in the region and wanted to experience it one way or another every day. A Chinese woman who spoke rudimentary English joined me for a little while. It's common for cups of tea to be served with giant thermos' of hot water so you can continuously refill your cup. The Chinese love to sit around drinking tea, playing card games, maj jong, and chatting.  And I  loved being around it!