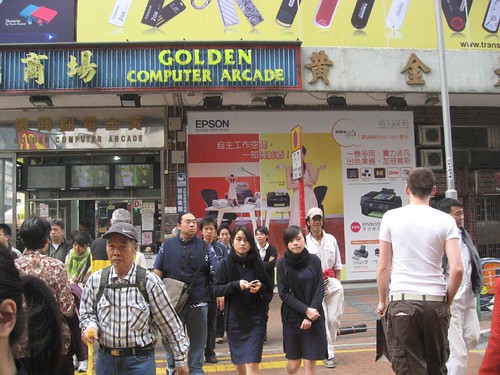 Adam had offered to help me find and buy an Asus laptop, so we headed north on Nathan Road in a taxi to The Golden Computer Center, a giant collection of electronics shops.  The lower floor was dedicated to video games, while the upper contained computers and TV's.

The Center was not the place to go if you are claustrophobic, as it had shop after shop, some seeming to appear out of thin air in just a few minutes time.  There were very few Westerners.  Adam loaded up on a variety of products he could have resold in the UK for (a hopeful) profit.  I was glad to be in such an environment with a video game aficionado, as I otherwise might not have appreciated the games, technology, products, and prices we were seeing. 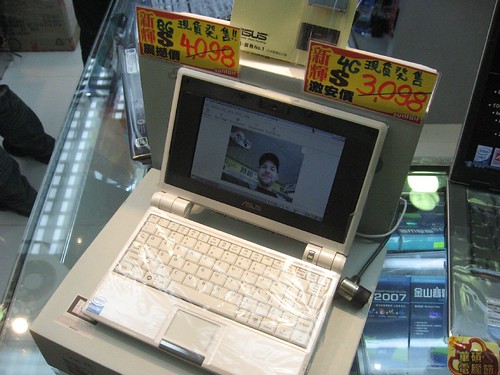 Several computer shops were sold out of the Asus, though just as many had it in stock with the specifications I sought (same as previously described).  The price was the same amongst all the shops, though one offered to throw in a 2gb SD memory card to offset a $10 price differential with a store selling the same computer next to the Mirador Mansion.  In the end, I paid $385 USD for my new laptop.  It is unnecessary, though quite fun.  I will definitely save money at internet cafes over time, and you might see me start to write more since I'll have time to draft posts. 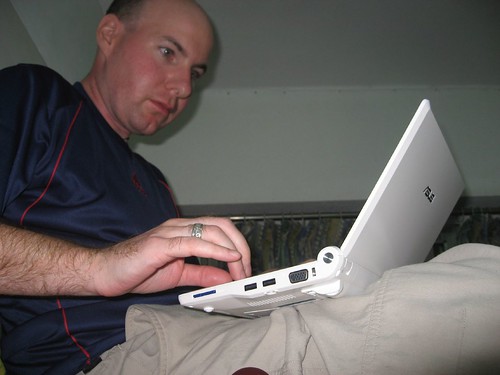 it looks like a very new computer. send one to me.....Make the features !

I would definitely say screen and keyboard are the most important buying decision for me as the specs are fairly standard across brands anyway.

And it's just so CUTE!!! I had a tiny VIAO for years and loved it. Until I was moving and accidently put a piece of paper on top of it. That wasn't so bad, but then I couldn't see it and accidently stepped on it! Bye bye viao. So um, don't loose it under any paper. -Suz