Las Tintoreras off the coast of Isabela Island wasn't on our original cruise itinerary with the Eden Yacht, but after we switched ships, we inherited the stop.

Galapagos Penguins are the only kind of penguin that live along the Equator, so it was a nice treat to see a few.

Even cooler were the dozens of White Tip Reef Sharks hanging out in shallow waters, making them easily viewable from above. 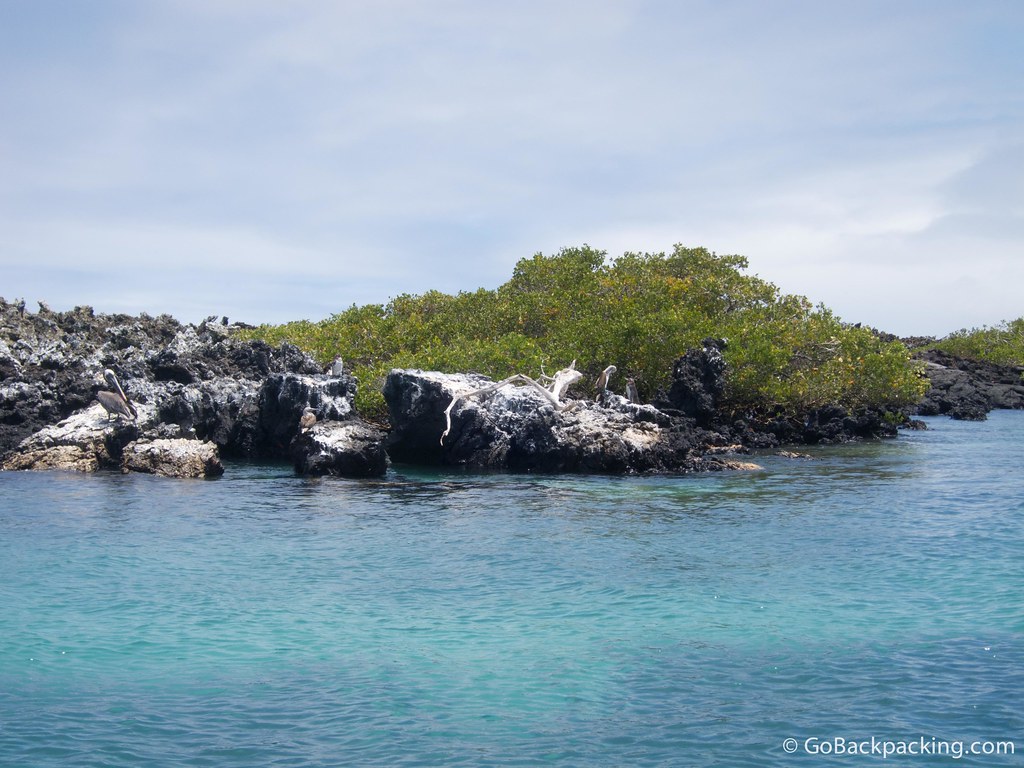 Galapagos Penguins are well camouflaged between the black volcanic rock, and massive amounts of white bird guaro. How many can you spot? 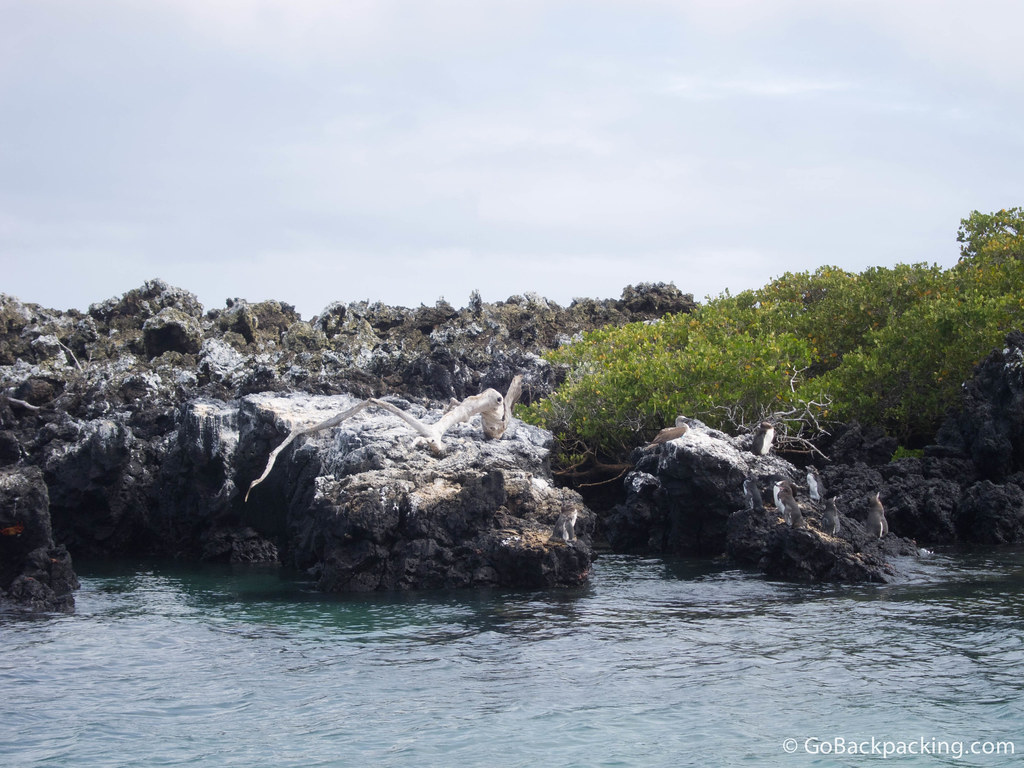 After our hike along the volcanic rocks to see the sharks, we returned to the same spot and found many more penguins. 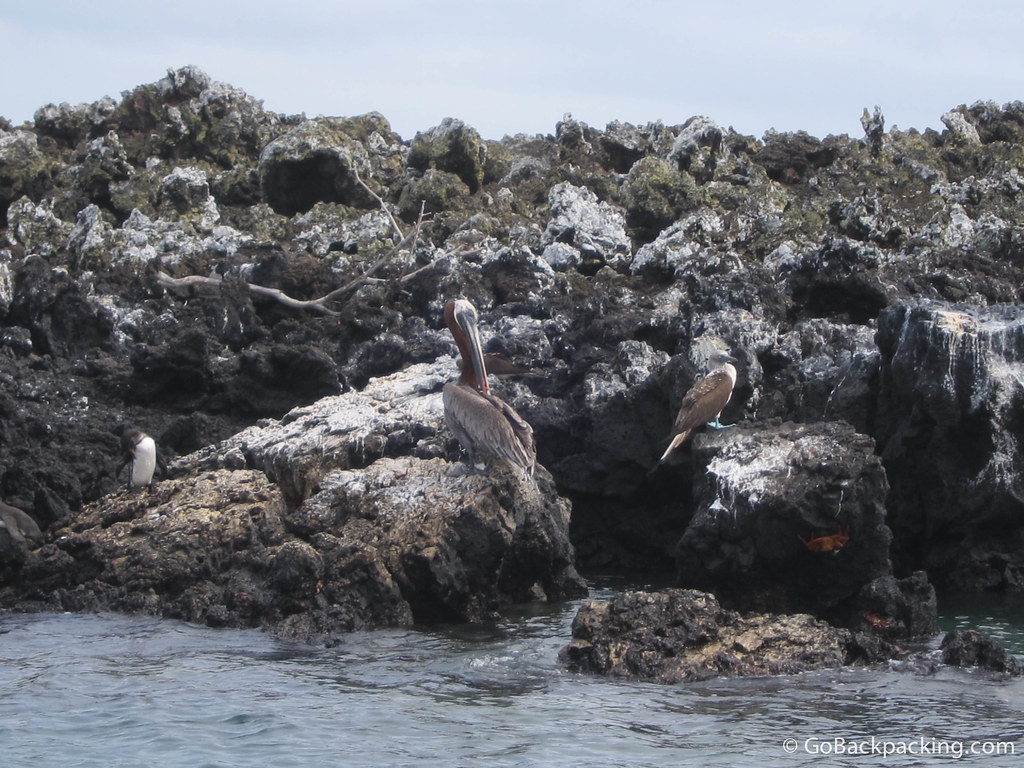 Penguin on the left, pelican in the middle, and Blue Footed Boobie to the right. This diversity is what the Galapagos are all about! 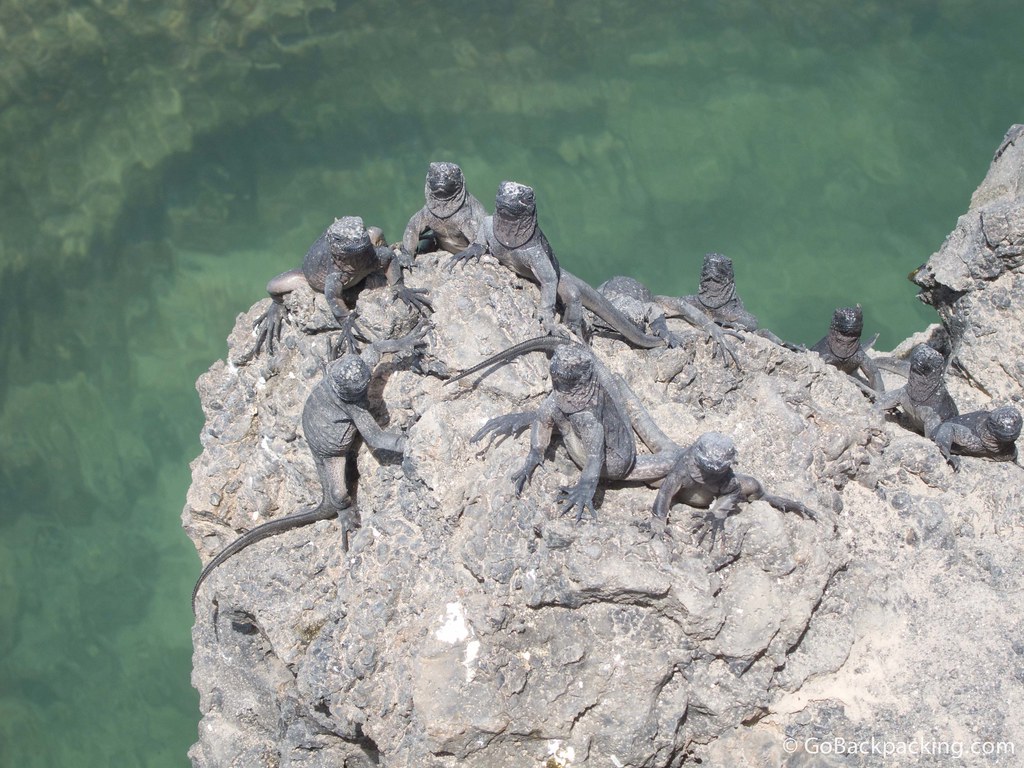 There were tons of Marine Iguanas sunning themselves on the volcanic rocks, while the water below was filled with sleepy sharks. 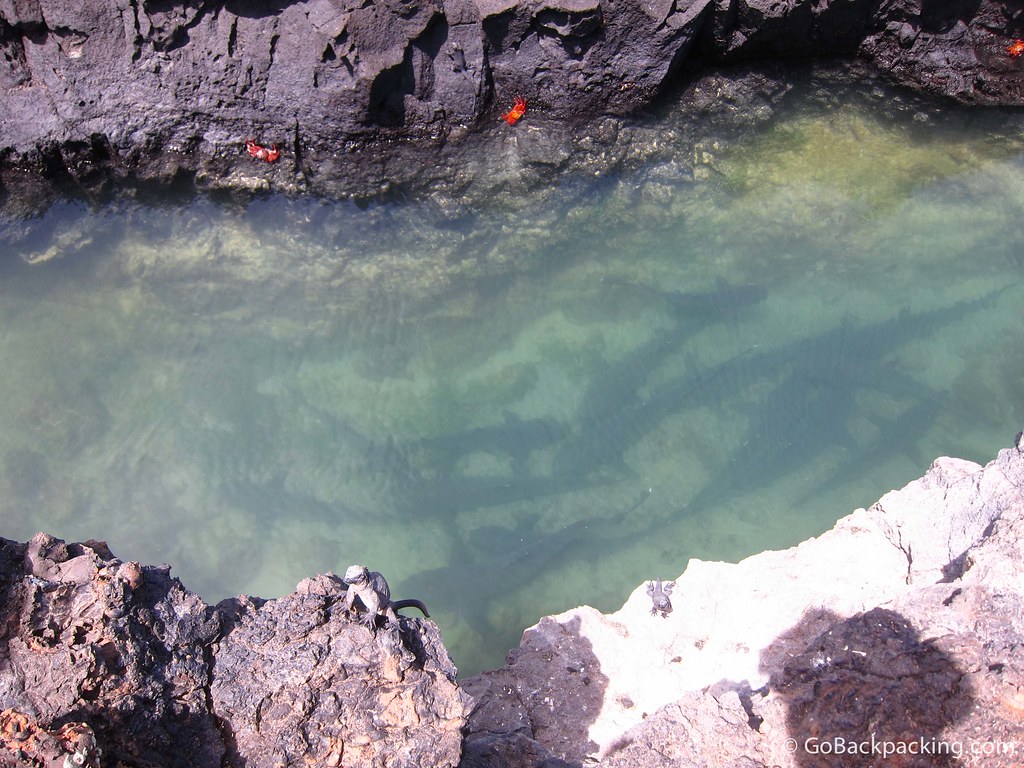 During the day, dozens of White Tip Reef Sharks hang out in this shallow channel. At night, they leave to go hunting nearby. Red Sally Lightfoot Crabs are on the far rocks. 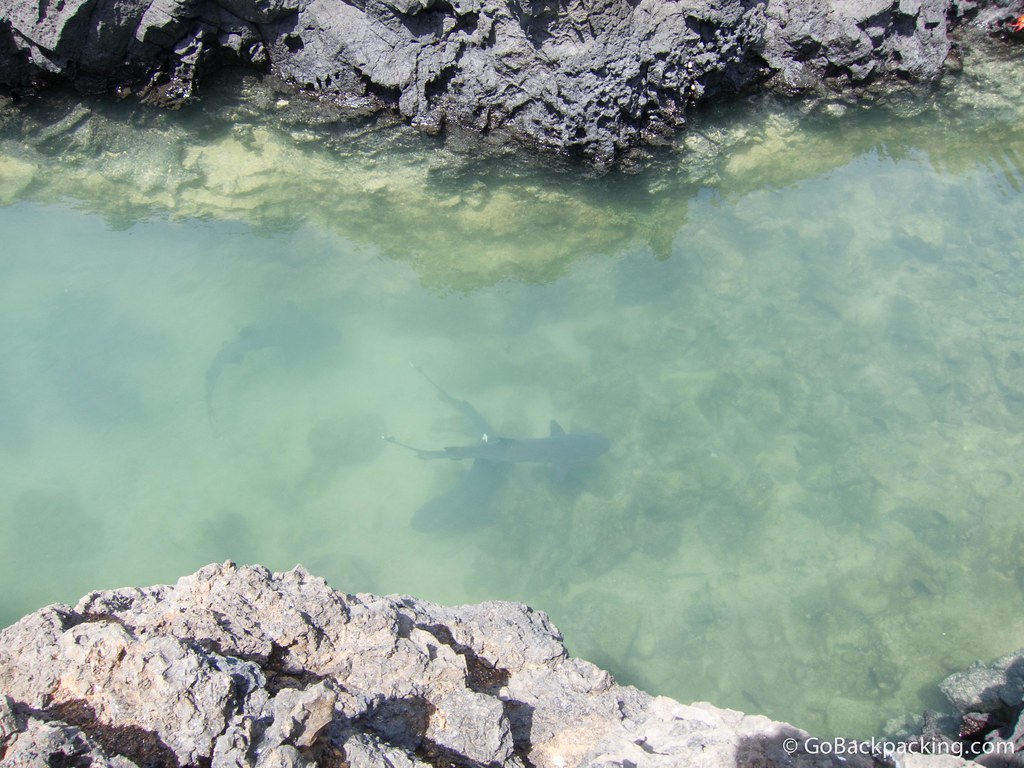 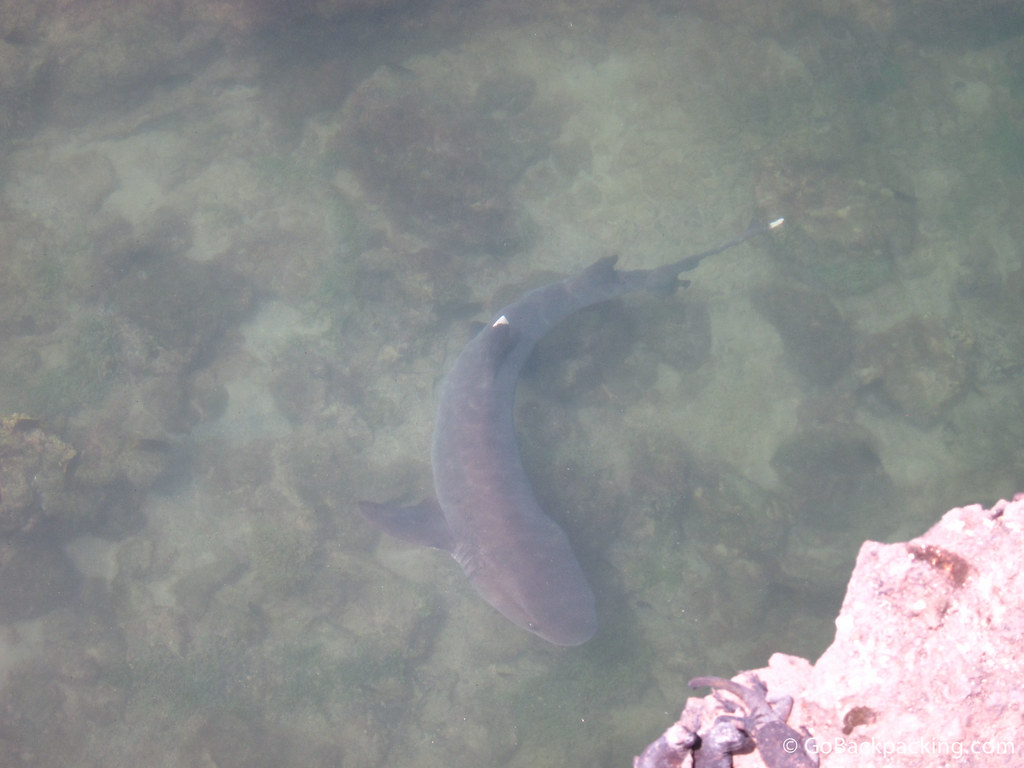 I was secretly hoping a Marine Iguana would slip and fall in the water so we could watch the sharks eat 'em, but it never happened.

On which island did you see the penguin? How many islands did you visit? Would San Cristobal be the one if I only had one choice? I love your blogs. So interesting. Thanks

We saw the Galapagos Penguins on Las Tintoreras Island off the coast of Isabela Island, which is by far the largest island in the Galapagos chain. I think you can spot them in other places as well.

My itinerary spent time on/around 4 islands (Santa Cruz, Espanola -- my favorite, Floreana, and Isabela). If you could only visit one, and do day trips from there to the surrounding areas and nearby islands, you might want to go with Santa Cruz. It's more central, and may give you more options than San Cristobal.

Just love the picture of the marine iguanas- Were you able to get int he water while you were there?

We went snorkeling almost every day, and sometimes twice a day, but not in the area where you see these penguins and sharks.

The biodiversity of the Galapagos is very unique, the iguana photo is remarkable!