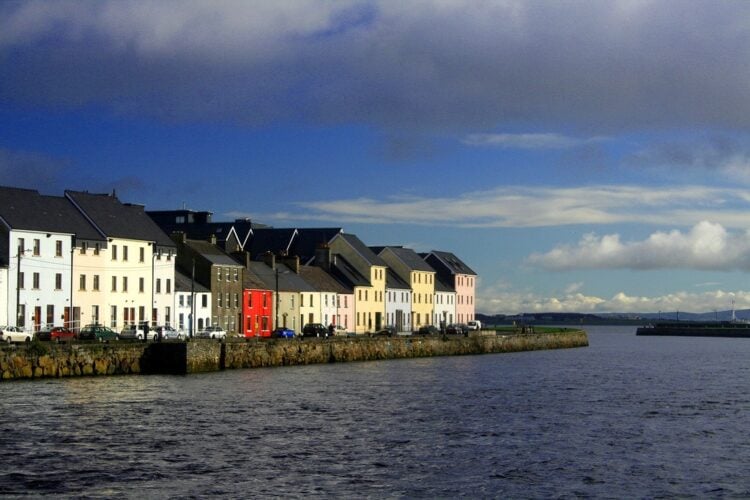 The Irish city of Galway has long been used to invoke a longing for home in Irish people around the world, with songs like “Galway Girl” representing the best of Ireland.

Probably the best known Irish song of all time is the classic “Galway Bay,” written all the way back in 1947 and made famous by Bing Crosby.

Describing the beautiful natural scenery that Ireland is known for around the world, “Galway Bay” was an instant classic, showing an international audience the iconic beauty of Ireland.

Over the years, the song’s been covered by a host of artists, from traditional groups like Celtic Woman to iconic performers like Sam Cooke and Johnny Cash (it’s also used to give a sense of homesickness in the Christmas classic “Fairytale of New York”).

I decided to head on down to Galway to have a look at the Bay for myself, and find out just why the city’s so popular for songwriters.

As soon as I arrived, I was pretty surprised to see Irish writing everywhere – it turns out that Galway has more speakers of the Irish language than any other city in the country, with a strong connection to the traditional culture and history of Ireland.

If you’re interested in finding out about Galway’s music and culture, for my money there’s no better place to go than the Quay Street.

With some of the city’s best traditional pubs placed along the street, there are a lot of places to get a drink and some delicious food.

Pretty much every pub on the street regularly hosts live traditional music, with bands playing throughout the night.

Incredible to watch and hear, but with the street getting pretty loud at times, I was glad that I’d booked a cheap room in the Travelodge Galway hotel, a bit of a distance from the street.

Galway Bay side of the Cliffs of Moher (photo: Jennifer Boyer)

In the morning, I took off to explore the Bay, a huge expanse of water and natural environments.

Ranging from the city of Galway itself all the way out to Kinvara and the northernmost part of the Burren (a huge natural area that apparently shows off pretty much every type of natural environment in Ireland).

There’s really no better way to explore Galway Bay than from the sea, so I took a trip out with Sail Galway Bay, setting off from the Galway docks just to the south of the city.

Heading out along the Claddagh, the crew told us interesting stories about the places we sailed past, from the historic Spanish Arch (originally made to protect the city’s docks) to the Salthill beach (a gorgeous little area I visited later in the day).

All in all, the Galway Bay’s a great sight for anyone interested in nature, and I imagine that Irish people visiting the city might get a bit more of a homely feeling – Galway is a very Irish area, with a lot to explore.

This story was written in partnership with Travelodge and Sail Galway Bay.

Ireland is definitely one of my dream travels yet haven't searched much about it. So reading this post of yours just gave me an idea. Thanks! The views are just so great! :D