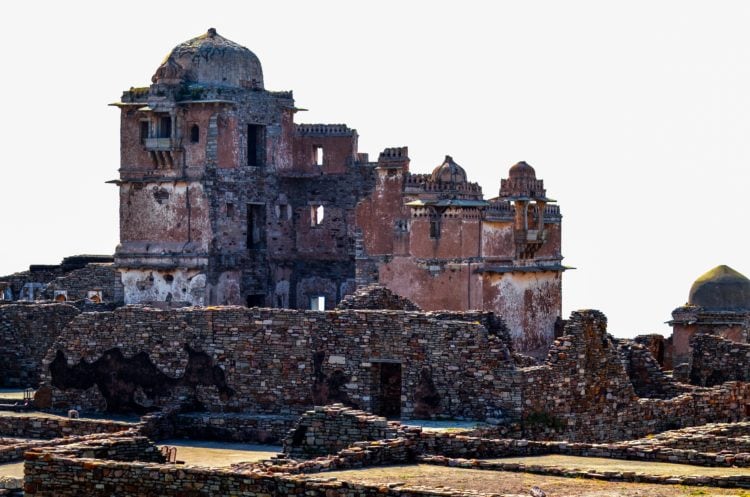 Editor's Note: Twinkle Garg is a travel blogger from Madhya Pradesh who is currently based in Delhi. In this guest post, she shares seven spooky sites from Rajasthan, India.

Rajasthan, recognized for its ancient buildings and tales of the royals, is a popular tourist destination. And the true stories of haunted locations in Rajasthan are sure to spook you.

If you have the nerve to keep your heart and soul together, scroll down to experience the real ghosts at seven of the most haunted locations in Rajasthan.

The Rana Kumbha Palace of Chittorgarh is considered to be one of the scariest places in Rajasthan.

Legend has it that when the Sultan of Delhi, Alauddin Khilji, assaulted the palace, Maharani Padmini performed the Jauhar (self-immolation) in addition to 700 female followers.

Ever since many occurrences have been witnessed here, people have been said to hear the screams of women requesting aid to save their realm.

Around a year ago, a group of people stayed back one evening at the palace to observe if there were any paranormal activities occurring.

While checking out the passages, one of them listened to a voice requesting aid.

Stunned, and also scared as they reversed, they saw a woman standing in imperial clothes with a charred face! 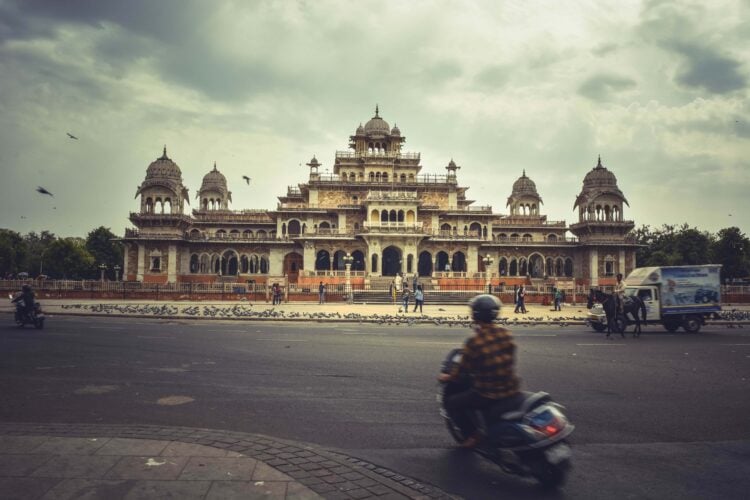 On the road in Jaipur (photo: AdventureTravelTrip)

Well known as the road that asks for blood, the Ajmer-Udaipur highway is just one of the most haunted areas in Rajasthan.

Situated nearby, Dudu village has countless repulsive stories connected to it.

A long time ago when child marital relationships were prevalent in India, a five-day-old female baby was to be wed off to a three-year-old kid.

The mom of the baby girl protested the wedding event, and she ran away in the direction of the highway to request assistance. Here and her baby were struck and killed by a vehicle.

While driving down the Ajmer-Udaipur freeway, three good friends ran into the ghost of a lady carrying an infant in her arms.

She sat in the rear of their vehicle and directed them out of the town.

Assuming it may be a headache, the buddies took it gently. However, the incident lasted for more than 15 minutes, and still haunts them! 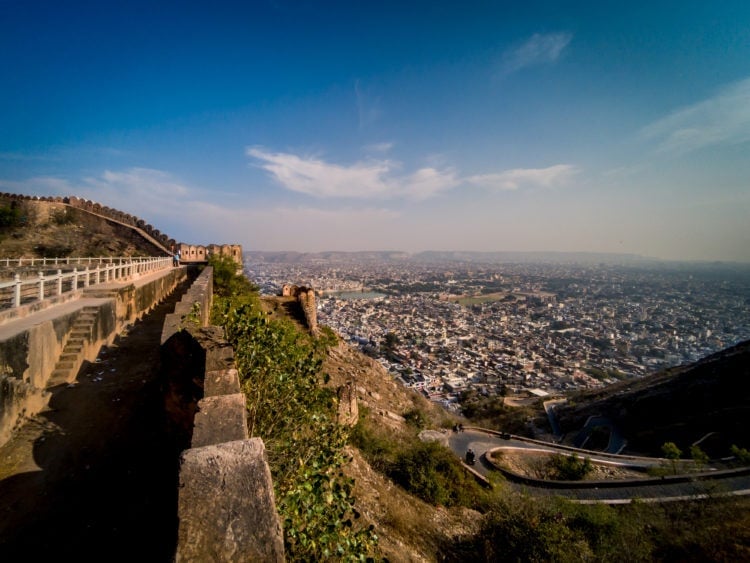 Nahargarh Fort stands beside the Aravalli hillsides, ignoring the pink city of Jaipur.

The walls of the fort were constructed high to separate the royals from the world around them.

The fort was developed by Sawai Raja Male Singh with Amer Fort and also Jaigarh Fort.

The king was so passionate about this particular fort that he developed for his queens, that after he died, his ghost continued to haunt the building.

There's always a need to renovate older structures to preserve them for future generations.

It is stated that the owner of one such repair company was discovered dead, inexplicably, in his residence. 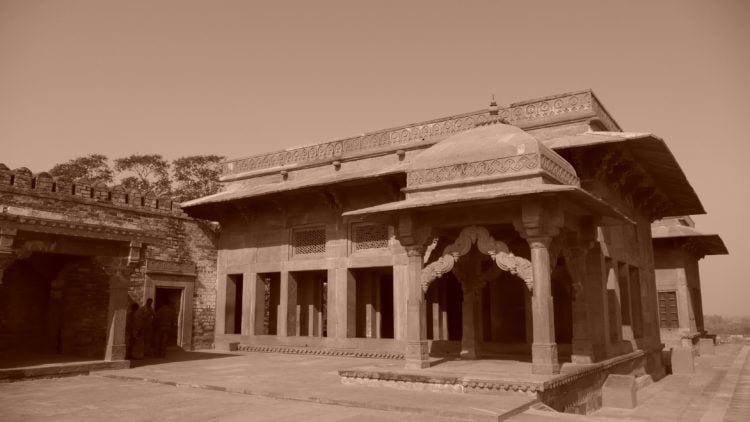 Next on our checklist of haunted places in Rajasthan is the Brij Raj Bhavan.

This majestic estate is currently a heritage resort haunted by the spirit of an English soldier. As attractive as it looks on the outside, it is considered to be one of the scariest places in Rajasthan.

During the Sepoy Mutiny, Major Burton, who was an employee of the East India Co., was killed along with his household by Indian militants at the Brij Raj Bhavan.

The residents say that the ghost of Significant Burton twists in this creepy area of Rajasthan.

Queen of Kota overcame the palace after Major Burton was killed by the army.

Queen of Kota talked with the reporters claiming to have seen the ghost of Significant Burton.

The spirit is considered safe and causes no physical damage to the fort.

Nevertheless, the ghost of Burton has a routine of hitting the sleeping security personnel.

Kuldhara is a deserted land as a result of an immoral priest.

The town has been abandoned since the 1800s due to a curse that cannot be lifted.

A wicked priest powerfully wished to wed a gorgeous citizen and endangered her family members to take hold of her.

The villagers vacated, leaving the spell intact, and ensuring no one can ever live or reproduce on this land again.

This extremely haunted place in Rajasthan was examined by the paranormal community of New Delhi.

Detectors, as well as a ghost-box, have recorded voices of the dead citizens, who even disclosed their names.

There were also scrapes on the car and footprints of the youngsters in the mud.

Past the beautiful palaces of Rajasthan, this vacation spot has a haunted vibe attached to it as it's a residential area where people live among witches.

The king of this haunted location in Rajasthan was hoggish and arrogant. Several villagers cursed him while dying of starvation.

The spirits of those villagers are still known to request assistance from visitors today.

Individuals staying in the house have seen witches walking the roads of Jagatpura.

It's quite a creepy experience to walk around after sunset here. 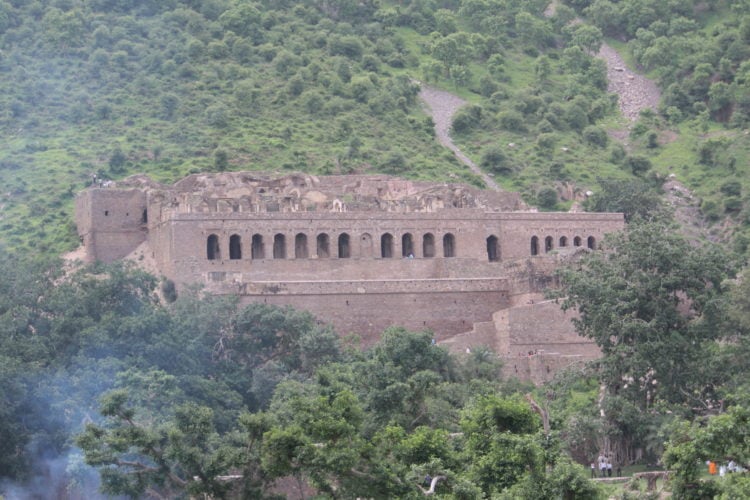 Bhangarh Fort, one of one of the most haunted structures in India, does not need any introduction.

A popular story behind the spookiness of the fort claims that a tantric wished to marry the queen of the fort – Rani Ratnawati.

After discovering his wicked thoughts, Rani obtained the tantric that use to do black magic at her palace.

Examples of haunted events include the ghost of the tantric shouting, a woman weeping for aid, and the clinking noise of bangles.

Have you seen a ghost at any of these haunted locations in Rajasthan? If yes, share your story with us in the comments below.

Twinkle, an enthusiastic traveler is always on the go to earn a new memory and create a virtual experience for her readers on golden triangle with ranthambore. Her stories give a firsthand review of the destination and are a great help to travelers.

Loooove this! Rajasthan was so full of eerie history.

What a nice story at Rajasthan ! Thanks for your sharing..