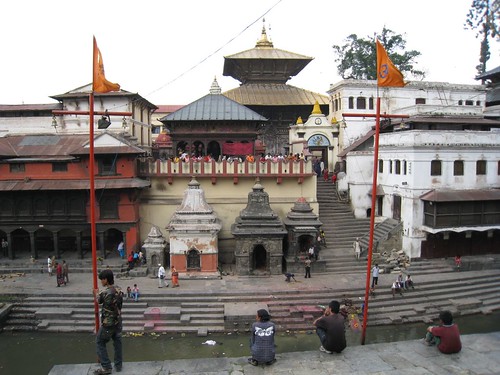 After my first peaceful night in Boudha (the area with the stupa), I awoke early to the the sounds of the nearby monastery's morning puja (prayers). I put my curiosity on hold and stayed in bed. 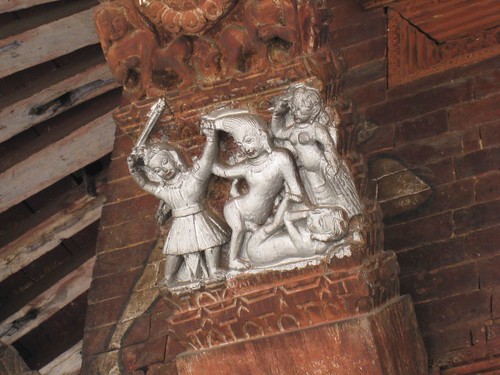 Later in the morning, I caught a cab south to my 5th World Heritage Site in the Kathmandu Valley, Pashupatinath Temple. The temple grounds and river are holy territory for Hindus, and I had been told it was akin to a small scale version of Varanasi in India. Only Hindus can enter the temple, so I was left to walk around the exterior grounds, taking in more Kama Sutra carvings and the cremations going on right before my eyes. 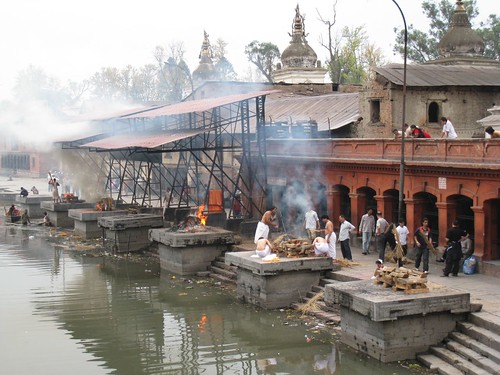 A smooth-operating tour guide started to take me around, and after a few minutes I realized what was happening, however because he said I could pay whatever I felt was appropriate at the end, I continued with him. Since I had obtained rates at the Durbar Squares, I had a sense of what the tour would be worth ($5-10 max). The tour guide spoke quickly, but he was informative and told me where I could take photos.

I'm not sure if it's appropriate to post the photo of the cremations in progress, however feel free to comment one way or the other. The atmosphere was rather somber, and you couldn't help but be respectful as people's loved ones were unfurled on the pyres. 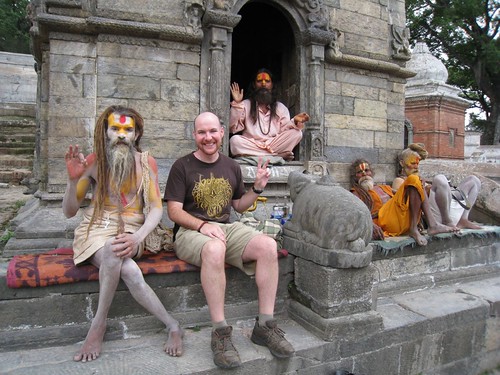 After the tour wrapped up, I handed the guide about $6. He was anything but grateful, insisting that students often pay several thousand rupees. In other words, he was asking for $20-30 which was laughable. I tried to present my logical argument that I wouldn't have taken the tour if he had told me what he expected up front, however he didn't relent. I handed him 500 rupees, or about $8, and walked away. 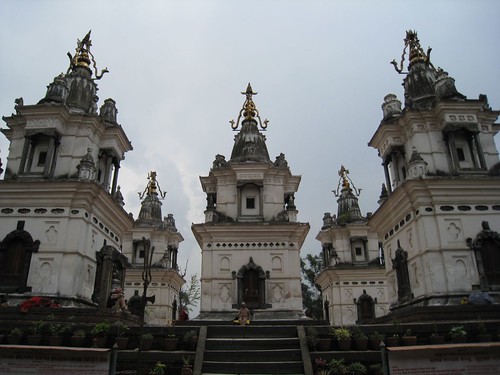 The whole situation felt a bit awkward as it took place in the central courtyard of an old folks home. Sadly, the old folks sitting around did not have anyone else to care for them, and were awaiting their maker next to the site of their eventual cremation.