The Hospicio Cabañas was built at the beginning of the 19th century to provide care and shelter for the disadvantaged – orphans, old people, the handicapped and chronic invalids.

This remarkable complex, which incorporates several unusual features designed specifically to meet the needs of its occupants, was unique for its time. It is also notable for the harmonious relationship between the open and built spaces, the simplicity of its design, and its size.

In the early 20th century, the chapel was decorated with a superb series of murals, now considered some of the masterpieces of Mexican art. They are the work of José Clemente Orozco, one of the greatest Mexican muralists of the period. — UNESCO

As part of my new effort to visit more World Heritage Sites, I stopped into Hospicio Cabañas on my last day in Guadalajara. 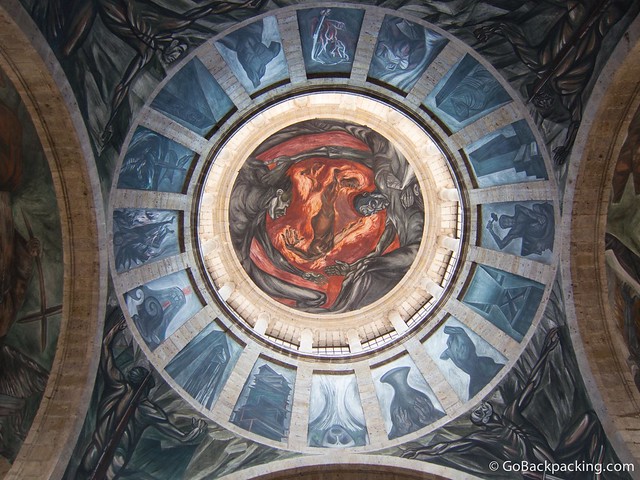 The complex is an immense network of interconnected buildings, spaced apart by 23 courtyards.

The main attraction is the chapel decorated with murals by José Clemente Orozco.

According to UNESCO, “Orozco's murals in the chapel represent in part the most symbolic and characteristic elements of the indigenous culture of Mexico (gods, sacrifices, temples) and for the rest those of Spanish culture (kings, monks, churches).

The central feature represents the submission of humans to machines, culminating in the masterpiece Man of Fire .” 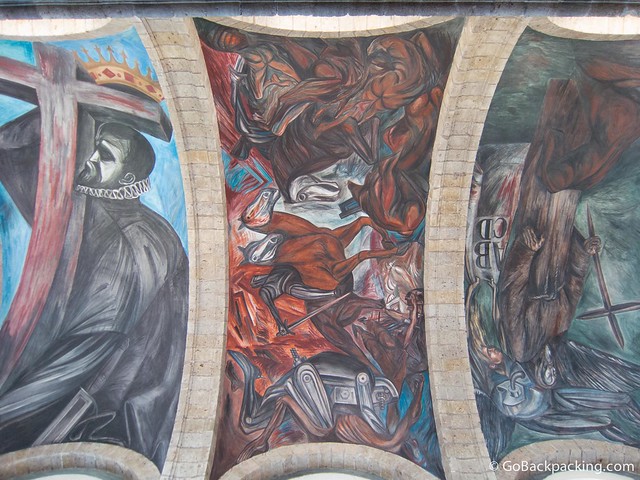 Additional ceiling murals in the chapel by José Clemente Orozco

The English brochure for the site includes very little information about the murals, so unless you're with a guide, or reading you'll have no idea what you're looking at.

Still, I found his style aesthetically appealing, even if I didn't understand the themes. 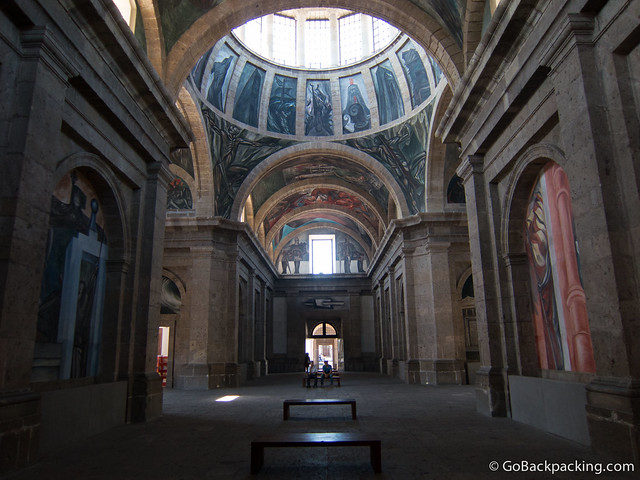 Inside the Chapel at Hospicio Cabañas

There's not much else to see here, aside from a few small galleries in the adjacent buildings.