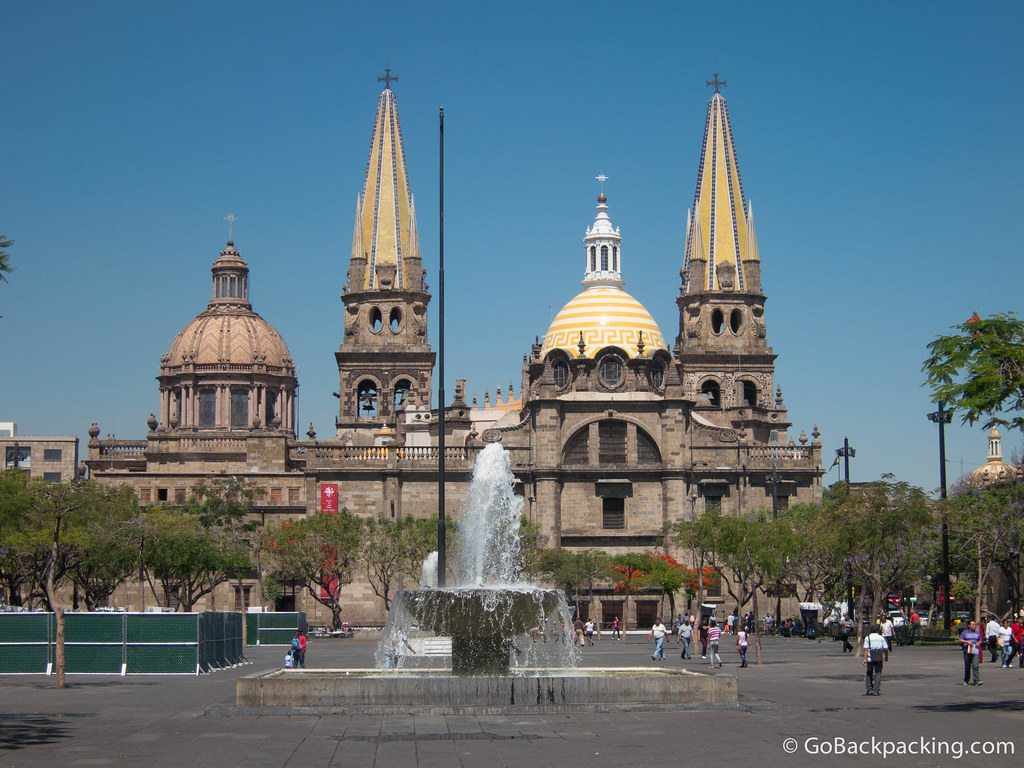 [I] waved goodbye to Christine, Drew and family at the Puerto Vallarta bus terminal, and was soon speeding east toward Guadalajara.

Not knowing much of Mexico, I always thought Guadalajara was a pueblo.

Turns out it's the capital of the central state of Jalisco, and the second biggest city in the country after Mexico City (which we all know to be one of the largest cities in the world).

Five hours later, we pulled into the new bus terminal on the western outskirts of the city.

From there, I took a taxi to my hostel in the historic city center.

Downtown Guadalajara is awash in historic buildings, and despite its size, it's still more relaxed and manageable than Mexico City. 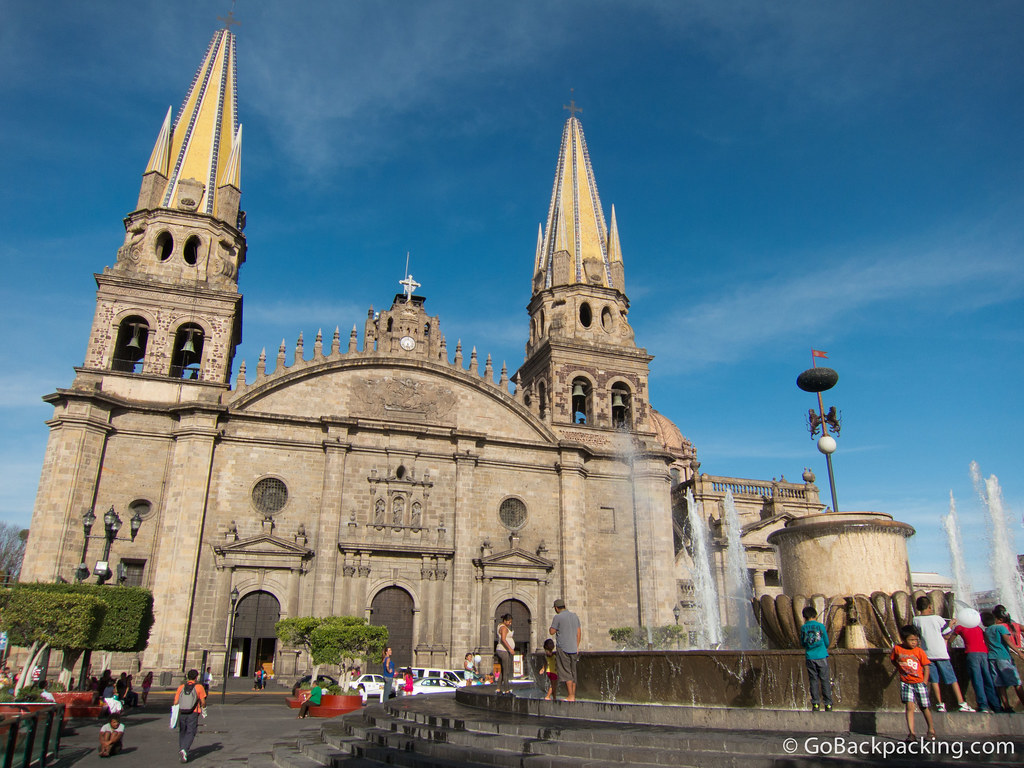 Front facade of Guadalajara Cathedral, which was built in the late 16th century. The area in front of the cathedral is known as Plaza Guadalajara. 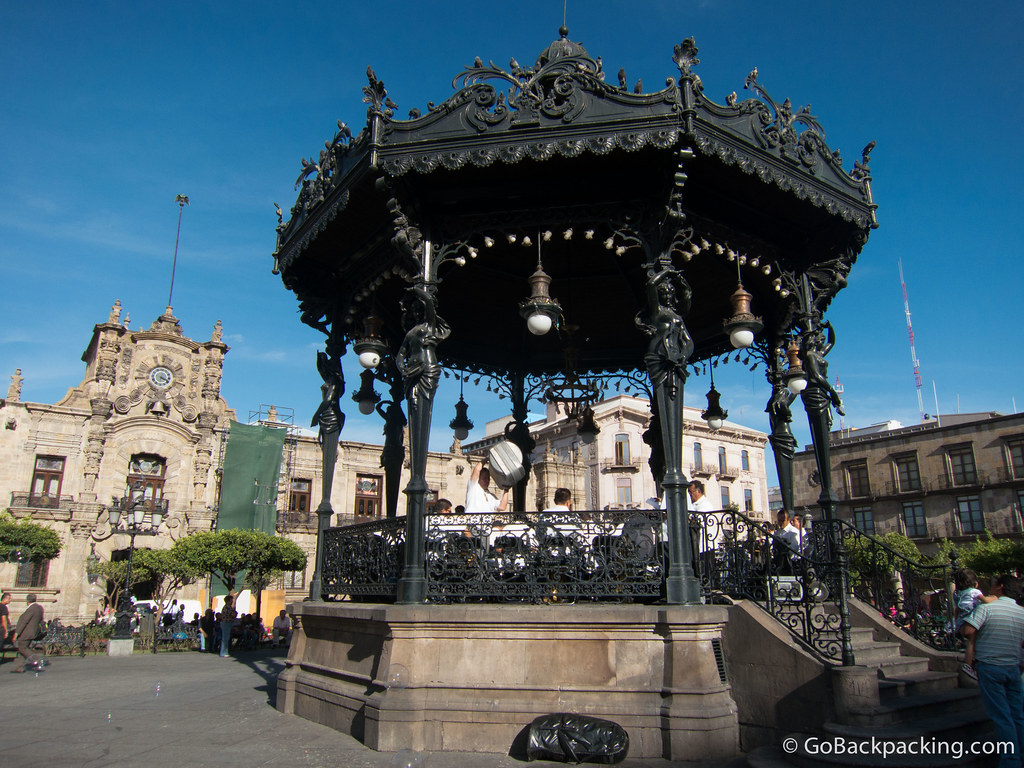 A French bandstand in the middle of the Plaza de Armas, east of the Cathedral. The Palacio de Gobierno (Governor's Palace) can be seen in the back left. 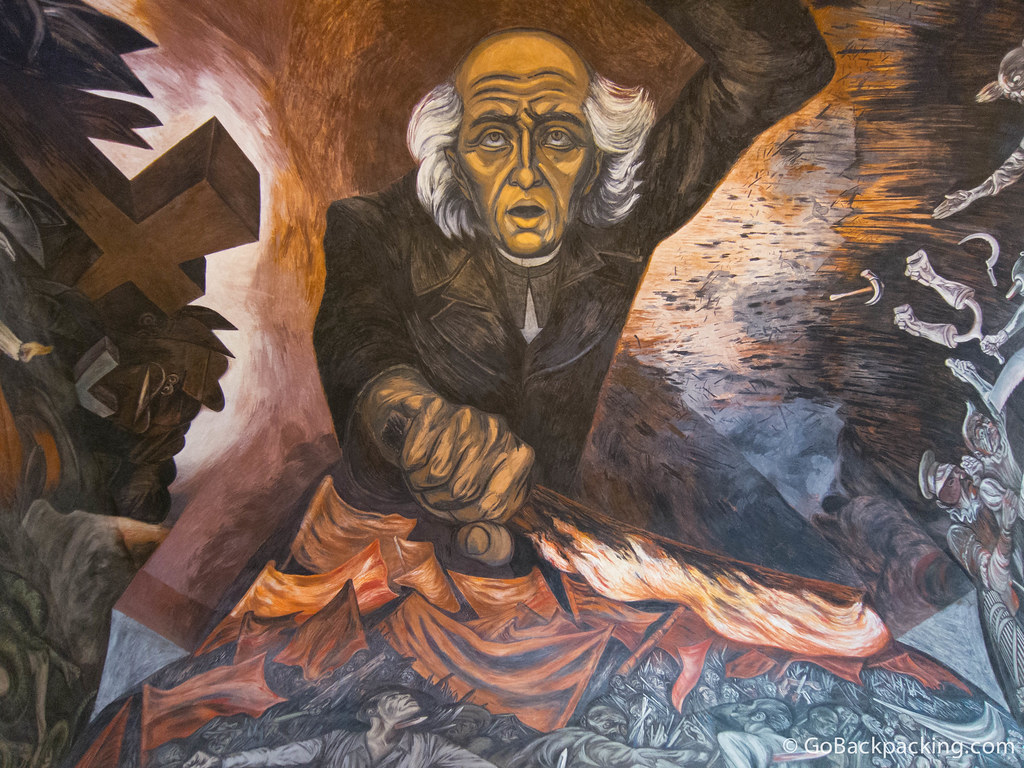 Huge ceiling mural painted by José Clemente Orozco in the Palacio de Gobierno. You can see more of Orozco's murals at the Instituto Cultutal Cabañas. 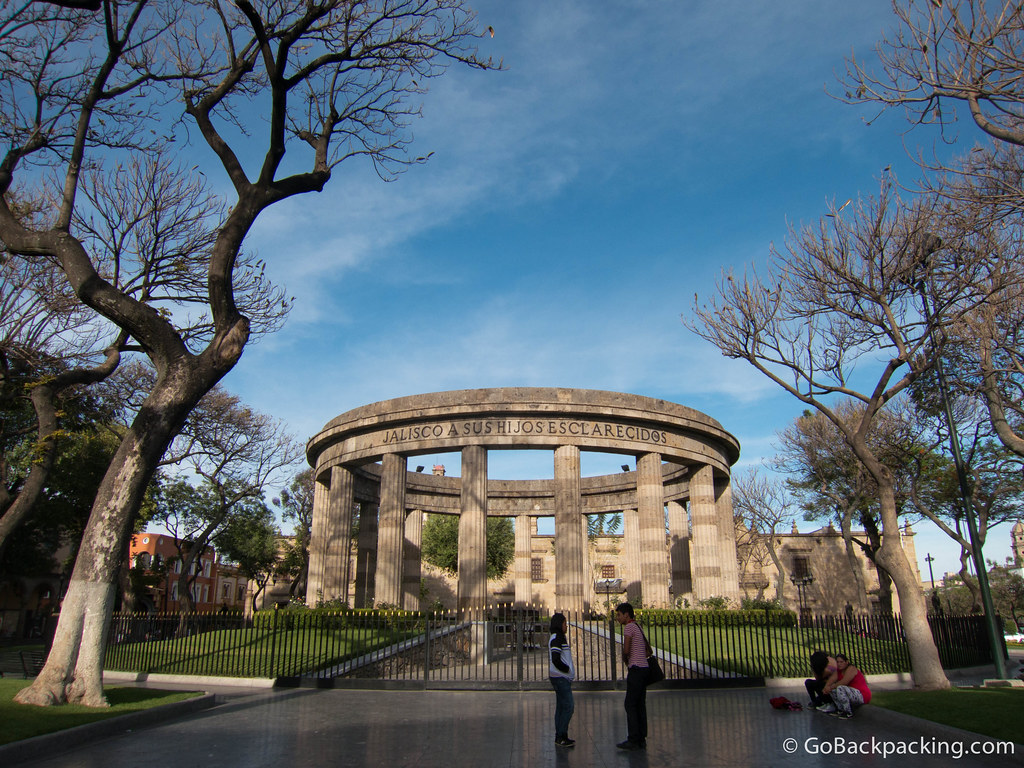 The Rotonda de los Jalicienses Ilustres (Rotunda of the Illustrious People of Jalisco) is north of the Cathedral. Statues of notable figures from the state surround the park. 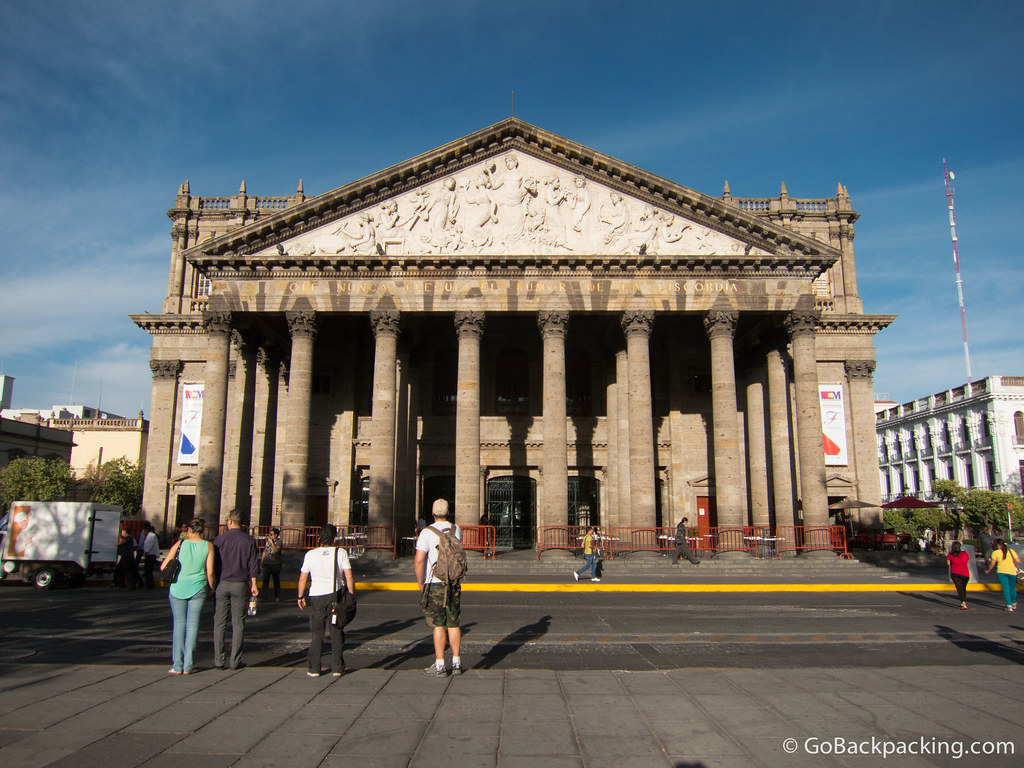 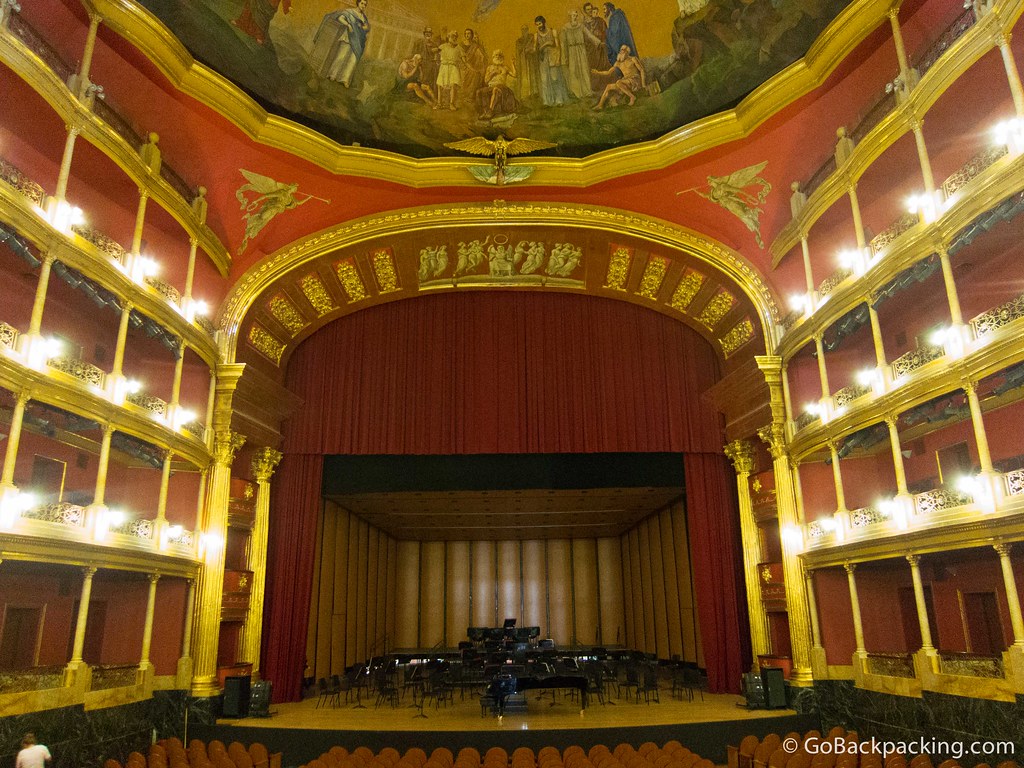 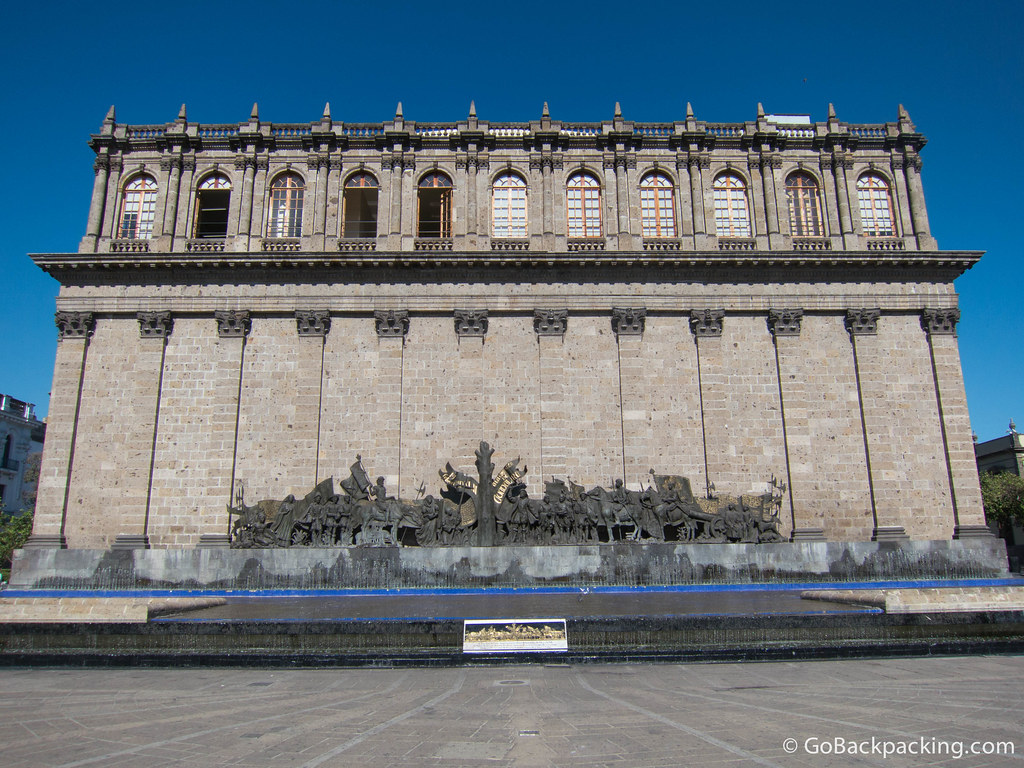 Behind the Teatro is a fountain and sculpture, which marks the site where Guadalajara was founded in February 1542. In the late afternoon, this becomes a popular space for street performers. 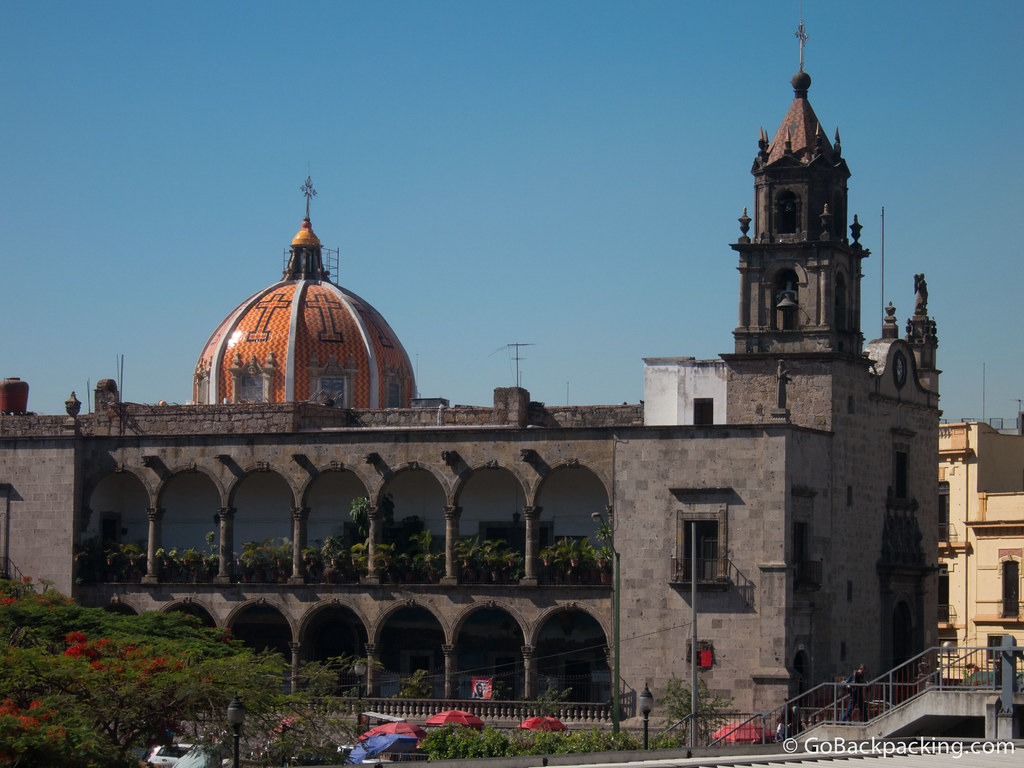 One of the many churches in downtown Guadalajara 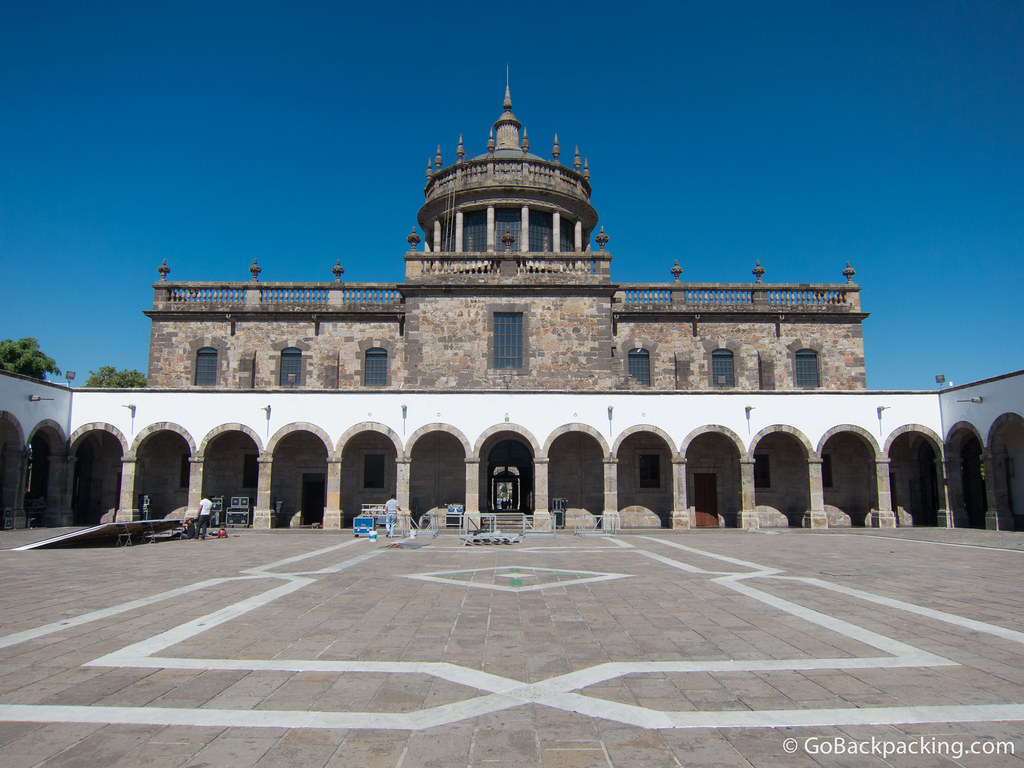 Great pics Dave. Mexico was my first destination when I left Toronto on a 1969 March break to find some place warm. I travelled down the west coast & got a fast education in how to survive. LOL. After several winters in Fort Lauderdale I'm now considering Costa Rica for a warm alternative. Take care

I am heading to Mexico next month and Guadalajara is my first stop! After 8.5 months in Asia, I will be 100% ready for some proper tortillas, huevos rancheros, and frijoles. It looks like a beautiful place from your photos and I can't wait to visit.

Thanks Stephen, the murals were a nice surprise.