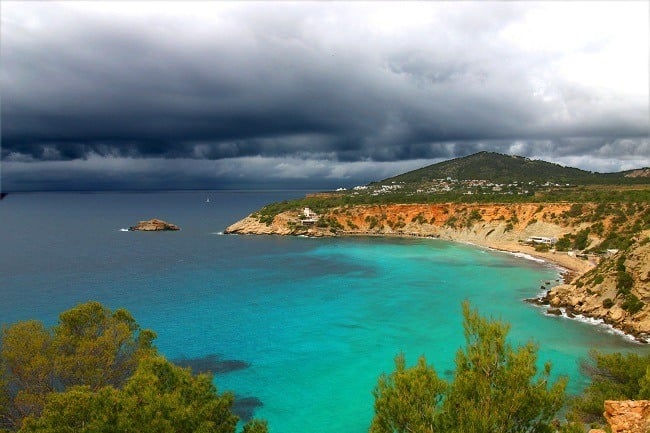 Ibiza receives a lot of international attention, mainly due to its nightlife.

In recent years, however, there has been a new tourist movement, mainly motivated by the fact that Ibiza’s government is strongly promoting a new vision for the island: the perfect place for quiet holidays, or even with family, a vision far away from the partying atmosphere typical of the island.

This has made it possible for the less-visited parts of the island to start receiving attention from tourists; even the history of the island has begun to interest a lot of people.

For these reasons, we've compiled some of the best curiosities of the island of Ibiza, for those of you that want to get to know the White Island better.

What's in a Name?

Ibiza’s name has its origin with the Greek people, who gave it the name of Ybsm or Ebysos (Island of Pines), due to the large number of pine trees that are found on the island.

From there, the name has evolved across the years with influences from various cultures that inhabited it: Ebysos (by the Greeks), Ibosin (by the Phoenicians), Aivis (by the Romans), Yebisah (by the Iberians), and Eivissa (by the Catalans).

The international name of Ibiza was given by the Spanish-talking people of Spain.

The island of Ibiza is, even with its great size, one of the smallest islands in the world, with just 41 kilometers from the northern point to the southern, and only 15 kilometers from east to west.

It’s because of this that is pretty easy to visit the entire island in a short amount of time, a fact that’s made even easier by renting a bike to make the most of your vacation.

In 2012 the island had 133,702 inhabitants, but that number tripled during Summer, rising to 400,000 people on the island, mainly due to tourism and partying. This seasonal influx continues year after year.

In the past the island was a great source of salt for the world. For 25 centuries, the island has made a big profit by selling salt from its big deposits, giving work to more than 1,200 people during its history.

According to the pirates that visited the island there was so much salt in the island that they believed in would never run out.

A lot of writers have placed their books in the Balearic Island, like Jules Verne with the Formenteran Lighthouse of La Mola, and in the case of Ibiza it was the Valencian writer Blasco Ibáñez, with his book “The Dead Order” in 1909, whose protagonist was a man who lived in the es Savinar tower, now known thanks to the novel as the Pirate’s Tower.

This post was brought to you by Turbo Rent a Car.