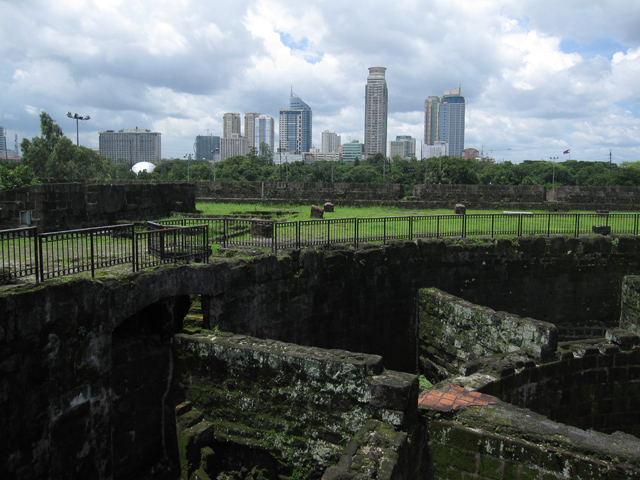 Manila is the capital and largest city in the Philippines.

It's a mega Asian city full of energy and action that never stops day and night.

The traffic is horrendous, full of vehicles, trucks, and the iconic public jeepney's that prowl the streets.

But when you visit Intramuros, things are on hold; the city seems to come to a halt as life slows down.

The walls, which were built in the 16th century, are still in place and contain some real gems for those that enjoy history.

When I was volunteering in the Philippines, I had a chance to explore quite a bit of Manila, and I enjoyed walking around Intramuros. 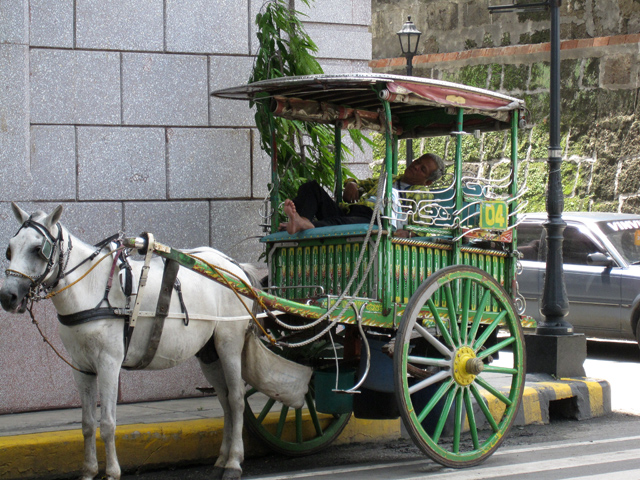 Waiting for customers in Intramuros

There are two main ways to get around Intramuros, walking, or taking a horse-drawn wagon.

I walked most of the time, but since a driver offered me a good deal, I also decided to jump in the back of a horse cart for the experience.

Though both methods of transportation are nice, I'd have to say I preferred to walk and be able to take photos and browse as I pleased. 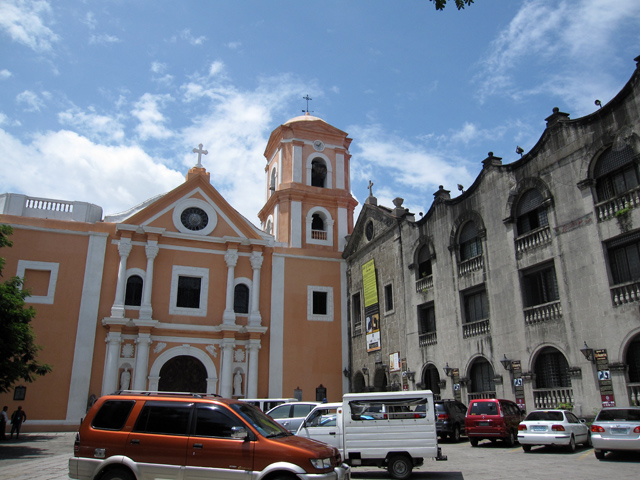 Though there were formerly eight different cathedrals within the walls of Intramuros, there are now just two left.

San Agustin Church has a lengthy history, and it was the first church built by the Spanish in Intramuros.

It's now been rebuilt and renovated numerous times, but it was initially constructed from local bamboo and palm branches.

Fires, earthquakes, and a variety of conflicts and invasions, yet San Agustin Church still stands. 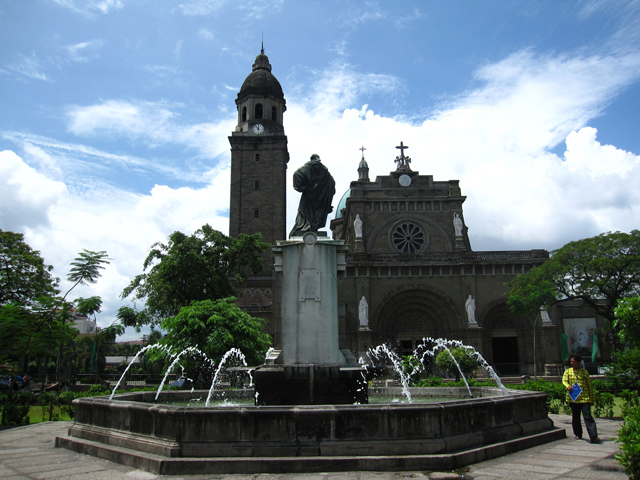 Another church that has a similar history and is perhaps more visually pleasing is the Manila Cathedral.

This Roman Catholic cathedral was first constructed in 1571, and it's also gone through several devastating disasters, with a final renovation completed in 1958.

The Manila Cathedral is a great meeting point, a place to find a horse carriage if you're interested, and an excellent place to begin your exploration of Intramuros.

As for museums, Casa Manila is one of the most famous in Intramuros. It's a representation of an old Spanish colonial home, and there's even a restaurant, coffee shop, and hotel inside. 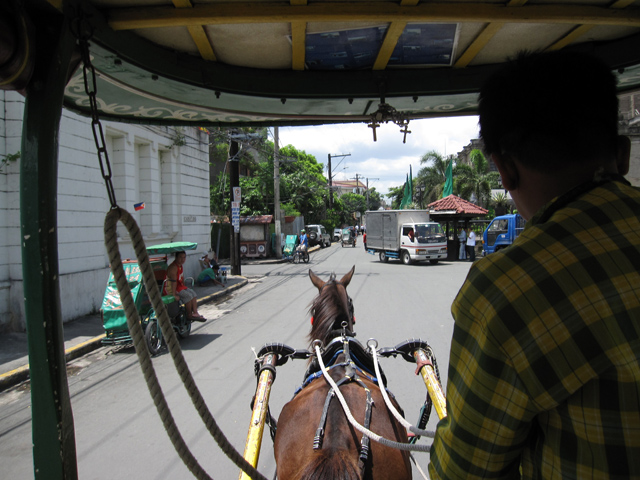 Fort Santiago, which is connected to the outer wall, is another landmark of importance in Intramuros. It was used as a stronghold for defense within the city.

The fort is also particularly famous for being where José Rizal, one of the founding fathers of the modern Philippines, was detained.

On the ground, you'll also find Rizal's footprints where you can follow the national hero from his prison cell to the place where he was finally executed.

Also within Intramuros nowadays you'll find schools, a few cafes, and some restaurants. Luckily it remains quiet and peaceful, unlike the rowdy traffic that roars just on the other side of the walls.

Of all the things to do in Manila, exploring Intramuros is one of the best ways to learn about the city's history and see the mixture of cultural heritage in the Philippines.

For a self sightseeing tour around Intramuros district, give yourself about 2 – 3 hours, make sure you wear sunscreen and drink plenty of water!

Hi there! hoe you come back here and see the best o the bests of my country. I and my friends are planning to go around the country. Try to google Batanes, Boracay, and Palawan. Hope to see you here.. .

That looks like a great place to wander around for the afternoon. I'm with you in that I often prefer walking to whatever local transportation there is, but it is nice to just say you've done it. You know? I mean, I didn't NEED that rickshaw ride through Time Square, but now I've done it, and it was worth it. Happy travels!