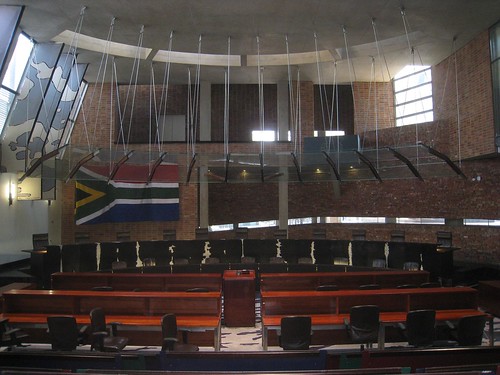 I used my last few days in South Africa to tie up loose ends and explore a little of Johannesburg, the city which inspired plenty of fear in me and most people who pass through it.

I organized a custom tour with the same guide who took me around Soweto.

We visited Constitution Hall, the site of an old prison which held the likes of Nelson Mandela and Gandhi, and currently features the country's constitutional court (akin to The Supreme Court in the United States). 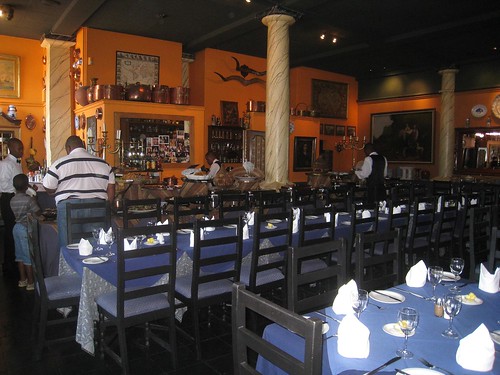 I wanted to enjoy a great meal as well, so we went to Gramadoelas in the theater district.

It has played host to many notable people, including Bill and Hillary Clinton!

When the guide first asked the host if there were any tables available, he said no, however, we managed a table outside without any sense of being rushed the whole meal.

In fact, we were the first to hit the buffet which was a beautiful sight inside the restaurant. At $19, it was costly but worth it. 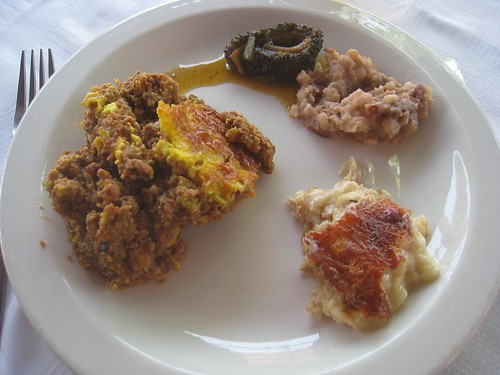 The ox tripe was about as awful as it sounds (but hey, I tried!).

Samp (beans and corn), reportedly Mandela's favorite, was also not my style either. 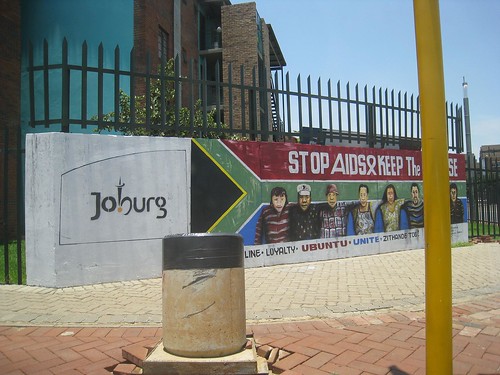 After lunch, we visited the top of Africa's highest building at the Carlton Center.

Peering up at it, I had trouble believing a 50-story building was the tallest on the continent, but maybe I'd lost sight of how much more developed South Africa is compared with any other country in Africa.

The 360-degree views of the metropolitan area were worth the dollar or two admission, though hills obscured Soweto. 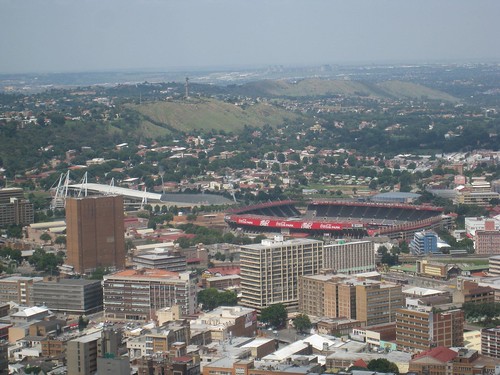 I finished the day with souvenir shopping at the Broma Crafts market a few blocks from Bob's Bunkhouse.

There were masks from all over Africa, but some of the ones which looked cool in the shop would probably be an eyesore at home.

I opted for a small, black mask with inlaid beadwork from Ghana.

Lisa - I booked the city tour through Bob's Bunkhouse. Just call or email them and ask about a city tour. I lucked out and got the head guide. His name is ´Jobu´ and he is very charismatic however I am sure the guides who work from him are great too.

Hi Dave. Can you give me contact info for the guide who took you around the city? I am visiting Jozi in 2 weeks and am having a hard time finding a good guide for the downtown area. Most seemed to be focussed on the suburbs. Thanks!!