The immaculately kept (and rubbish-free) Garden Majorelle in Marrakech

If you're like me, you'll find traveling hard. This is because you want to see the world, but you worry about the impact you're having upon it, due to your nomadic desire.

There's no denying travel is important. It opens your mind and gives you a type of education a classroom never could.

So, there must be ways in which we can see our planet, in all its glory, while doing as minimal harm to it in the process.

With that in mind, here are some ways you can be kinder to the environment while traveling.

One thing I've noticed among my own people at least (Australians), is that there is a tendency to “compare countries.”

Everyone has their “number,” which they know of by heart. Whoever's been to the most countries has to be more worldly and, therefore, a better traveler, right?

Well. Everyone has their style of travel, but I think it is important to remember that it isn't a race. There's nothing wrong with spending an extended amount of time in a country.

It gives you the opportunity to get a better sense of its land, culture and people, which can't be anything other than a rewarding experience.

Embrace the concept of slow travel. Give yourself time to appreciate each place you visit. You're a lot kinder to the environment and yourself in the process. 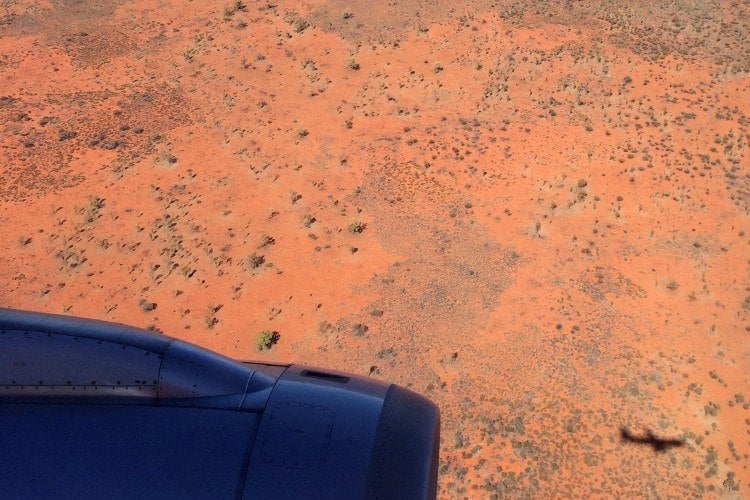 Sometimes there are few other options.

2. Book flights as a last resort

Plane travel is often inevitable due to its convenience. For example, I know I won't be jumping on a boat from England to Australia any time soon. The 24-hour plane trip is upsetting enough!

However, traveling by flight isn't the be all, end all. Trains, buses, boats, car sharing, heck, even bicycles are often on offer as alternative forms of transport. They're often a lot more pleasant than flying, which is becoming more and more of an ordeal as time goes on.

Rather than flying around Europe, consider using Eurail, Eurostar, or Interrail. The prices can be decent when booked in advance. Or, organize a whole adventure based on a train ride, such as the famed Trans-Siberian Railway.

Sometimes the journey can be just as sweet as the destination, and you rarely get that when traveling by plane.

3. Take a water bottle and bag

This is a favorite of mine and pretty straightforward. Plastic bags and bottles are pointless. Bring your own bottle and put a reusable bag in your pocket or day bag. You'll stay hydrated, and the bag will be there if you need it. Easy.

4. Be wary of greenwashing

Green is the new black and eco-tourism is a concept that is only going to grow in popularity. However, just because a company says they're going green, doesn't necessarily mean they are.

I liken it to organic food. Organics are an ongoing craze. As the word itself is not required to adhere to any regulations, you'll often find it slapped on products that, well, aren't organic – not in the slightest.

Be discerning and do your research. 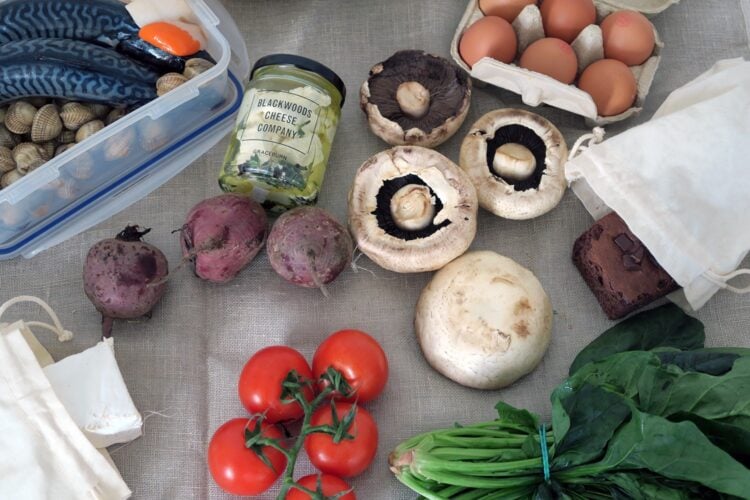 The haul from a local farmer's market in London, purchased using my own bags and Tupperware.

5. Don't adopt a wasteful attitude, bring what you need and put thought into it

I see a lot of guides on the internet, which say things like “don't worry if you forget/don't bring ‘x' item – you can pick it up on the road!”

Yes, you can, but you should only do this as a last resort. If you already own a fairly new toothbrush, then do you need to go to the expense of buying another? Especially if you just end up discarding it at the end of the trip.

If you put a bit of pre-planning into your travels, you can often cut down on expenses on the road. Make a list of what you think you need and try to stick to it.

I've found I'm less likely to forget things when I do this, or over pack. I don't need to buy unnecessary items, which means more money for important things, like food.

6. Make your toiletries, rather than buying travel sized versions

I can't think of how many times I'd buy those useless itty bitty deodorants or shampoos, only to lose them in the back of the cupboard when I arrived home.

These days, I tend to make my toiletries. It saves me money, and I like the fact that I now have a better idea of what I'm putting on my skin.

This one's a bit of a stretch of the imagination, but it's a good one to remember none the less. It's a case of being mindful – such as avoiding single-use items and not producing unnecessary food waste.

I really appreciate this post because everything on it is so true and valuable! Especially in a backpackers eye. Not only do these tips help and protect our environment's, but they also contribute to a well-thought out budget for supplies. By truly thinking about what you need to buy/bring, you will save money and time. By taking a reusable water bottle, not only will you be saving the use of plastic but you won't have to purchase bottles everywhere. By not adopting a wasteful attitude and using the bare minimum, so much effort and money can be saved. If you guys have any comments regarding backpacking budgeting please feel free to comment on my blog.

Thanks Gabby. It's a hard task to set yourself, but I believe the pay off is worth it, tenfold.

Wow! Great insights :) I never thought about exploring one country further, rather than country hopping.

One thing that always gets me is needing to purchase waterbottles to have clean drinking water. My Nalgene is my best friend and I hate not using it.

It's a very informative article about cost cutting when travelling around, in the meantime been an environmental conscious. together we can clean the globe while enjoying the natural beauty and explore what the universe has to offer

I love more and more people are becoming more conscious about trying to travel as environmentally friendly as possible, and that guides like yours, is posted for those who find it hard or needs a helping hand (like me), towards ways we can still enjoy travelling and care for the environment. I’d like your advice on how to tackle when travelling in countries where you can’t drink the tap water, I find it hard to reduce the amount of plastic bottles I go through, something I never really use at home in Denmark..

Hi Pernille. That's a tricky one. I recently went to Cuba equipped with chlorine tablets and a SteriPen, which seemed to be working... until we got sick. I'm not sure what caused it, but I was quite nervy about drinking the water from then on. Next time I go somewhere where I can't drink the water, I'm going to bring along a filtered refillable water bottle as well and see how that fares.