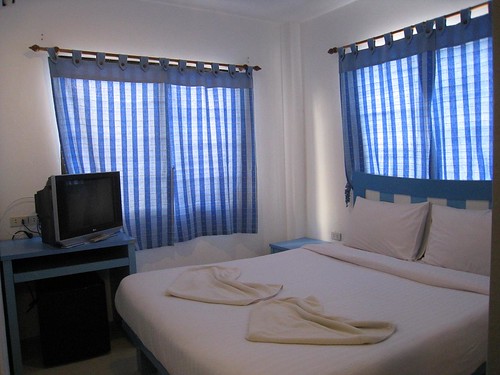 The longboat dropped us off along the more populated isthmus of Phi Phi and we headed into town, wet with sweat and saltwater. After receiving a tip from another traveler that most of the accommodation was of equal price and value, we went with air-conditioned rooms at his place. The tipping point was free internet, though we'd later find the catch was a sole computer with a 30 minute per day rule in a separate building adjacent to a construction site. The rooms were great though. My queen bed was wonderful, with big fluffy pillows and a soft comforter. A few cable TV channels and a fridge were included in the $24/night cost. 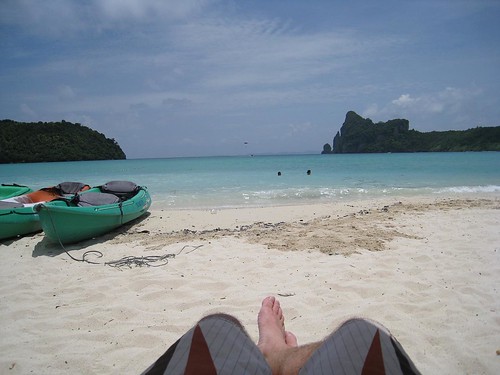 We settled in, got some brunch, and headed to the beach. To my surprise, the view was just as amazing as . Around sunset, I headed to the beach and found it to be low tide. Huge swaths of sand were uncovered while boats sat impotent, awaiting the water's return. 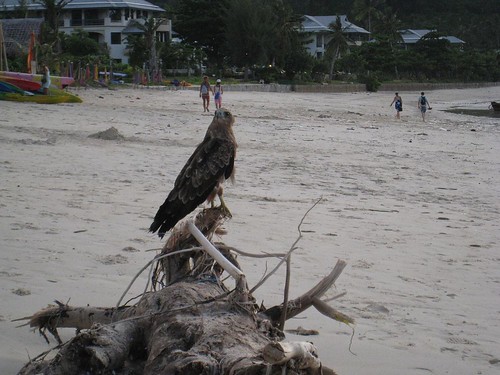 Locals were playing a soccer game on the uncovered sand, while tourists like me enjoyed a Singha, trying to absorb the absolute beauty of what was before us. 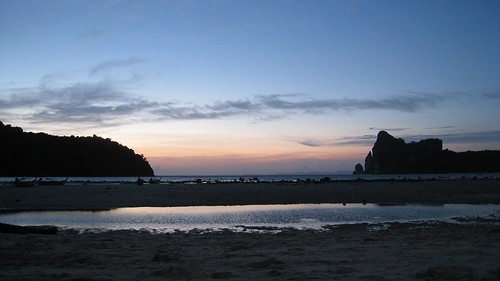