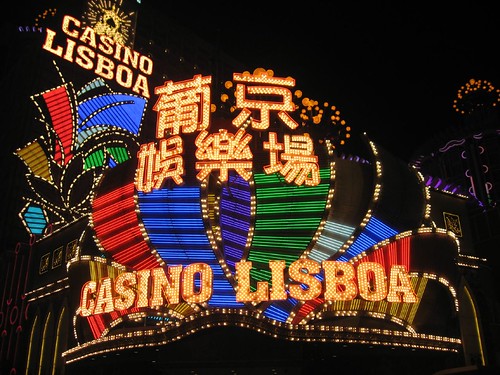 We all slept until at least noon on Sunday. I got up first because my bed had the consistency of concrete. I couldn't figure out how to heat up the water for the shower so I skipped one for the first time in weeks. I grabbed a pork dumpling lunch at a nearby restaurant. Sooooo delicious. I haven't been a big dumpling-eater in the past, and quickly realized I'd been missing out. 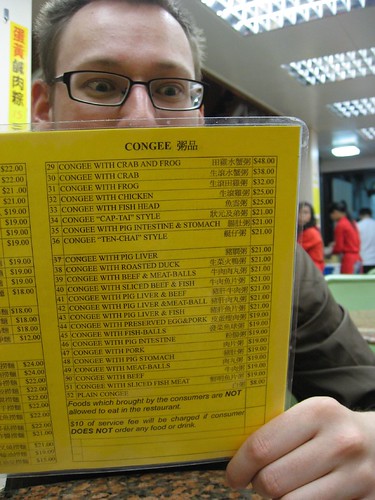 I spent a few hours on the internet during the afternoon, ensuring you have lots of posts to read and photos to view. And then it was off to a friend rice dinner with Adam. John noticed us as he was walking back to the room and joined us for a bit. After dinner, I suggested we head back to the casinos, though I was more interested in the sightseeing at the American ones than gambling. I lost $6 on roulette the previous night, a small reminder of why I don't want to gamble. 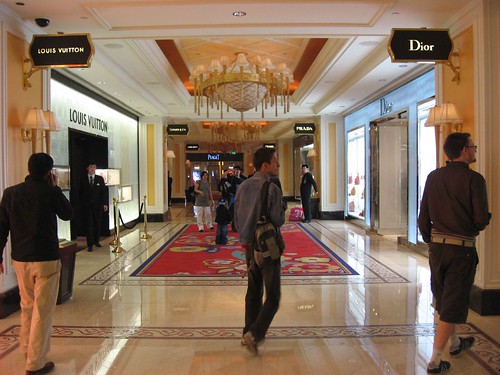 I was keen to explore The Wynn because I knew it was one of the newer ones. We caught the fountain show before entering the casino. Once inside, Adam was intent on finding another game of poker, however it would later be apparent Texas Hold-em was only played at the older/smokier Grand Lisboa. We stopped at a dice game called Sic Bo where a guy was doubling his money by simply betting that the 3 dice would randomly land on a sum between 4 and 10. After a few rounds, Adam and I joined, and started to win too. After we were up about $25 each, we walked away. Our next game was my childhood favorite, War! Adam sat down first, and I couldn't resist following suit. We both won a few hands, and I walked away with about $35 in chips burning a hole in my pocket. 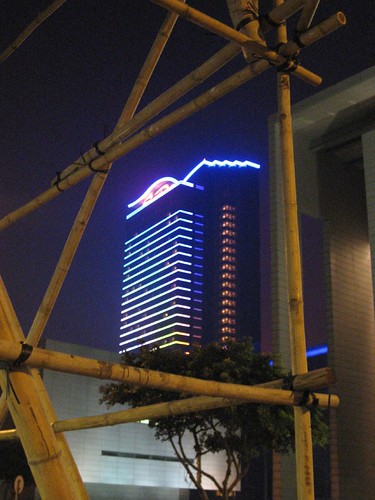 Before heading to the MGM Grand, I bet on another two impromptu rounds of Sic Bo, losing both times. We walked to the adjacent MHM Grand, and while Adam couldn't find poker, I managed to lose another few rounds of Sic Bo. I called it quits about $6 ahead for the weekend. Our last casino was a 15-minute walk away from the others. The Sands was a bit older, though occupied prime real estate along the waterfront near the ferries. 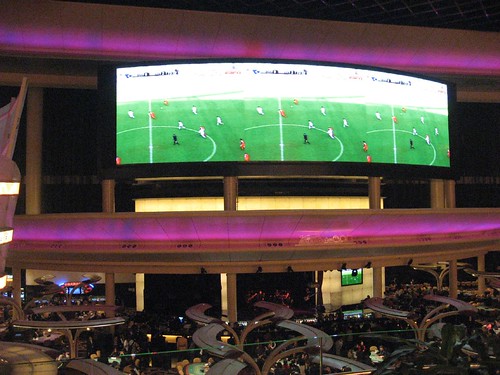 Again, no Texas Hold-em, and the restaurants had all closed for the night. As we poked around the waterfront, we ducked into a virtually empty arcade for some cheap fun with our winnings. It took awhile until we got a cab back to the hotel which was frustrating. We were all hungry again so we found a restaurant near the hotel which was still open. We ate, drank our large bottles of Tsing Tao, and per Adam's request to the friendly night manager, watched English Premier League soccer. It was another of a long list of surreal moments,C being so far from home, with new friends, having a great time. Such moments are seemingly born out of serendipity. The more time you have to travel, the more time you have to experience them!

so you didn't play roulette, blackjack or the slots - does that mean you ate a scorpion?

so you didn't play roulette, blackjack or the slots - does that mean you ate a scorpion?