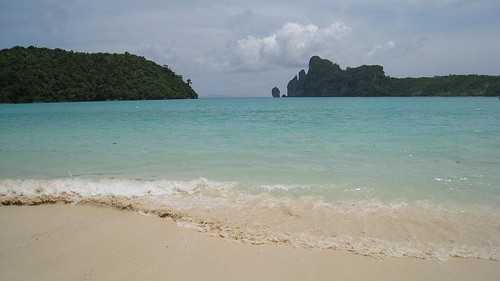 I splurged on a new pair of sunglasses and met up with the girls at the beach. We spent a few hours going for swims, reading, and just staring out into the sea. I went back to my room to get a cold shower, and fully enjoy the air-conditioning. I ended up napping for awhile. I was probably dehydrated because I was low on energy. In the back of my mind, I was hoping not to have a recurrence of the hotel-bound Phuket days. 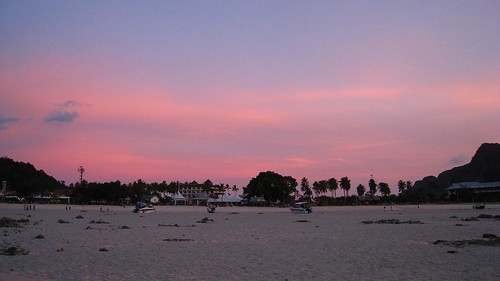 While I was napping, the girls went off to explore the lookout point, though they arrived after the sun had gone down. Meanwhile, I roused myself out of bed to hit the beach for yet another amazing sunset. The sky was filled with pinks and blues, though I was a bit bummed to have no one to share it with. 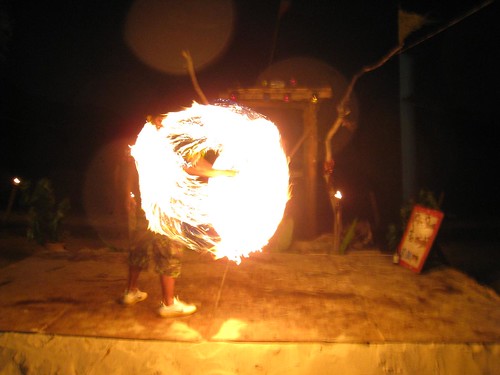 After sunset, I went back to my room where I met up with the girls. We went to dinner at Ciao Bella, an Italian restaurant on the beach. Along the way, we met up with another French Canadian. I had no appetite for the pizza or beer I ordered due to anxiety around my lack of energy.  Lots of French was being spoken. My mind drifted around as I tried to involve myself in the conversation from time to time. The Canadian guy had been living in Hong Kong for four months, and was starved to speak some French with Josie and Catharine who were happy to oblige.

Later, I learned how little English Josie and Catharine would've been speaking if I weren't around, and I decided a pinch of patience during such occasions was within myself. 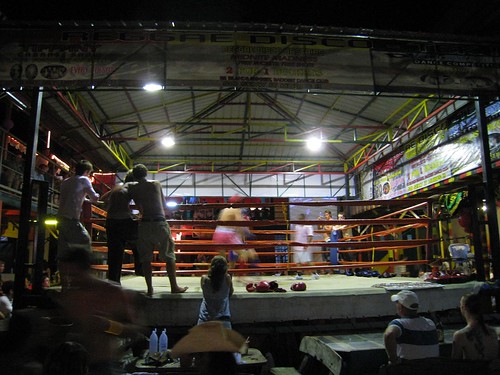 We watched a bit of the fire dancing on the beach (it never gets old) and I saw women doing it for the first time. The music was a bit too loud at some of the bars though.

Before retiring for the night, we stopped in at the island's reggae disco club which has a big Muay Thai ring where tourists can fight one another for a free drink. I found it rather obscene, and wondered why anyone would want to risk their health on vacation for such a stupid reason. We watched two tourist bouts – one was a draw after 3 rounds, and the other resulted in a win by an Israeli over an Italian.