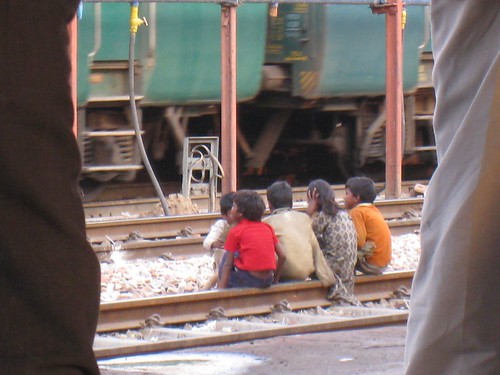 I missed my overnight train from Agra to Pathankot, the jumping off point for a bus to Dharamsala (which, in turn, is the jumping off point for a taxi to McLeod Ganj, home of His Holiness the Dalai Lama and the Tibetan government-in-exile). I was not a happy camper by that point. I had paid 75% of my room cost so I could hang out in it after the normal check-out time, and then I had spent another few hours at the hot, crowded train station. 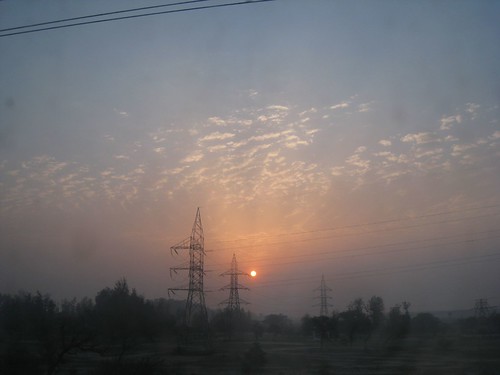 I was on the right platform, however they must have announced the train arriving on a different one. A guy started to help me out, and I accepted his support knowing he was benefiting financially in some way. I got a 50% refund on my train ticket, and accepted the cost of a commission from a travel agent to get a new overnight ticket situated for the next day. 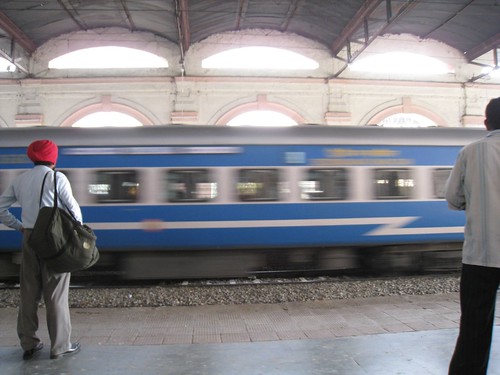 As I had the whole next day to kill, I ended up being taken for a ride (literally) by a friend of the guy who first helped me. Bottom line, I paid to hire an air-conditioned car for a half day to be taken to a series of commission-paying souvenir shops. The guys are good here in India…very good. Sometimes you don't even know what hit you, and you just get tired of saying “no” so you go with the flow (at your own expense!). 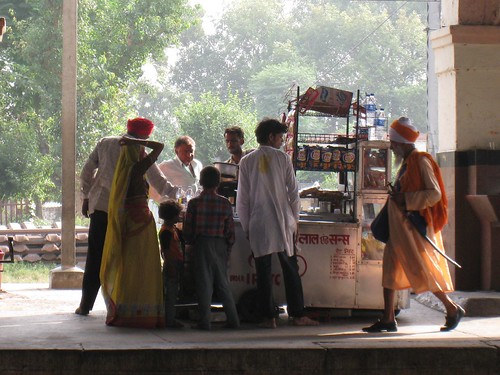 Thankfully, I made the overnight train the second time around, though my seat was unconfirmed (in effect, I boarded while still on the waiting list). I sat impatiently in the appropriate carriage, wondering if I'd be kicked off the train in Delhi. To my delight, an Indian passenger informed me I had been assigned a berth based on a recent printout that had been placed on the carriage a few hours into our journey. I put my sheets and blanket down and drifted off to sleep. 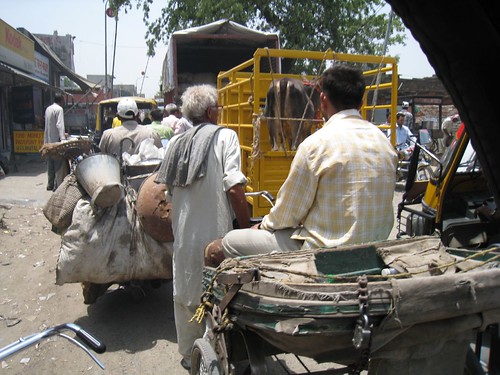 I arrived at the Jalandhar Junction train station a few minutes too late in the morning. My connecting train to Chakki Bank had already passed through, leaving me with a few hours to kill on the fly filled train platform. At least it was early in the morning so it wasn't too hot. As I began to look around, I noticed more turbins on heads, and a few guys walking around in orange and purple flowing outfits with swords swinging from their hips. I consulted my Lonely Planet which always has an answer for such cultural quandries. Turns out Punjab is home to a minority religion in India known as Sikhism, and its followers carry swords, considered to be one of the five articles of faith. 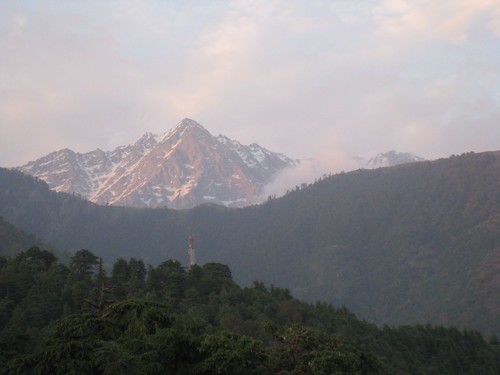 My train dropped me off at Chakki Bank, a town with a heavy military presence. I took a bicycle rickshaw to the stand where I could catch a bus to Dharamsala. I could've sworn the driver quoted me 15 rupees, which is why I went with him, however upon paying him a generous 23 rupees, he looked at me with disappointment, and said the cost was 50 rupees. I knew this to be way too high, as my 3-hour bus ride was only going to be about 70 rupees, however having accepted the ride with him, I gave him the 50 rupees, plus 10 as a tip. Once on the bus, a nicely dressed, well-spoken gentleman with whom I was squeezed against in the back seat informed me that the local rate was 10 rupees. He was tempted to step into the situation, but didn't see it as his place. I was just happy to know there are people out there who don't want to see us tourists being ripped off. 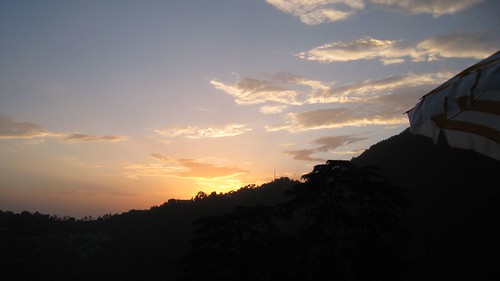 After the local bus ride which had me literally launched into the air after some large bumps in the road, I picked up the short bus to Dharamsala (which was nicer, and slower). Finally, I paid a taxi to take me from Dharamsala to the Green Hotel in McLeod Ganj. I had made it to my #1 destination in India after 24 continuous hours on the move, and 10 days coming across from northeastern India. I ate dinner on a restaurant rooftop, catching a great sunset against the nearby Dhauladhar range. It was worth it.