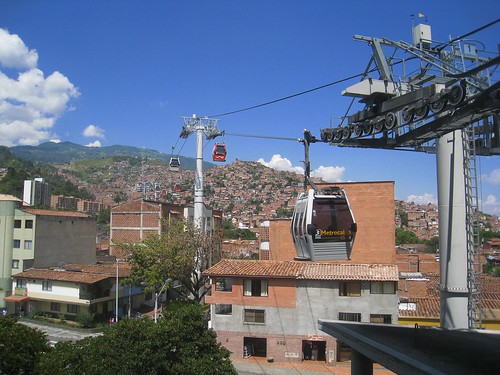 The southern cable car in Medellin

Medellin is very proud of its metro system, and unlike any other I´ve used, it features cable cars which extend off the train lines to reach up mountains to the poorer neighborhoods in the city. Based on the current exchange rate, the metro costs about 60 cents (US) per trip, including the metro cable if it is used. In fact, if I didn´t get off the cable car at the terminus for photos, I could´ve made a complete round trip from the train stop closest to my hostel for just 60 cents! 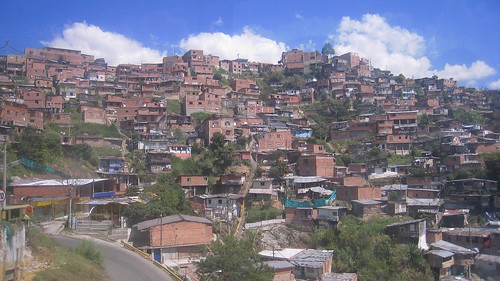 View from the cable car

The ride offered a safe and sound way to view the poorer districts of the city which climb up the mountainsides. The higher and farther we went, the steeper the staircases and streets became.  Based on some internet reading, I was riding over a part of the city where Pablo Escobar use to recruit his assassins. 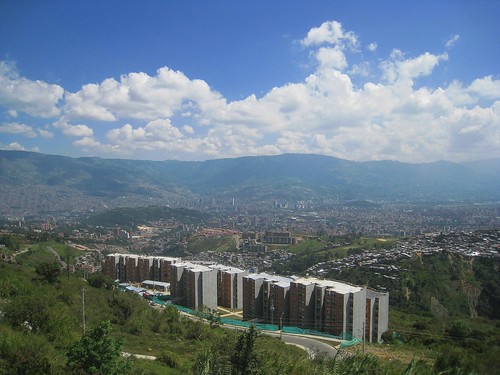 In a sign of just how undeveloped the tourism industry remains in this country, you won´t find a restaurant at the cable car terminus, nor even a souvenir stand. It is used for transportation only, though I imagine it won´t be long before an industrious Colombian decides to take advantage of the tourists riding the system for the scenic views of the city.

I'm planning a trip to Medellin soon and was discussing riding the Cable Cars. I was told that as a foreigner, it probably wasn't a good idea for safety reasons. Thoughts on that?

i haven't experience riding one...