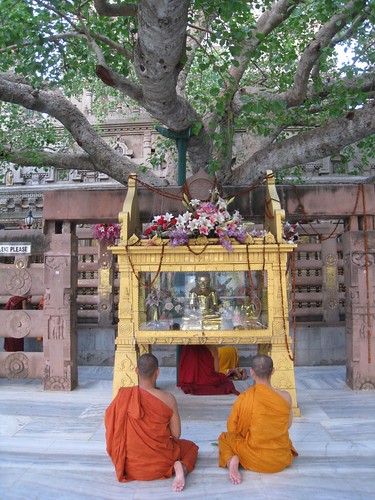 The next morning I slept through the 6am puja held at my monastery's temple. I deserved the extra rest. I also deserved to sit under the Bodhi Tree, alone, for a few minutes of quiet meditation! I made my way to the temple complex around 7am, sat on a stone bench under the tree behind the temple, closed my eyes, and did a short breathing meditation. 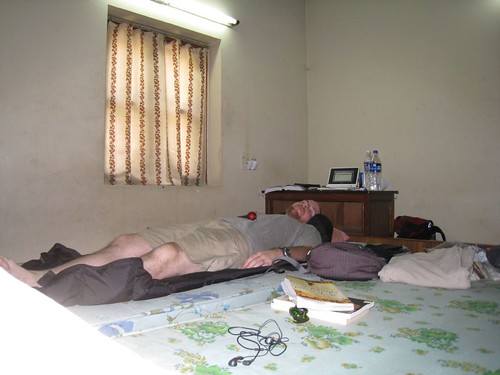 After breakfast, I kept myself occupied with reading, writing and music under the ceiling fan in my room. 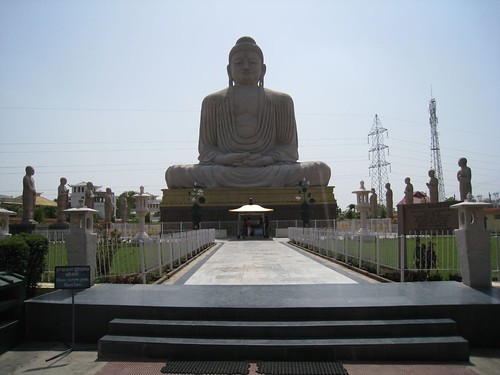 Around 2pm, I decided to walk the two blocks to see the 25m-high Great Buddha Statue unveiled by His Holiness the Dalai Lama in 1989. As you get closer to it, you have to remove your shoes. I slipped off my flip-flops to the painful realization that the stone (perhaps marble) path was VERY hot. As I approached the statue, I thought about the walk as mind over matter. Once in the statue's shade, I took a few photos, and headed back. This time, my feet felt like they were on fire, especially on the last few steps over a black section of the path. Hoping for relief, I put on my flip-flops, though in those few minutes, they too had become painfully hot. I was left with no alternative but to douse my feet with mineral water to cool them off. 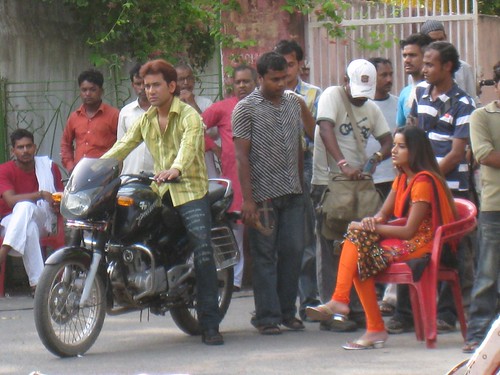 A few hours later, I headed back to the Mahabodi Temple for one last visit. Near the entrance, I ran into Ramesh, and then a Bollywood movie shoot in full swing. A well-quaffed actor was on a motorcycle while a pretty Indian actress in orange was to be riding in a bicycle rickshaw. The production assistants wielded field hockey sticks to help with crowd control. 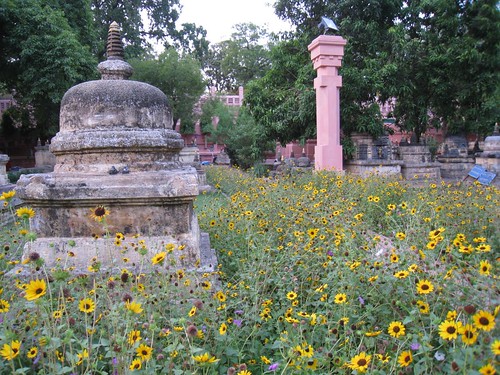 After a quick walk through the temple grounds, I invited Ramesh to dinner with me. While I found his presence overbearing at times, he clearly seemed interested in hanging out and helping me, without anything in return (except maybe a new watch or camera if I were to return some day). 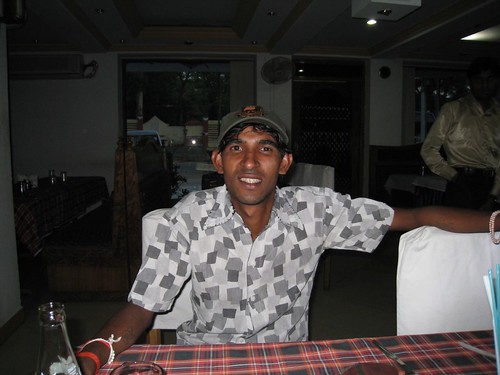 Thank you for your website post. Jones and I have already been saving for a new e book on this subject and your post has made us to save our money. Your thinking really responded all our problems. In fact, a lot more than what we had known in advance of the time we found your excellent blog. My spouse and i no longer have doubts and a troubled mind because you have actually attended to our own needs above. Thanks

Thanks. I'd been reading about and practicing Buddhist principles and meditation for about 5-6 years before I finally got to travel to that part of the world. It's amazing.

Thanks. I'd been reading about and practicing Buddhist principles and meditation for about 5-6 years before I finally got to travel to that part of the world. It's amazing.

Wow, I'm sooo jealous of this experience!!! My major in college was centered around Buddhism and we studied this sacred place A LOT. Very, very cool my friend. :)

Ramesh is an interesting figure in your story of your time in India... I wonder what his motivation for choosing YOU was??? Nice of you to go to dinner with him though.

I think single travelers are easy for the locals to befriend, whatever their motive (to take you on a tour, extract money, rob you!). He showed me some cards of other travelers he met there as well, so he seemed genuine.