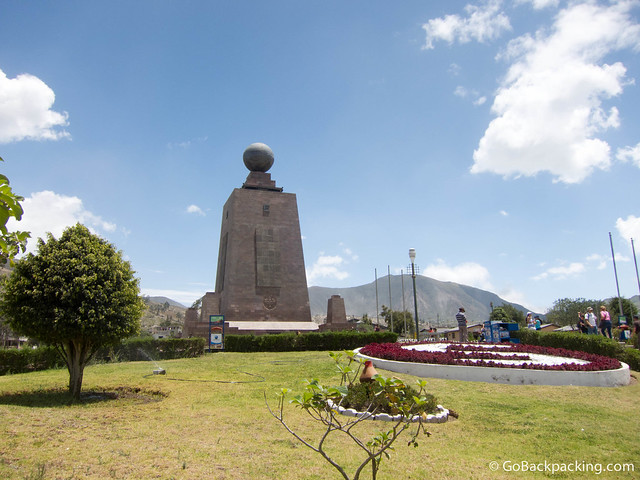 Visiting the Equator in Quito, marked by the Mitad del Mundo (Middle of the World) monument, is one of the top things to do in Ecuador's capital city.

To capitalize on this fact, a complex of gift shops, restaurants, and educational galleries (like the Insectarium) have been built around the monument.

But Type-A personalities and geoscience nerds beware, this 30-meter high monument was built in the wrong place back in 1982. 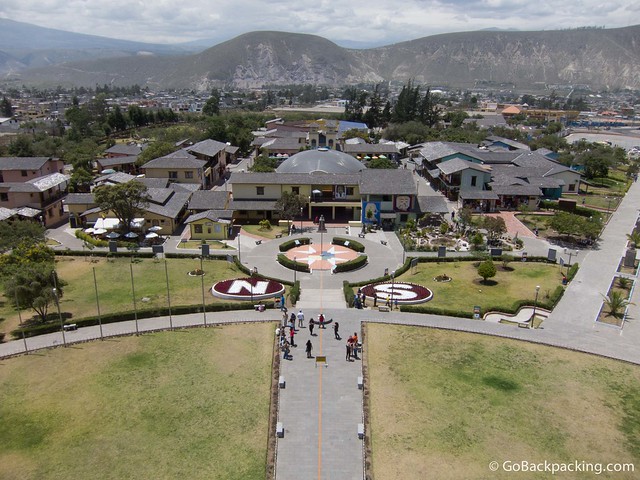 View from atop the Mitad del Mundo monument.

Based on current GPS measurements, the actual Equator is about 240 meters north of the Mitad del Mundo monument.

Luckily, it's a short walk from one to the other, so you can get credit for straddling both the false 1982-era Equatorial line (seen in the photo above), as well as the true line which is marked within the Museo de Sitio Intinan.

For the record, I enjoyed the experience of visiting the Museo de Sitio Intinan more than the Mitad del Mundo. 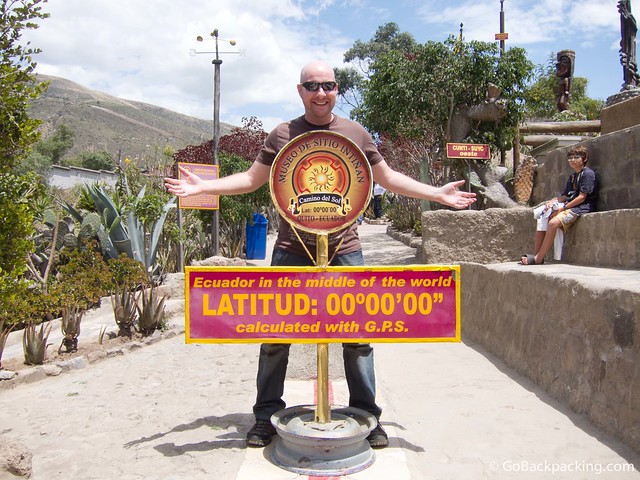 There's a series of experiments that are set up along the GPS-measured Equator line that help to demonstrate the effects of being exactly on the Equator, as well as differences between the Northern and Southern Hemispheres.

It's straight from an episode of Mr. Wizard. And I liked that educational aspect more than a simple photo-op in front of a dull monument. 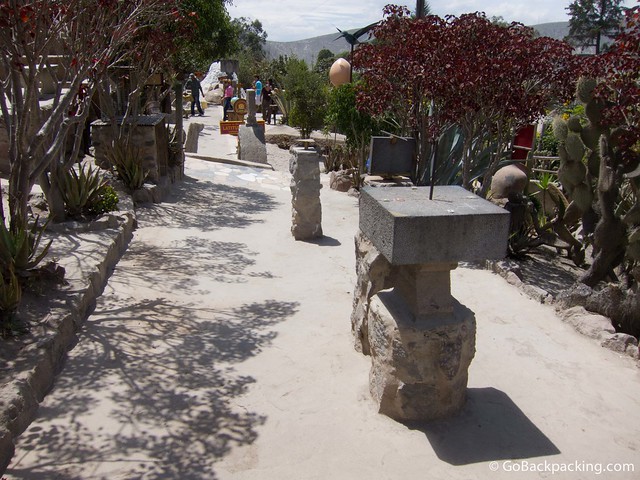 A series of experiments running along the true Equator.

For example, the Coriolis Effect is demonstrated using a tub of water and some green leaves.

When a bucket of water was poured into a tub on the Northern Hemisphere, it swirled in one direction (as indicated by the leaves floating in the water), whereas on the Southern Hemisphere side, the water swirled in the opposite direction. And the distance between the two was no more than 3-4 meters!

The most popular experiment is trying to balance a raw egg on the head of a nail. Apparently it's suppose to be easier to do along the Equator.

I saw them balanced there by others, but my attempts were in vain. Our guide said some mornings when he's feeling well balanced, he can do it easily, while other days, it's hard for him too.

In addition to the science experiments, the tour also takes you through some original, 100+ year old homes of the local indigenous people who use to live there.

I will go for it! But one thing i have to add! The Coriolis Effect cannot be shown by water and leaves. it's not true! But!! great post!

Such a cool experience!

Could that pose have been cheesier? :-)

Nope! Turns out that cheesy pose is my "go-to" pose. I try to think of different ones, but unless I'm at the Pyramids or Bolivian salt flats, that's what comes out!

Nope! Turns out that cheesy pose is my "go-to" pose. I try to think of different ones, but unless I'm at the Pyramids or Bolivian salt flats, that's what comes out!

Great post! Did anything happen when you stood at the true Equator spot? Did your watch go crazy or anything?

Nope, nothing crazy happened, and I was able to walk a straight line with my eyes closed. Apparently that is harder than normal on the Equator, but sounds kinda silly to me.