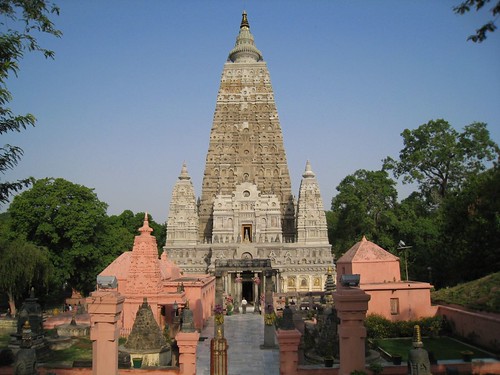 I took an hour to unwind, shower, and get my bearings before heading out to sightsee. Due to the intense sun during much of the day, I knew I had to take advantage of the early mornings and late afternoons. 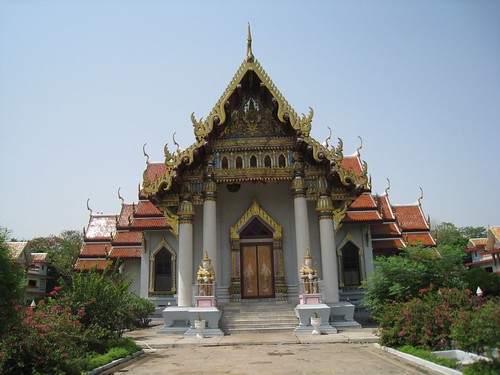 Bodhgaya is peppered with monasteries built by different Buddhist countries, each with their own unique architecture and style. After peeking into a few, I made my way to Bodhgaya's ace attraction, the Mahaodhi Temple. It was originally constructed in the 6th century AD, next to the spot where Buddha attained enlightenment. All visitors are required to remove their shoes when entering the complex. It's free to visit, yet you pay a small fee to take photos or video. 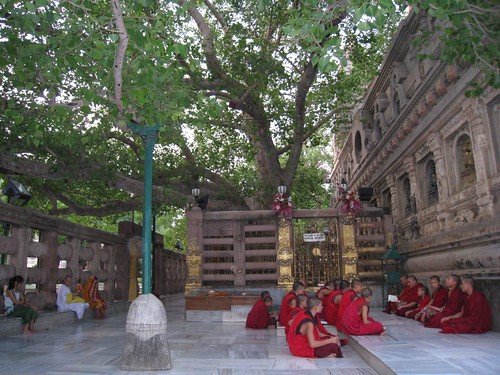 I had barely set eyes on the temple when a local, Ramesh, latched onto me and wouldn't let go (figuratively speaking). As usual, I clearly told him I wouldn't pay any money for a tour. He said he wasn't interested in money, and proceeded to guide me around the site. I took a seat under the Bodhi tree (a descendant of the original which was destroyed) and tried to soak in the experience. 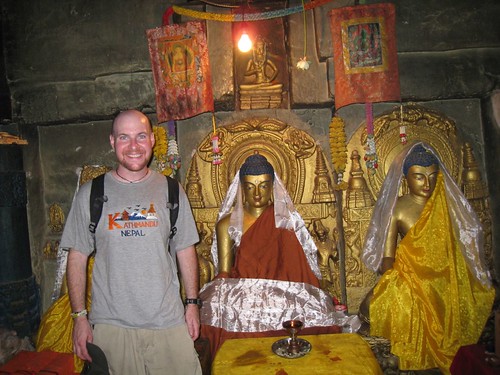 I continued to walk through the gardens and around the stupas, at times getting frustrated with the amount of talking done by Ramesh. Despite his kind nature, there are times when I simply want to experience a place alone, quietly! And I told him as much. We parted ways and I grabbed dinner at a nearby restaurant before retiring for the night. Walking past the main gate to the Karma Temple, and into the open concrete courtyard under a sky full of stars was a wonderful experience. As I went back to my room, I could see and hear young monks talking enthusiastically (perhaps even playing) in a grassy area. Later, around 8 or 9pm, I could hear their evening puja.