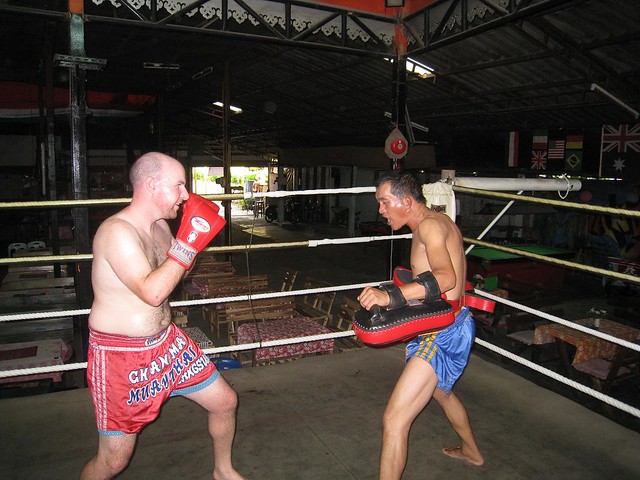 Before there was salsa dancing in Medellin, there was muay-thai training in Chiang Mai.

I've had a great run in Medellin, Colombia the last few years, but truth be told, I miss a lot of things about Thailand.

The flavorful curries, the Buddhism, the preponderance of coconuts.

Thailand has long been a good choice for digital nomads, such as Cody McKibben of Thrilling Heroics, who I recently interviewed for Travel Blog Success.

Reliable internet access, delicious food, and gorgeous islands and beaches to hang out at in the south make its appeal all but universal. 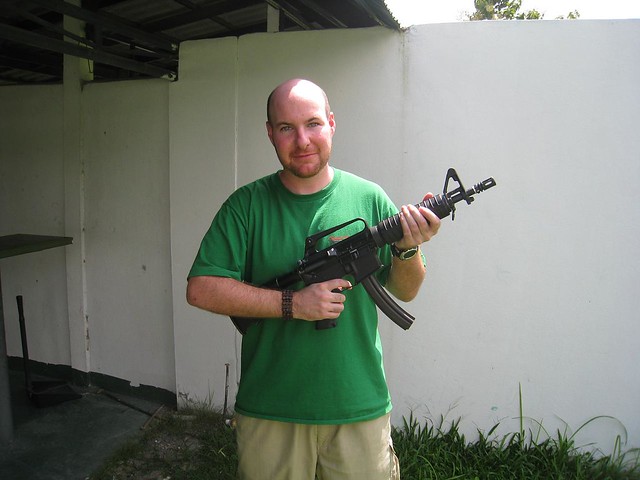 I shot my first machine gun, a modified M-16, in Chiang Mai.

Over the last few months, travel bloggers have set up shop in the northern city of Chiang Mai, which I visited for a week back in 2008.

Jodi from Legal Nomads is there, and she's rooming with Shannon from A Little Adrift. Those two alone would be worth the trip. Add Wes Nations of Johnny Vagabond, and the many others stopping through town, and well, it seems like the place to be right now for travel bloggers.

So in August, when it comes time to leave Medellin yet again, instead of traveling the rest of South America as originally planned, I'm going to fly to Bangkok (probably stopping on an exotic, South Pacific island or two along the way) and head for Chiang Mai.

Being based in Southeast Asia, I'll be able to visit Burma which I purposefully skipped the first time around, as well as see more of Malaysia, Indonesia, and maybe I'll even get over to the Philippines for some island hopping.

As always, I hope you'll join me for these new adventures.

Wow... If I wanted to hang with numbnuts with guns I'd stay in AZ.

Have fun! I'm visiting to Chiang Mai for the first time later this week - and by what I read on other travellers' blogs and see on their Twitter accounts, it's the place to be right now!

Awesome Dave! Best of luck to you man. What are your plans for Medellin Living? Oh the dream of location independence.

Hola Kevin, it was a joke. I'm living in Medellin till August and then heading off to see the rest of South America. Looking forward to enjoying my time here yet again!

Good luck Dave! I hope you have a great time.